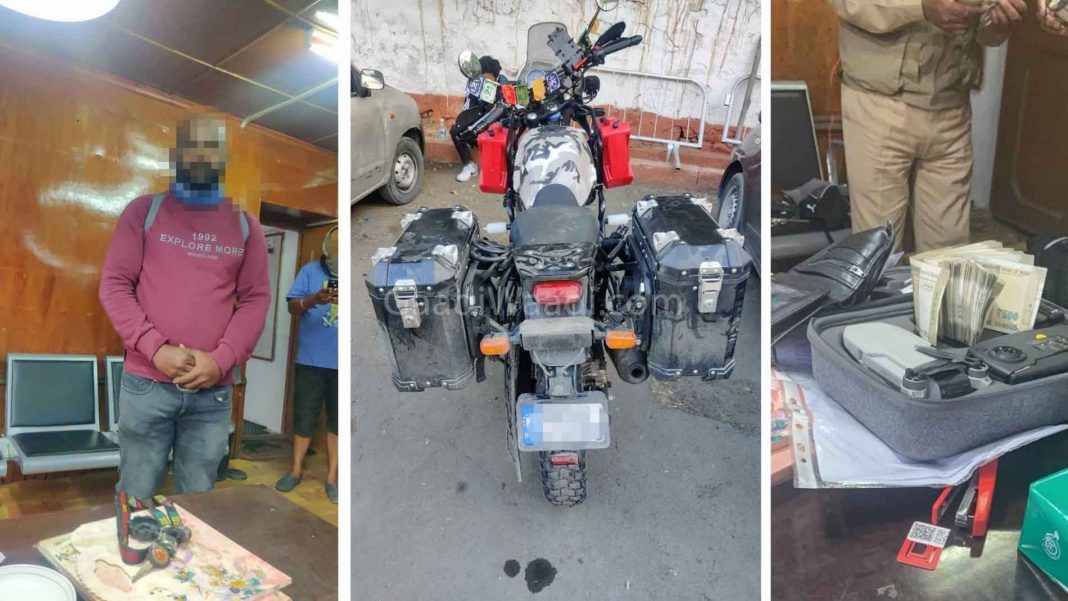 A man accused of thievery by tourists in Jispa village of Lahaul, Himachal Pradesh, was detained by the police in Leh, Ladakh

In a recent incident, a motorcyclist was detained by Leh Police following complaints of theft against him from tourists. The investigation into the matter reportedly kicked off after a police complaint was filed at Keylong police station by Attar Singh. The complaint identified the accused as Madhusudan L, a resident of Bangalore, Karnataka.

As per sources, the complainant had met the accused through some mutual friends. The former had transferred Rs. 41,000 via UPI, as payment for a camera lens on 22nd July, which was never delivered. The accused also reportedly removed a GoPro from a different rider’s helmet and stolen it, which was worth Rs. 45,000.

Also, Attar and his few friends had given some baggage to Madhusudan to carry on his motorcycle, as the latter had free carriage space on him. The luggage included a Sony camera, two camera lenses, a microphone, a camera drone, a mobile phone charger, a motorcycle’s RC, and a few other items, all amounting to upwards of Rs. 4.5 lakh. 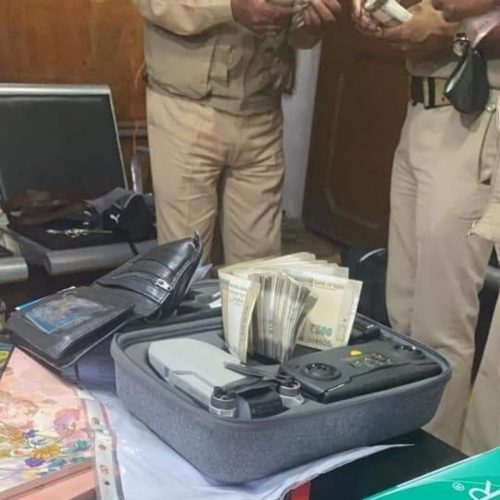 The accused had apparently loaded luggage under the pretext of helping them out, but then ran off with these items. Attar shared details with the police, including the accused’s photographs and motorcycle numberplate, which helped with the investigation. Madhusudhan was found to be at Leh, after which Leh police nabbed him. Lahaul Spiti SP Manav Verma had stated that the SHO is coordinating with his counterpart in Leh, to bring the accused to Keylong.

Several other complaints have also popped up online on various social media platforms. The other reported victims have also shared similar stories, about how the accused Madhusudhan alias Gowda joined a motorcycle ride group, rode together for a day or two, and then took off with items like laptops, camera drones, cameras, and even cash.

This is not an isolated incident, and such thefts and scams are quite common in tourist destinations. Thieves like these usually target unsuspecting travellers, so it is highly advisable to be careful on trips and tours. We urge our readers to travel safely and responsibly.