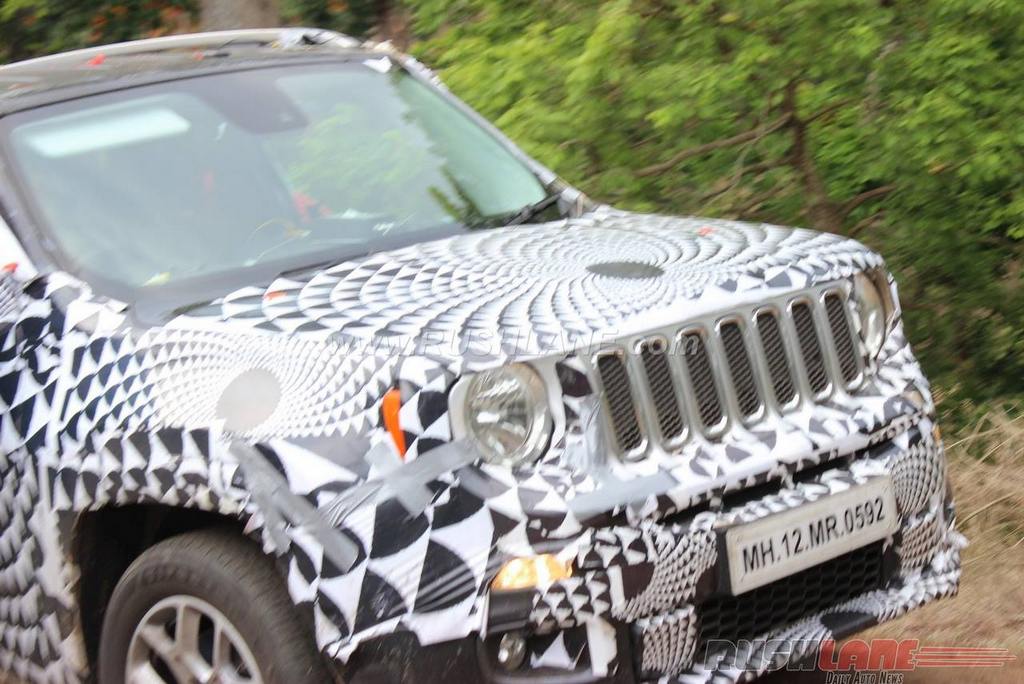 The Jeep Renegade has been caught testing once again on Indian roads courtesy of a Rushlane reader. Spied in Tamil Nadu, the Renegade test mule interestingly had a Skoda Yeti to its company. It was reported to have been testing components for the forthcoming Jeep C-SUV which is more likely to rival the tall-riding Skoda Yeti in the first place.

The Jeep C-SUV or Project 551 is confirmed to be in the works as the vibrant American SUV maker is set to launch the model in the third quarter of 2016 as the world premiere will be hosted in Brazil. It will act as the replacement to the Compass and Patriot and will be positioned between the Renegade and Cherokee. The US market is expected to receive the compact SUV by the closing parts of this year before deliveries begin in 2017. It will be rolled out of the production lines at Jeep’s Brazilian facility in Pernambuco before manufacturing starts on full swing as late as February 2017.

The Jeep C-SUV will be based on the stretched platform used by the Renegade and will make way for a Trailhawk version sometime in its life-cycle. The Small-Wide platform it sits on is basically a front-wheel drive module in which the six-speed manual transmission is more likely to be offered as standard. A 2.0-litre Tigershark petrol and 2.0-litre MultiJet II diesel are possible engine options. The top-of-the-line variant could get a nine-speed auto ’box sending power to all four wheels. It will be manufactured at Ranjangaon plant, a Tata FCA joint venture, from 2017 as nearly 300 million dollars goes into the preparation of the new facility. India will act as a production hub for RHD markets as the C-SUV is aimed mainly at customers locally and in Brazil. The Jeep Renegade has been caught running trials several times in India but reports emerged on the internet said the SUV is deemed to be too small for the Indian market. If launched then, it is expected to be available initially via CBU channel before entering local production.
Source: Rushlane and Carscoops