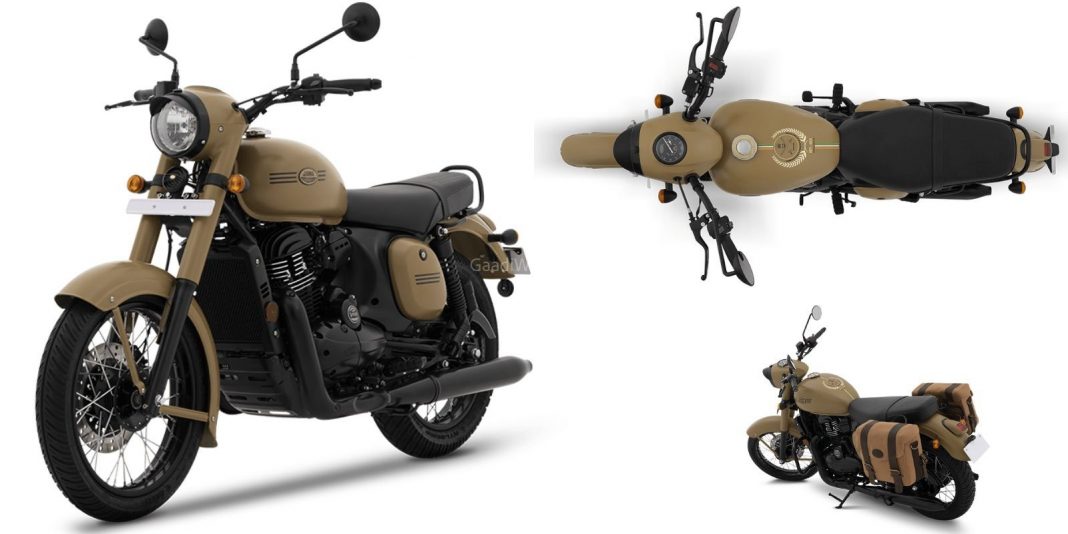 A few months ago, Classic Legends introduced the Jawa 42 2.1 with a more powerful engine and blacked out visual bits that have been well received amongst customers. A couple of special paint schemes have now been announced for the Jawa Classic celebrating 50 years of India winning the hard-fought 1971 war.

The engine area, dual straight exhaust pipes, headlamp casing, black rim spokes, etc are done up in black colour while the new paint schemes’ matte finish adds to the premium quality. The Jawa Khakhi and the Midnight Grey are priced at Rs 1,93,357 (ex-showroom, Delhi) each and they also get mechanical improvements. 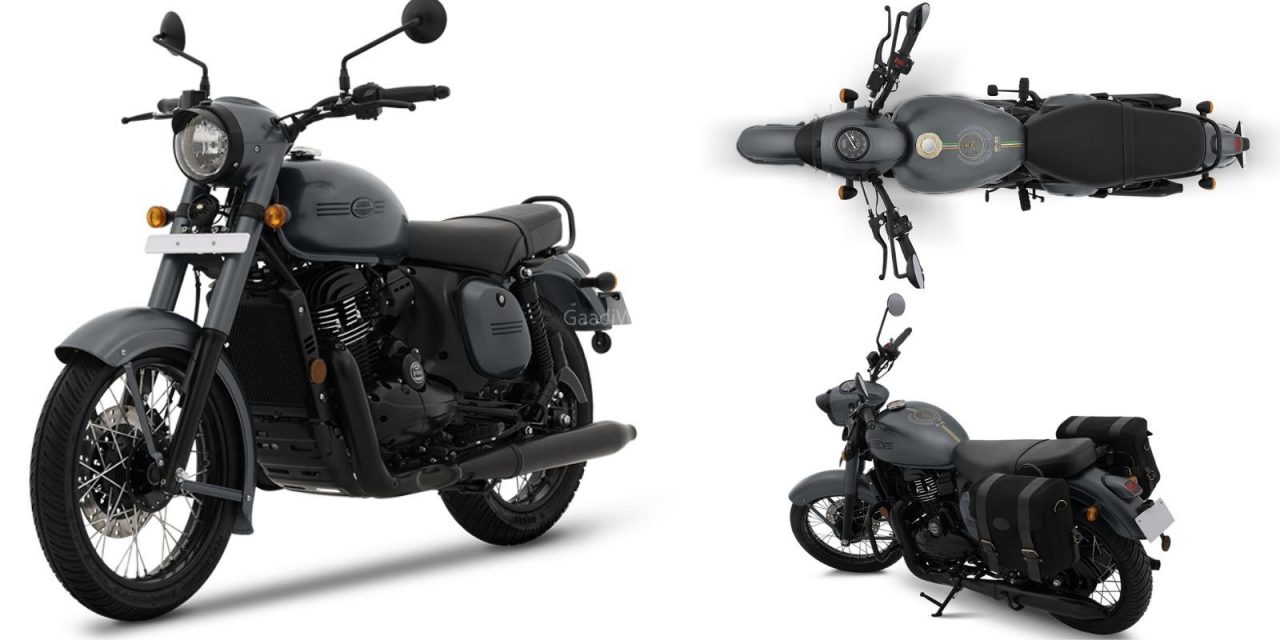 The Czech brand says the suspension, exhaust and chassis have been updated to provide higher ground clearance and the seat has also been enhanced. The double-cradle chassis’ strengthening meant that the ride comfort has also improved. All these mechanical revisions have been employed across the Jawa range and the Khakhi and Midnight Grey paint schemes are offered only with the dual-channel ABS system.

As for the performance, the Jawa Khakhi and Midnight Grey use the same 293 cc single-cylinder fuel-injected liquid-cooled DOHC engine known for allowing sprightly riding characteristics. It is good enough to produce a maximum power output of 27 bhp at 6,800 rpm and 27.02 Nm of peak torque at 5,000 rpm. The powertrain is connected to a six-speed transmission.

The Jawa Khakhi and Midnight Grey feature a black finished lower arm of the telescopic front fork setup and the twin springs are also painted in black. The round-shaped chrome mirrors are carried over in both colour schemes. Classic Legends will reportedly revive the Yezdi brand in India later this year and a scrambler could be in the works.