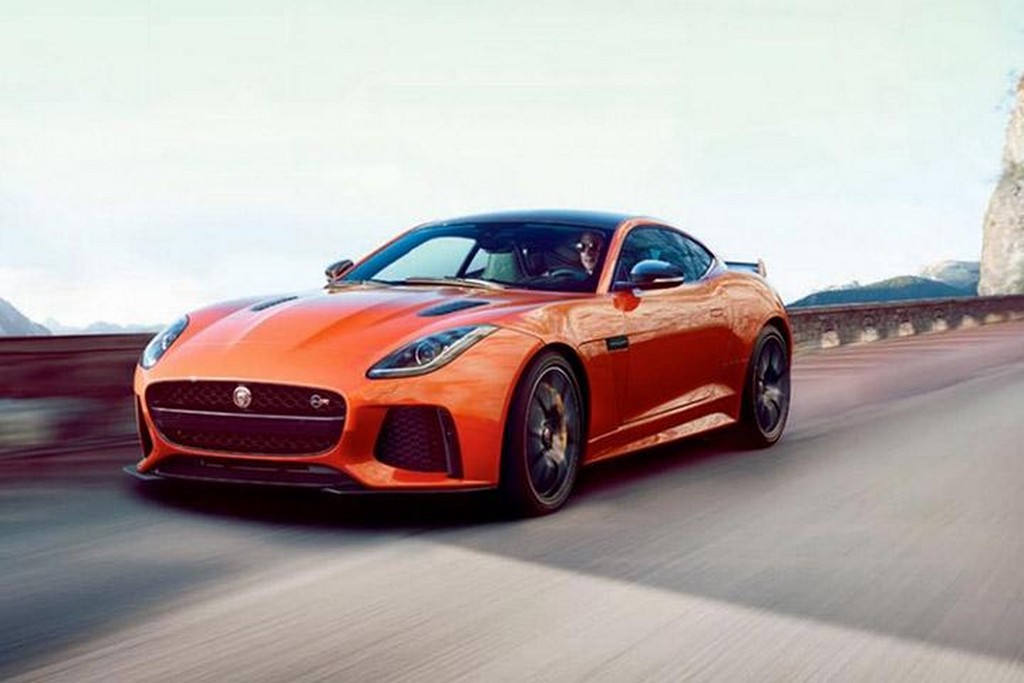 Jaguar’s luxury car line-up has the F-Type SVR which is a spurred up version of the F-Type sportscar at the top of the pyramid. Before the company decided to scale new heights with the F-Type, it had the sporty XK coupe as the flagship model whose production ended with the XKR Final Fifty edition in 2014.

The British auto maker was thinking over a potential replacement as soon as the XK left the scenes and in its place a further upmarket and expensive F-Type or a coupe model with four-seat configuration derived from the XJ was considered. However, with the brand having given the F-Type debut at the 2016 Geneva Motor Show, it sees no point in two knifes at the same armoury. Touted as the ‘pinnacle’, the Jaguar F-Type developed by the Special Vehicle Operations department is powered by a 5.0-litre supercharged V8 petrol motor producing a mighty 575 hp of maximum power and 700 Nm of peak torque whilst capable of hitting a top speed of 200 mph (360 kmph). It is connected to an eight-speed automatic transmission and can sprint from 0-100 kmph in just 3.5 seconds.

This news was reported by CarandDriver that said having a new luxury coupe above its current price bracket will lead to over-crowding the high-end segment and would be particularly less productive for a company that seeks ways to double its sales this year according to Jaguar Land Rover North America CEO Joe Eberhardt. JLR registered sales rise of 6 percent and 3 percent for Land Rover and Jaguar respectively at the end of last year with plans currently being hit the ground and running for expansion into unexplored markets around the world. Almost half a million vehicles were sold by JLR in 2015 as the growth in sales was due to the new entrant in the mid-size executive sedan segment, the XE, and the recovery of Chinese market on a global perspective. With no models planned below the XE in the portfolio, Jaguar relies on other volume sellers like the XF and the F-pace for a sustained as well as improved growth this year and beyond. The JLR North American CEO also went on to declare that Land Rover won’t be competing with the Bentley Bentayaga or the forthcoming SUV from Rolls Royce and that no new nameplate above the Range Rover will be introduced.