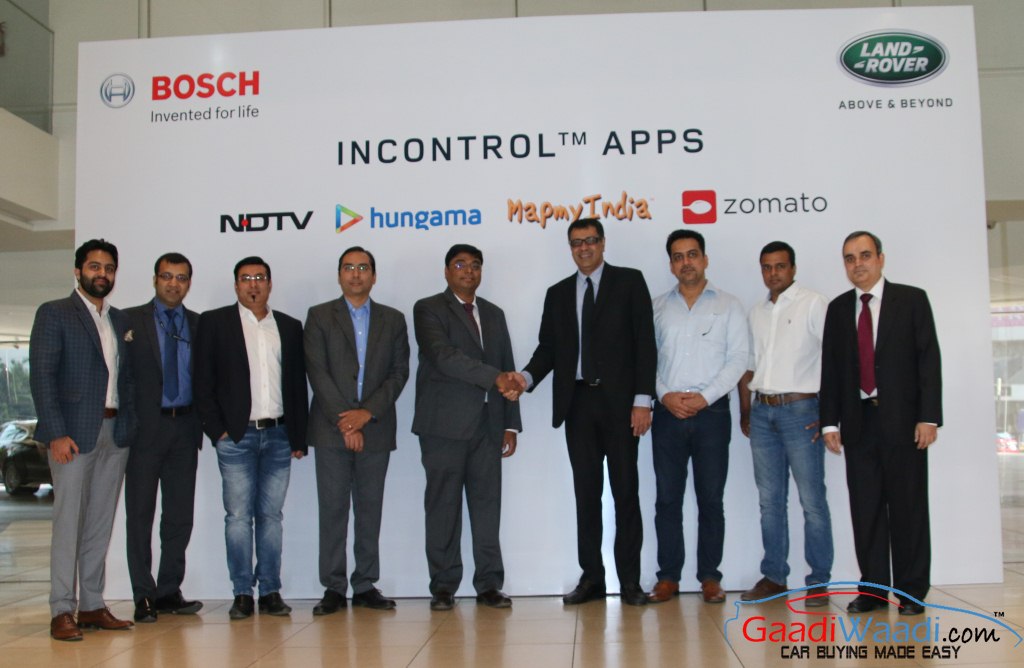 Jaguar Land Rover India Releases InControl App has been developed in conjunction with Bosch. The InControlTM Apps platform transfers the interface from the phone to the in-car infotainment system such as touch-screen. This application allows users access to popular apps, thus significantly enhancing user experience and satisfaction levels.

Jaguar Land Rover India Releases InControl App system transfers app interface from the phone toin-car infotainment touchscreen. This App is India specific and hence Popular India specific apps have been added to the list. Applications which are widely used such as NDTV, Hungama, MapmyIndia and Zomato are available as of now. More should follow later. Jaguar – Land Rover has made sure their customers in India are connected in the best possible way with the company and in the car driving experience with superior infotainment system is even better than before. Most companies are startups who have joined the bandwagon and continue to offer more and unique things to their customers at either free or a fraction of the cost. A lot of details are missing with this story we will update once things take shape.