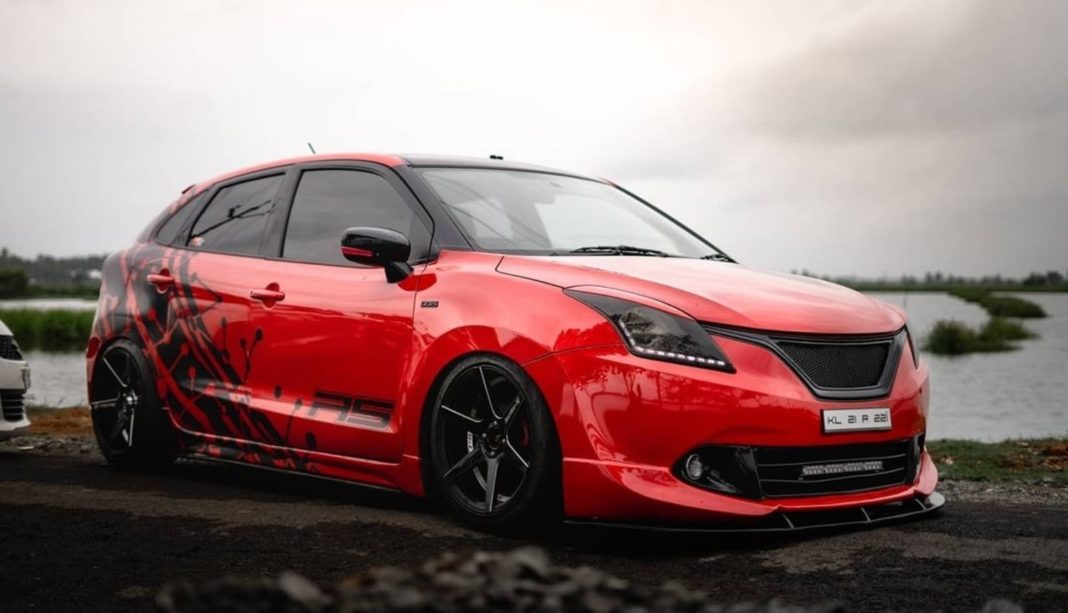 Check out India’s first Maruti Baleno with air-suspension, which also gets plenty of other visual and performance enhancements

Maruti Baleno is one of the popular vehicles in India, and has been on sale in our market since 2015. Maruti’s premium hatchback offers good driving dynamics and performance, while still being extremely economical to run. All of these factors make it quite a popular vehicle among auto enthusiasts.

Of course, some of these enthusiasts like to customise their vehicles according to their liking. We’ve seen plenty of examples of modified Baleno over the years, some with visual changes and others with performance upgrades. Here, we have another example of one which gets both!

Claimed to be India’s first Maruti Baleno with air suspension, this vehicle is owned by a certain Karthik. On the aesthetic front, the hatchback gets a custom RS-themed wrap, along with aero body kit and chrome delete. The front bumper is stock, but gets a new lip spoiler at the bottom. The front grille is new though, and the car also has aftermarket LED fog lights and LED taillights, along with custom headlamps.

The vehicle also gets 17-inch Emotion rims, shod with 204/40 Accelera Phi-R rubber. The rear bumper is also new, and gets faux diffuser treatment. The A- and B-pillars have been blacked out, along with the roof and ORVMs. With the air-suspension, this Baleno is capable of altering its ride height, and in all honesty, it looks pretty awesome when at its lowest setting.

Performance upgrades include DixelEC brake pads, a stainless steel full-system performance exhaust, a K&N replacement filter, and a Code6 stage 1 ECU tune. Apart from that, the vehicle also gets an upgraded audio system and tinted windows. 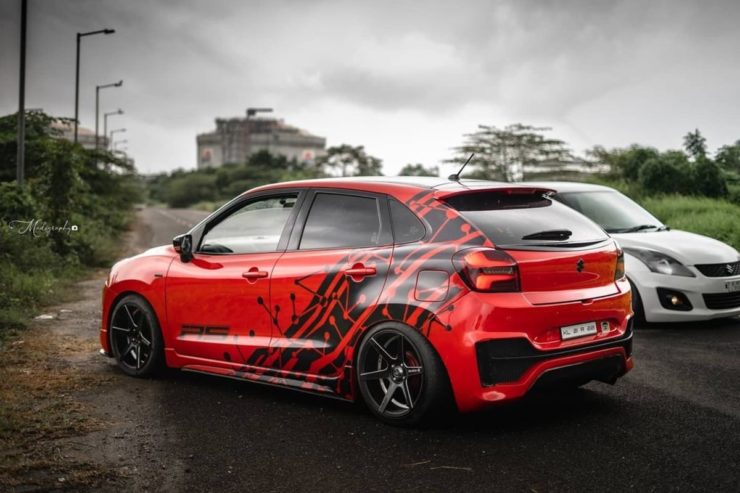 This particular model is a 2017 Maruti Baleno (not an RS model). Back then, the Baleno was available with either a 1.2-litre petrol engine or a 1.3-litre diesel engine. The former was good for 83 PS and 113 Nm of peak power and torque, respectively, and could be had with either a 5-speed manual or a CVT. The diesel motor was capable of generating 75 PS and 190 Nm, and came mated to a 5-speed manual gearbox.