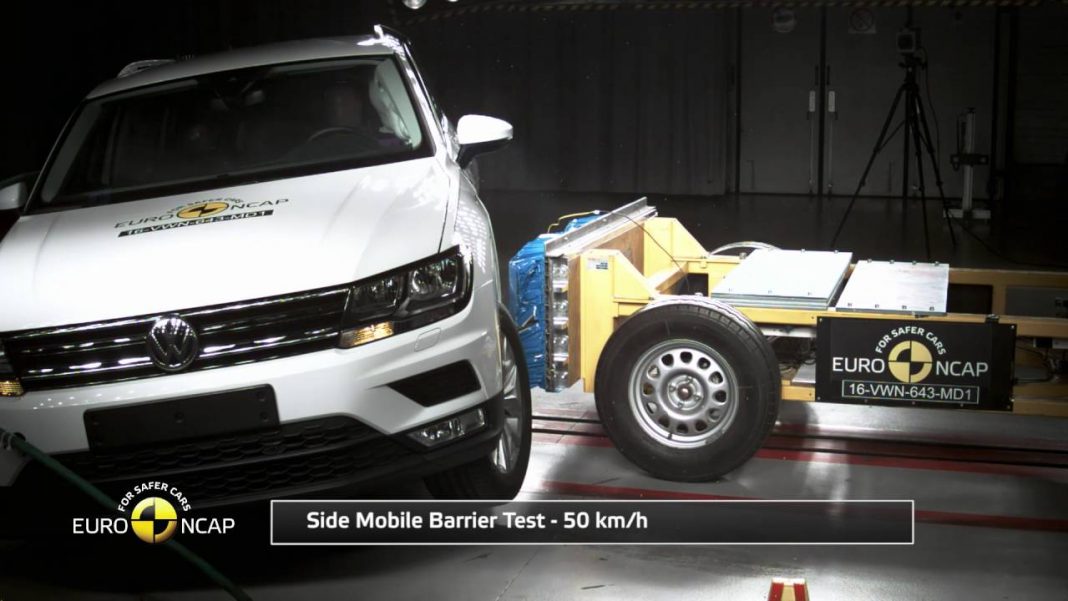 The seven seater premium SUV was first displayed at the 2015 Frankfurt Motor Show. And in India we caught a glimpse of the car at 2016 New Delhi Auto Expo as well. The Tiguan features a total of seven air bags, ABS, ESC, automatic emergency braking, seat belt pre-tensioner with force limiter on the safety front. And interestingly, all these features come as standard. To make the car safer Volkswagen has equipped the car with ‘Active Bonnet’.

Built on the MQB platform the Tiguan sports a sharp design language, which has been implemented keeping the safety in mind. In the Euro NCAP crash test the car has also scored 72% for pedestrian protection and 68% for safety assistance. The car went through the crash tests from various dimensions like frontal crash in two different speed modes, side impact test and side pole impact. 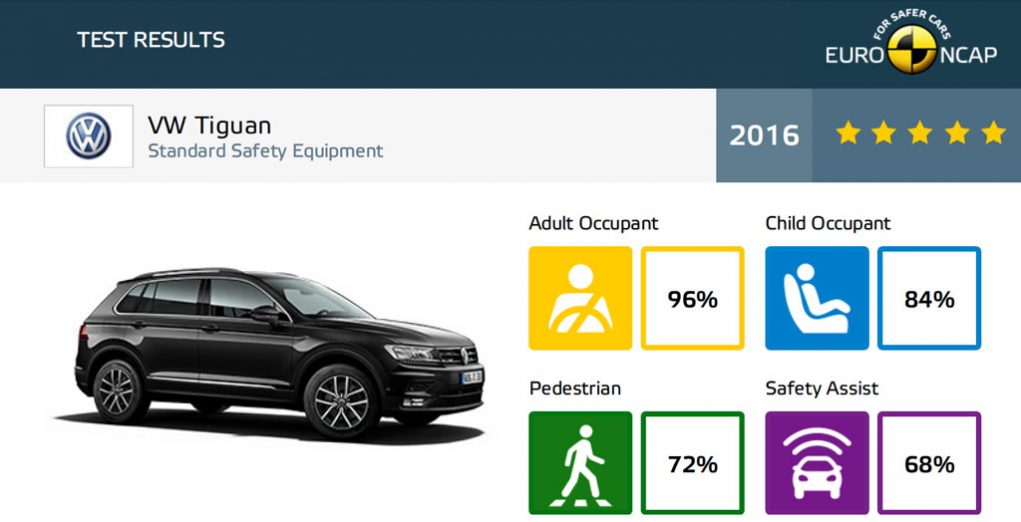 In international market the car is sold with both petrol and diesel options. The petrol variant gets power from a 1.4 litre TSI petrol engine generating 125 PS of peak power. While the diesel variant features a 2.0 litre TDI engine producing 140 PS of peak power. Both manual and automatic gearbox options are available on the transmission front, and this car comes in both two wheel and all wheel drive configurations. 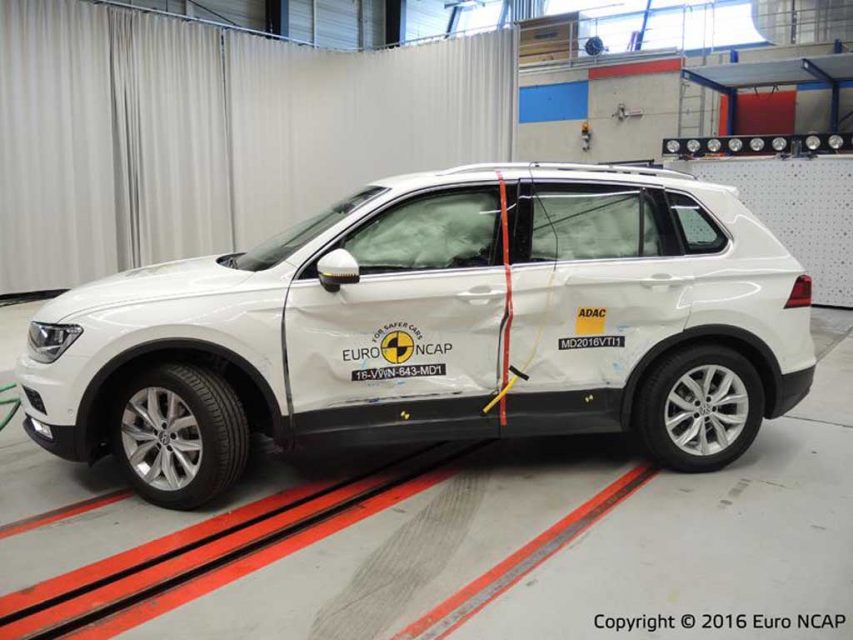 Volkswagen will manufacture the Tiguan locally in the country, which will significantly help the automaker to keep the price competitive. Expect the car to come with price tags ranging between Rs. 25 lakh to Rs. 30 lakh.