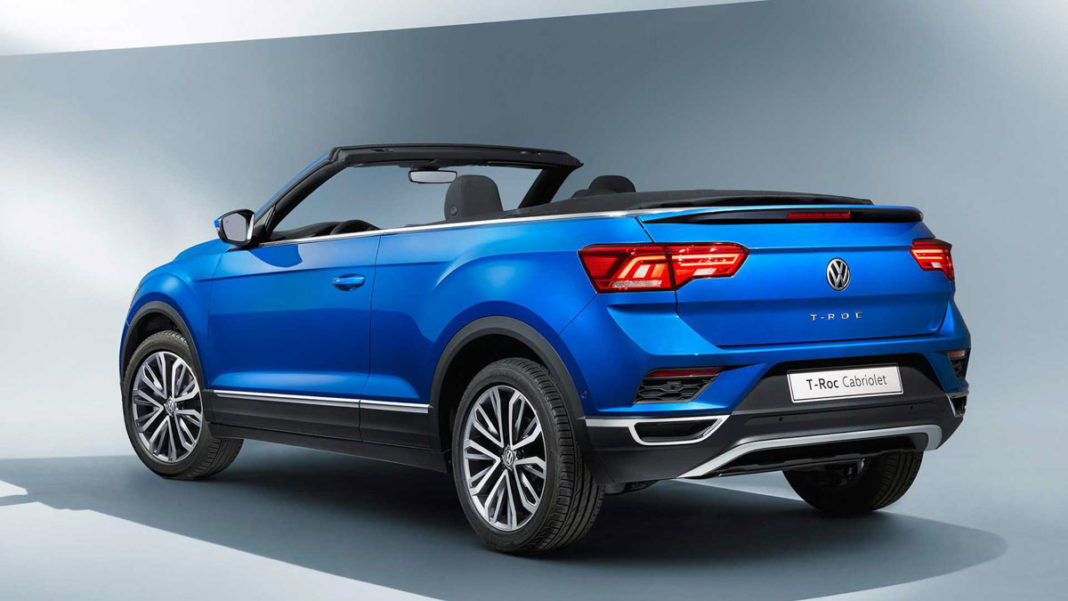 Volkswagen strategy of bringing up new SUVs and crossovers in the last three years has worked wonders. Capitalising on the T-Roc’s popularity, VW has revealed a cabriolet version of the regular model and it will make its public premiere at the 2019 Frankfurt Motor Show in September. The T-Roc Cabriolet has broadly followed a similar approach to the Range Rover Evoque convertible.

The glimpses of the production drop-top were already seen in the T-Cross Breeze concept displayed in 2016. It takes the already attractive T-Roc’s design to the next level with some brilliant piece of engineering to maximise space. The open-top T-Roc has the electrically operable soft top as the roof opens in about nine seconds at speeds of up to 31 kmph.

The T-Roc Cabriolet will be sold in two powertrain choices namely a 1.0-litre three-cylinder turbocharged unit pumping out 114 horsepower and a 1.5-litre four-cylinder engine kicking out 148 horsepower. As standard, Volkswagen will offer a six-speed manual transmission and the high-spec variants of the 1.5-litre motor can be had with a seven-speed dual-clutch auto as an option. 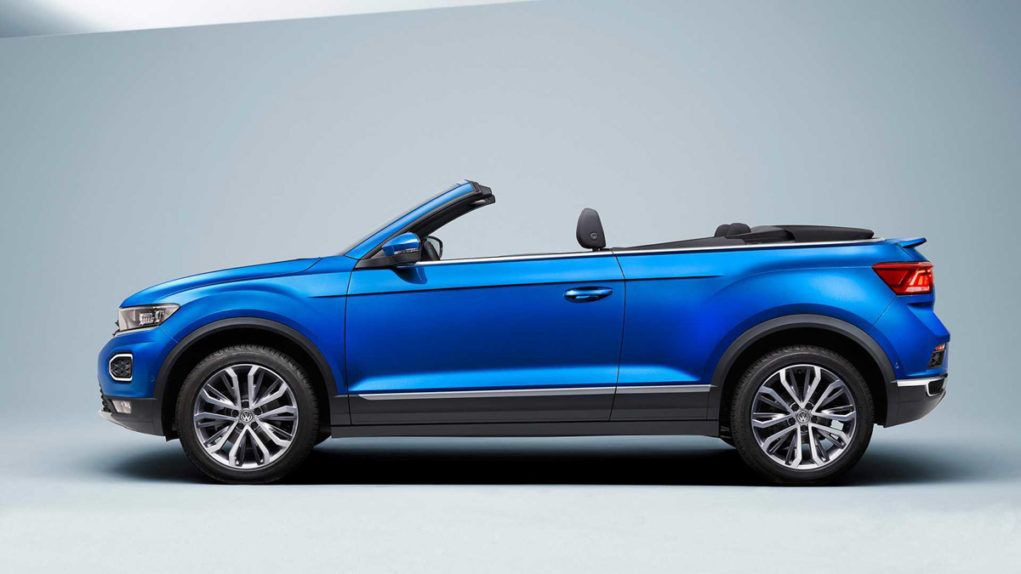 The German manufacturer will be selling the T-Roc Convertible in Style and R-Line packages. The former comes with 17-inch alloy wheels, ambient lighting, leather seat upholstery and much more while the latter gets more equipment on-board for additional price. It features visual enhancements and gains leatherette sports seats, sportier interior and exterior trims among other inclusions. 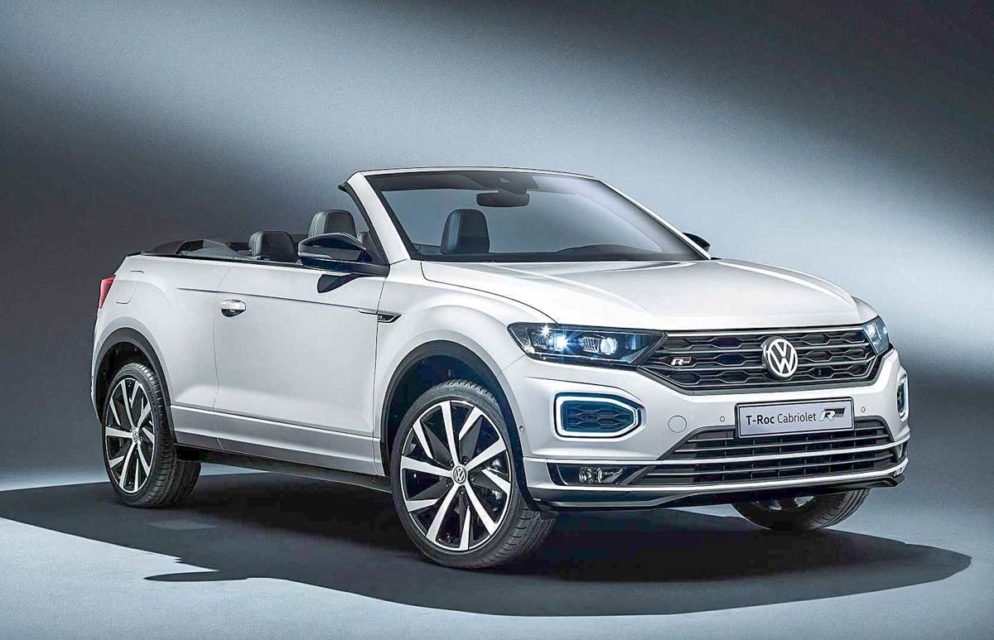 Volkswagen T-Roc Convertible is a global product and it will be retailed in developed markets such as in European countries. However, the regular T-Roc has long been touted to enter India and it could be brought into the country taking advantages of the import relaxations under M1 category as 2,500 units can be sold per year without homologation.

The T-Roc is positioned between the T-Cross and Tiguan internationally and it could cost around Rs. 20 lakh. Expected to be offered only in a fully-loaded trim, the T-Roc is believed to use a 2.0-litre TSI petrol engine making 190 PS and 320 Nm, mated to a seven-speed DSG automatic sending power to all the four wheels.