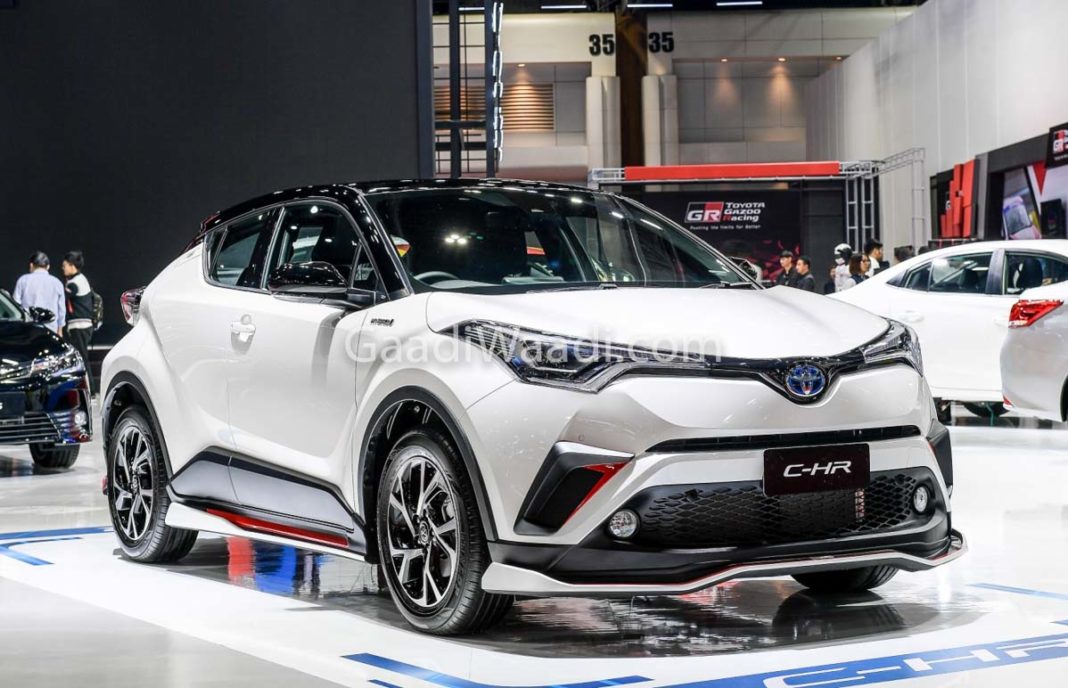 The C-HR sat at the top of the SUV sales chart in its home market of Japan for Toyota in 2018 and it has proved to be a popular model across the globe as well. Last July, the C-HR was caught on camera testing on Indian roads and it has long been considered to be a possible future option.

However, the scenario could change as Toyota weighs in more on its partnership with Suzuki. The funky premium SUV has been showcased at the 40th edition of Bangkok International Motor Show in Thailand. Pricing for the Thai market was announced at the beginning of last year and in November 2018 it was awarded Car Of The Year there.

The C-HR denotes to Coupe-High Rider and it made its global debut way back in 2017 at the Paris Motor Show. It goes up against the likes of Honda HR-V and Nissan Juke in several markets and is built on the lightweight modular TNGA platform. Toyota made sure the production version stayed true to the design of the concept and thus it looks sporty in real life. 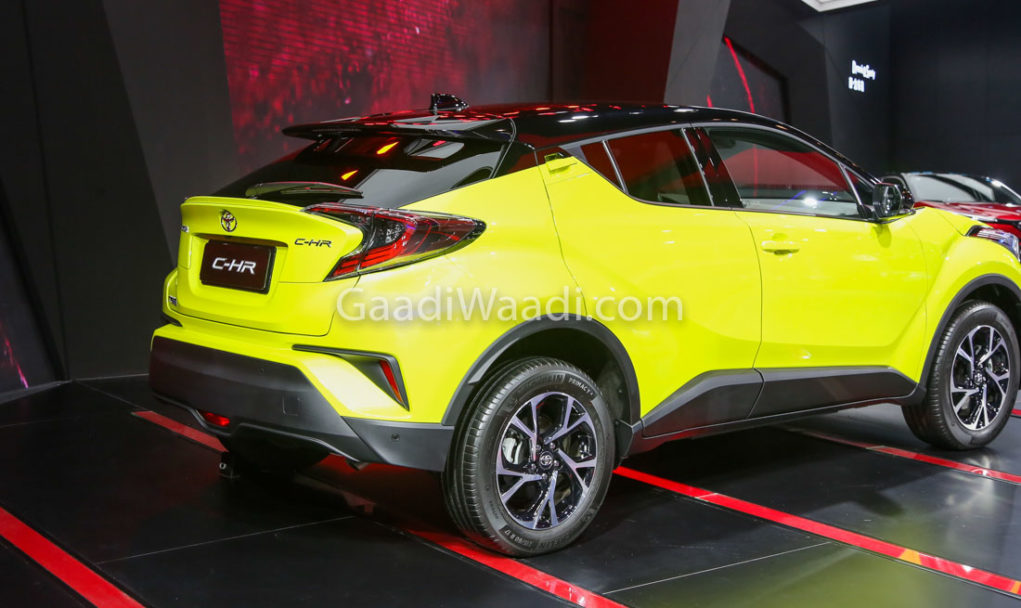 The upmarket SUV measures 4,360 mm in length, 1,795 mm in width and has a height of 1,550 mm with 2,640 mm long wheelbase. It has an edgy styling with prominent contouring and is offered in different colour schemes with dual-tone options. The roofline has a coupe-ish appeal to it while the rear end carries the aggressive design theme of the front fascia with consistency.

The interior boasts an assortment of driver assistance and safety technologies including an eight-inch touchscreen infotainment system with intuitive connectivity options, use of premium materials on the door panels as well as the dashboard, Toyota Safety Sense P suite with Pedestrian Warning System, Lane Departure Alert and so on. 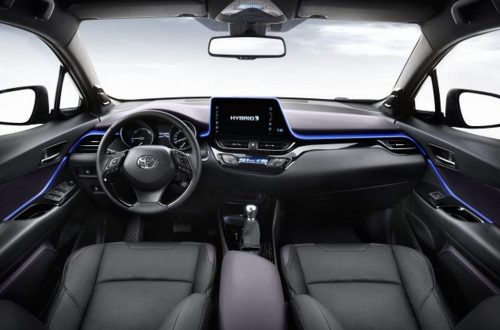 The C-HR is sold in a 2.0-litre turbocharged petrol engine making 142 hp and is paired with a CVT automatic transmission. However, more commonly, the 1.8-litre petrol powertrain linked to an electric motor forming a hybrid system is utilised. A smaller 1.2-litre petrol/hybrid version is also made available in some markets.