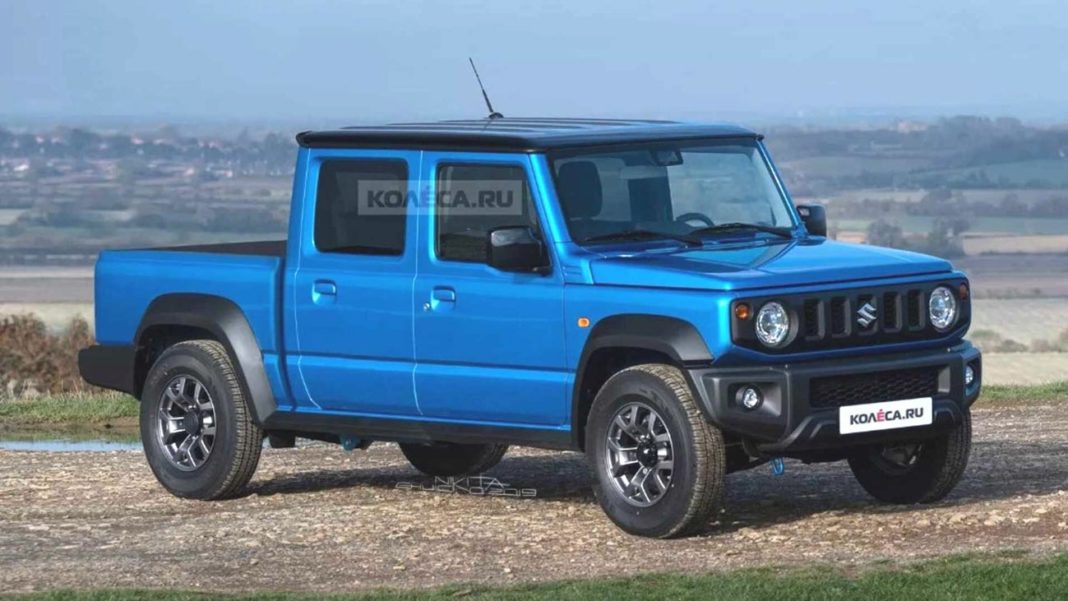 The Jimny is Suzuki’s compact off-roading specialist, which is currently in its fourth-generation ‘MK4’ avatar. The Japanese carmaker currently retails two similarly-sized versions of the Jimny – one that complies with Japan’s kei car regulations, while the Jimny Sierra with the fender flares and tailgate mounted spare wheel is exported to the foreign markets.

A prototype of the Suzuki Jimny Sierra has been used to render a compact pickup truck, and the end product looks neat. The rendered car retains its overall boxy appearance, which is anyhow, a compliment to pickup trucks. While the Jimny can only be had with a three-door configuration, rear doors have been added to this rendered pickup truck.

However, the crew cab format enhances the car’s appeal. Apart from these, no other changes have been made to the SUV. Suzuki offers the Jimny with its 1.5-litre K15B naturally aspirated four-cylinder petrol powertrain, which belts out 102 PS of maximum power and 130 Nm peak torque. The said engine comes mated to a 5-speed manual transmission, along with a 4-speed AT. The Jimny also gets a part-time four-wheel drive system with low range transfer gear. 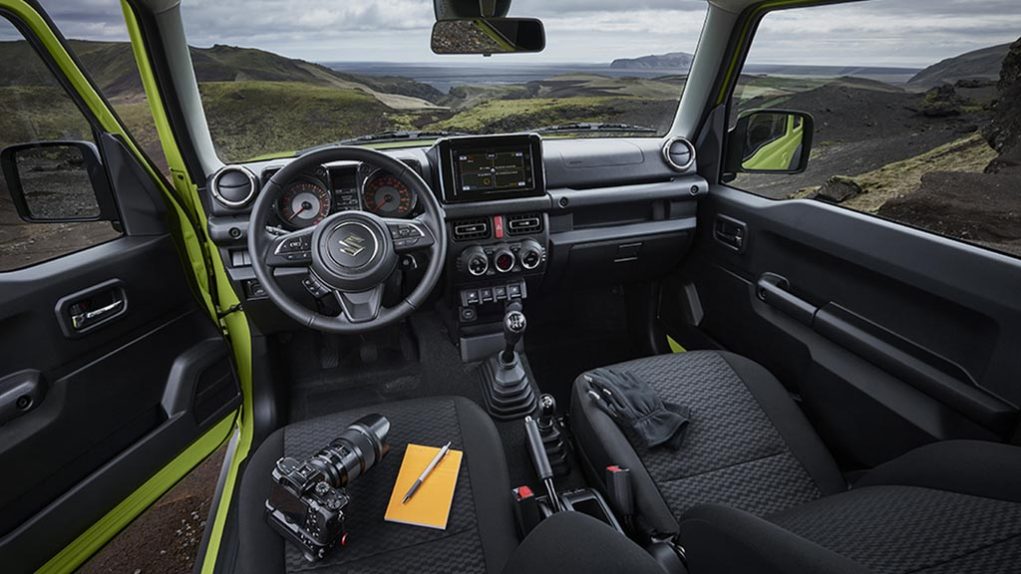 Suzuki’s India division MSIL recently showcased the Jimny in the country at the 2020 Auto Expo, which was held earlier this month. The manufacturer showcased the product to gauge the response from customers and will decide if the vehicle should be launched in the country based on that. 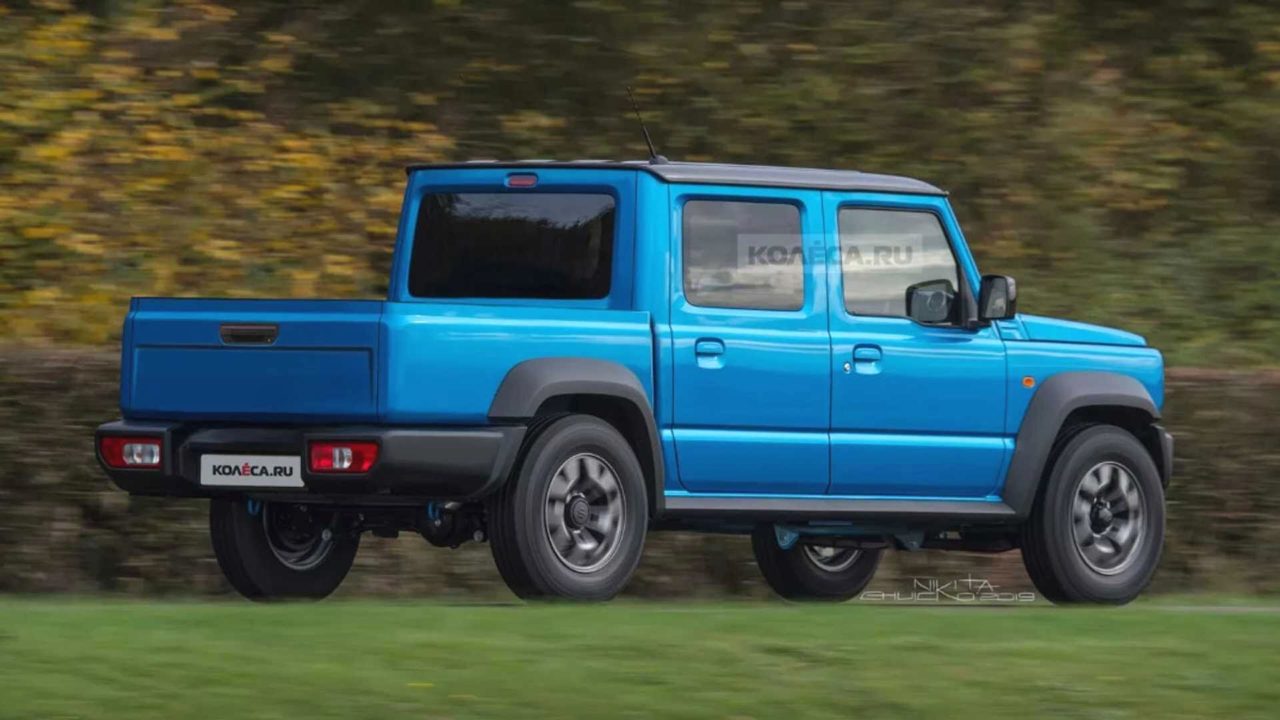 Apart from the market response, the Japanese carmaker might also have to deal with another obstacle of developing a 5-door version of the Jimny exclusively for the Indian market, since a three-door SUV is not a practical option for the market. Suzuki currently retails the Jimny in the United Kingdom at a base price of £15,999, which converts to approx. Rs 14.79 lakh.