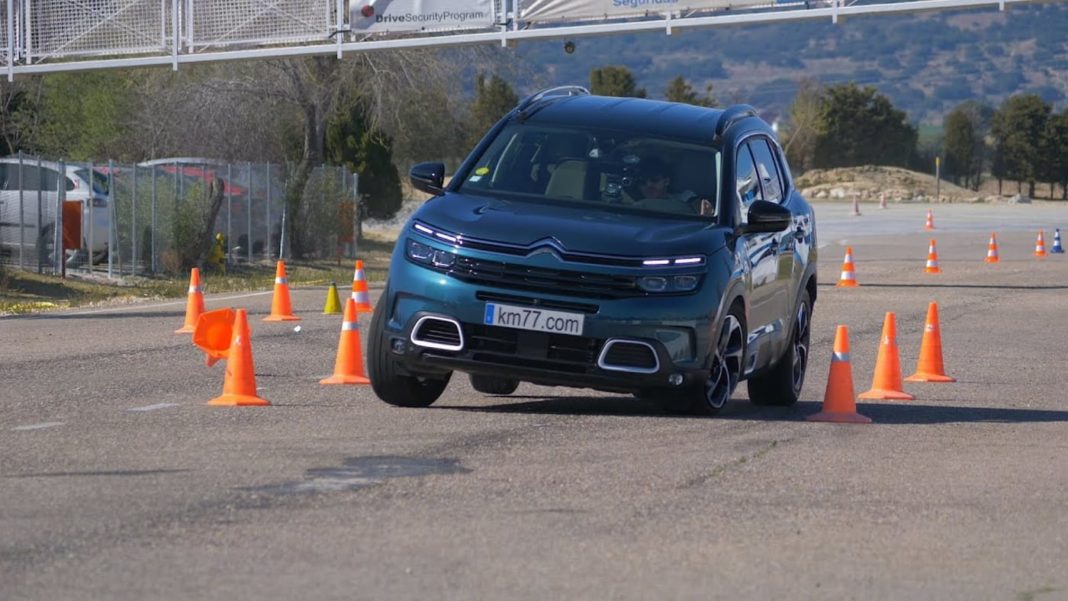 Moose test, or evasive manoeuvre test, is one of the most popular tests of a vehicle’s handling characteristics. The test originated in Sweden back in the 1970s, as a way to determine a car’s capability to handle quick directional changes in case of the emergence of a sudden obstacle, like a wild Moose.

Over the years, we’ve seen plenty of cars perform the moose test. Some vehicles pass with flying colours, while many others have had unfortunate tumbles on the track. Here, we have the moose test footage of the India-bound Citroen C5 Aircross, and we’re quite impressed by the results.

For the first round of the moose test, the driver is unfamiliar with the C5 Aircross’s handling characteristics, so the entry speed is kept at a relatively safe 73 kmph. At this speed, the Citroen shows incredible composure, holding its line almost perfectly. There is a decent amount of body-roll on offer, but the car grips the road well and maintains its line throughout.

Now, with the driver familiar with the car’s reaction to emergency steering inputs, the maximum speed at which the car maintains its composure has to be determined. For the second round, the entry speed is increased to 79 kmph. We can see that the car suffers from a little understeer, but the electronic traction control kicks in to help the car through the course. The hazard lights were also flashing, thus confirming that the C5 Aircross is being pushed to its limits.

For the third round, the entry speed has been increased to 81 kmph. Although the Citroen knocks over one cone, the car still follows a perfect line through the course with minimal drama. There is a slight understeer at the beginning, when the car takes the first corner, but the overall performance was brilliant.

Next, at 84 kmph, the C5 Aircross manages to knock over a few cones, thus finally establishing the limits of the car’s handling control. That said, the car manages to follow the proper line, although not cleanly. After that, the Citroen C5 Aircross is also subjected to a slalom test, in which the car has to drive in a zig-zag motion through traffic cones. At an entry speed of 60, the car manages to ace this test without any challenge.