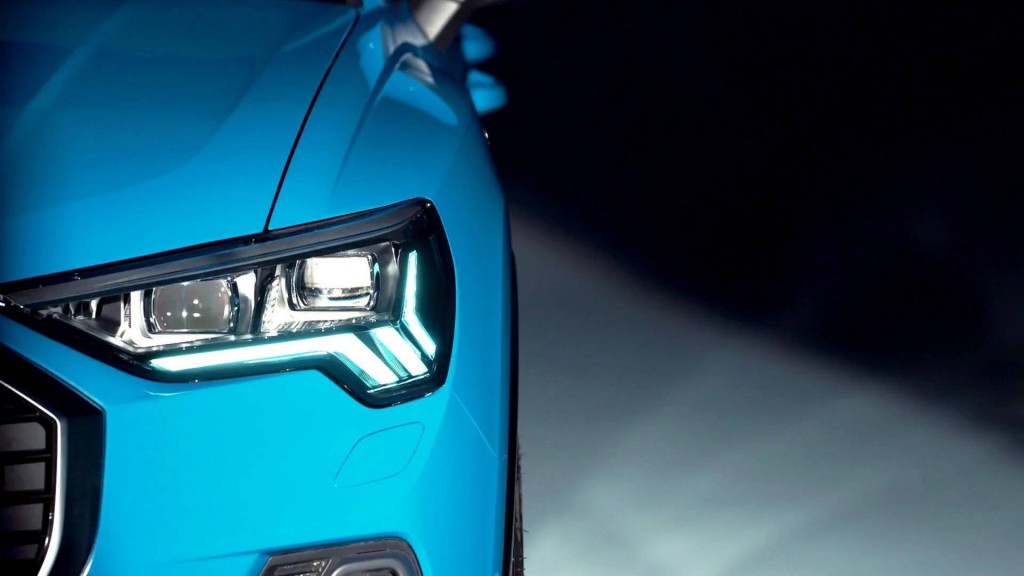 Audi officially released a new teaser video of its second generation Q3, which is going to make its global debut on July 25. The current generation Q3 is in market since 2011 and even though the model had received a facelift couple of years ago, it is not helping much as competitors have moved to newer generations.

The second generation Q3 will be based on MQB platform and it will help new model to be lighter than outgoing version. The teaser video shows new design language of Q3, which is based on Audi’s flagship SUV Q8. The front gets new grille from Q8 along with sporty bumper and completely new LED headlamps with integrated DRLs.

Audi has given mirrors placed on door instead of pillar like current model as it will improve aerodynamics also. The side continues to be an evolution of first generation, but rear will be completely new with stylish looking LED tail lamps and a new bumper with fake exhaust vents to give sporty feel.

The new Q3 will be longer, wider and shorter than outgoing model. The interior is going to get same design language as current generation Audi models. But Q3 won’t come with fancy dual screen like those on A6 and A8.  Instead the Q3 will come with new 12.3 inch fully digital instrument cluster with Audi’s Virtual Cockpit display.

Earlier models come with tablet like screen for MMI system but with new model it will be integrated into the centre console. The German manufacturer will also give 8 inch touch screen for MMI system with latest software and graphics. The Q3 comes with support for Android Auto and Apple CarPlay along with wireless charging and high end audio system.

We can expect Q3 to be offered with latest safety features and some autonomous functions from its big brother. The new generation Q3 is expected to be powered by wide variety of engines from 1.5 L TSI to 2.0 L TDI engines, which will be mated to automatic transmission with Quattro all-wheel drive system. Audi will launch next generation Q3 by 2019 in India.