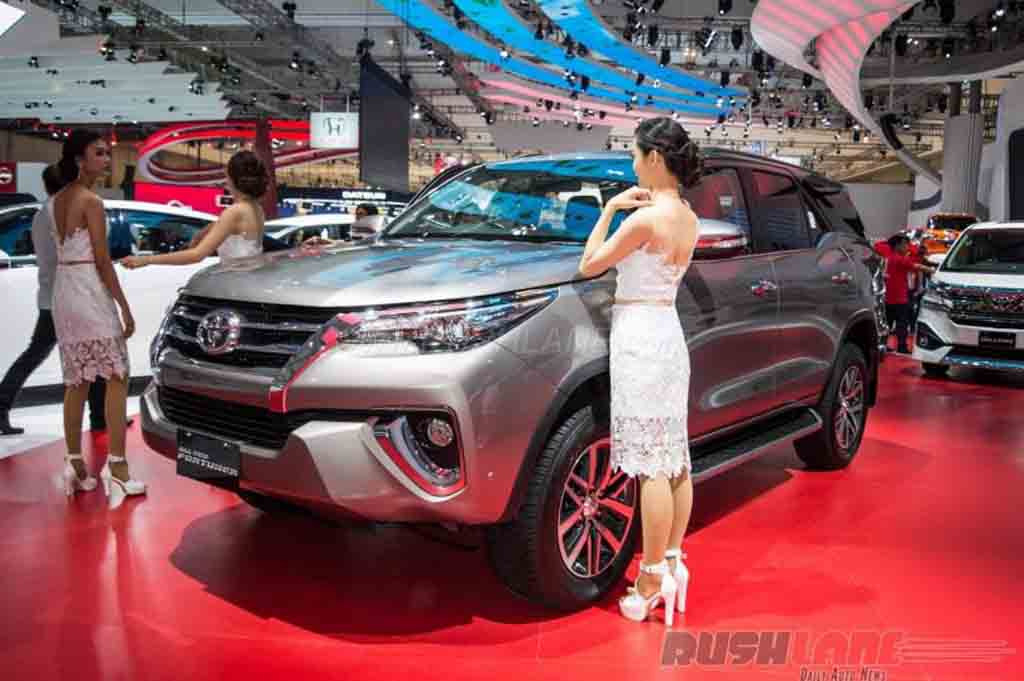 Toyota Kirloskar Motors has declared that it won’t make any fresh investment until the diesel ban issue is cleared. With the diesel ban in Delhi and NCR lifted by Supreme Court it is to be seen what the company does further. If the Japanese automaker considers bringing new models in India, one of them will surely be the new Fortuner.

Meanwhile the Toyota Motors has showcased the new Fortuner at the ongoing Gaikindo Indonesia International Auto Show (GIIAS) 2016. The new model looks much sportier, sharper and stylish compared to the previous model. The headlamps, front grille have been updated alongside the front bumper. The headlamps come in wrap around manner and sharper. They get bi-xenon LED projector units with LED daytime running lights integrated. Also read: 2016 Toyota Fortuner Spied in India – All You Need to Know

Moving to the rear it sports a shark fin antenna on top, roof spoiler, wrap around sleek taillights. The entire glass area gets chrome trim surrounding it. The dashboard is quite similar with the new Toyota Innova Crysta. It features a multifunction steering wheel, with plush leather wrapping and wooden trim as well. The instrument cluster gets two round analog dials and a TFT display between them. The centre console looks sharper with the larger touchscreen infotainment system. The car will come with safety features like 7 speed airbags, ABS, EBD, Brake Assist etc. Once launched, the new Fortuner will compete against the Ford Endeavour and Chevrolet Trailblazer. Expect the car to be priced at around Rs. 30 lakh in India once it hits the market in the country.