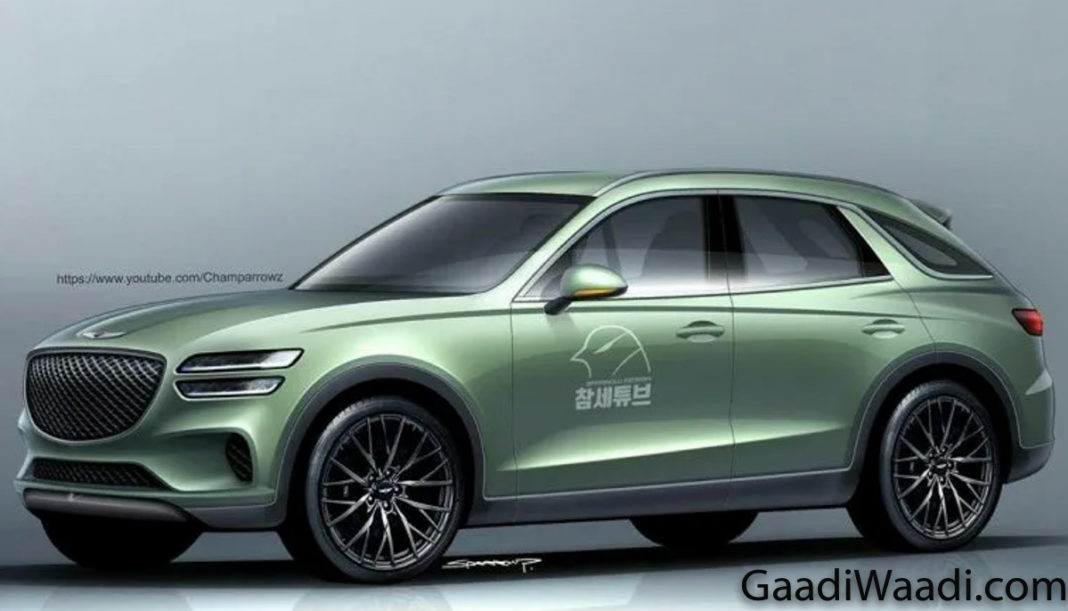 With Hyundai’s Genesis brand reportedly planning to enter India, the chances of the GV70 making debut locally are high

Genesis had already confirmed that the luxury brand’s second sports utility vehicle would debut in two years’ time. The company is reportedly planning to enter the Indian market in the near future and expand Hyundai’s arm into the luxury space. The GV70 could be one of those models waiting for a domestic entry.

This is a highly likely scenario considering the upshift in momentum for SUVs across different price ranges in the country. The Genesis GV70 could make a lot of sense for India as it will compete against the likes of BMW X3 and Audi Q5. The South Korean brand will be accelerating its overseas expansion notably in China and Europe.

In response to the latest trend prevailing across the globe, Genesis will be launching its first SUV, the GV80, in 2020. The rendering of the smaller GV70, which is expected to be based on the updated version of Hyundai Tucson’s platform, gives us some glimpse of what could be in the store upon arrival.

Genesis’ GV90 flagship SUV is believed to be in the works as well and it will be introduced only after the GV80 and GV70. The latter is expected to be more dynamic appealing for the youth as well as family audience. The GV70 in all probabilities will use the same engine from its sedan sibling.

The interior of the GV70 will have a large touchscreen infotainment system as the centrepiece of attraction. The use of physical buttons will be minimal if the latest crop of luxury models is anything to go by. It is expected to come equipped with top-notch driver-assistive, safety and convenience features.