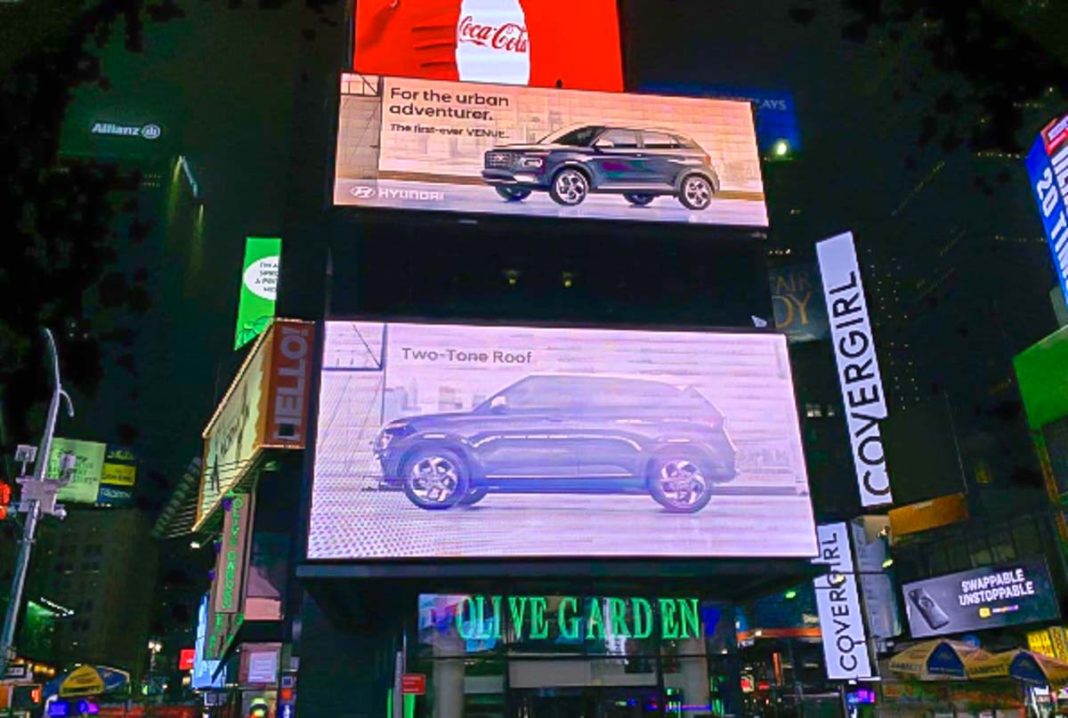 Hyundai is gearing up to unveil its smallest SUV, the Venue, on April 17 at the 2019 New York International Motor Show and it has been displayed on the billboards at the world famous Times Square in the Big Apple. The South Korean auto major has big plans with the Venue and about 7,000 to 8,000 units are reportedly targetted every month in sales in its first year.

The Venue has global significance for Hyundai and it will be launched in several key markets other than India like United States, Japan, Australia and South Korea. The sub-four-metre SUV will reach showrooms on May 21 in the domestic market and the exterior is derived from the latest Hyundai SUVs sold overseas. It comprises of a sporty cascading front grille with interconnected horizontal and vertical slats.

The turn signals are placed on top and the sleek projector headlamps are surrounded by LED Daytime Running Lights. The front bumper has silver skid plates and sleek fog lamps with wide central air dam. The side profile reminisces the Creta and it features dual-tone machined alloy wheels, chrome side skits, blackened pillars, turn indicators on ORVMs, roof rails and a contrast roof giving dual-tone appearance. 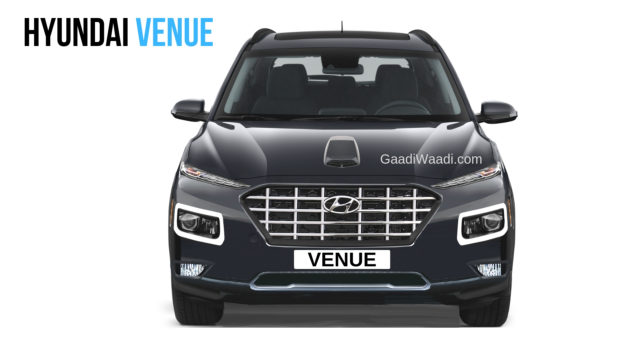 The smaller 1.0-litre turbo petrol engine will produce 100 horsepower and 172 Nm while 1.4-litre petrol and 1.4-litre diesel powertrains are other options. Besides the six-speed manual and automatic transmission, a dual-clutch auto will also be up for grabs on the turbo petrol unit. 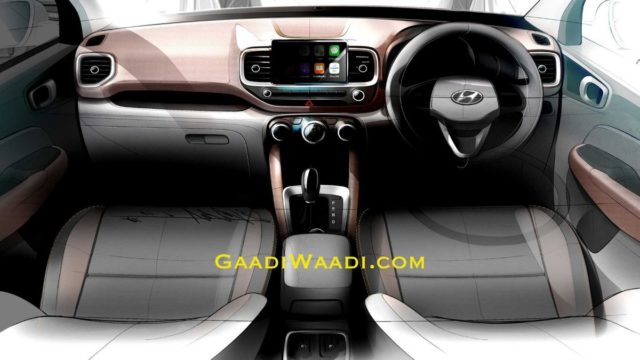 It will feature Hyundai’s Global Blue Link technology with 33 features and of them, 10 are tailor-made for India. The system will enable emergency accident notification, live traffic updates, AI-powered voice recognition, embedded SIM card with cloud-based services etc. Expect the Venue to be priced between Rs. 7.5 lakh and Rs. 12 lakh (ex-showroom)