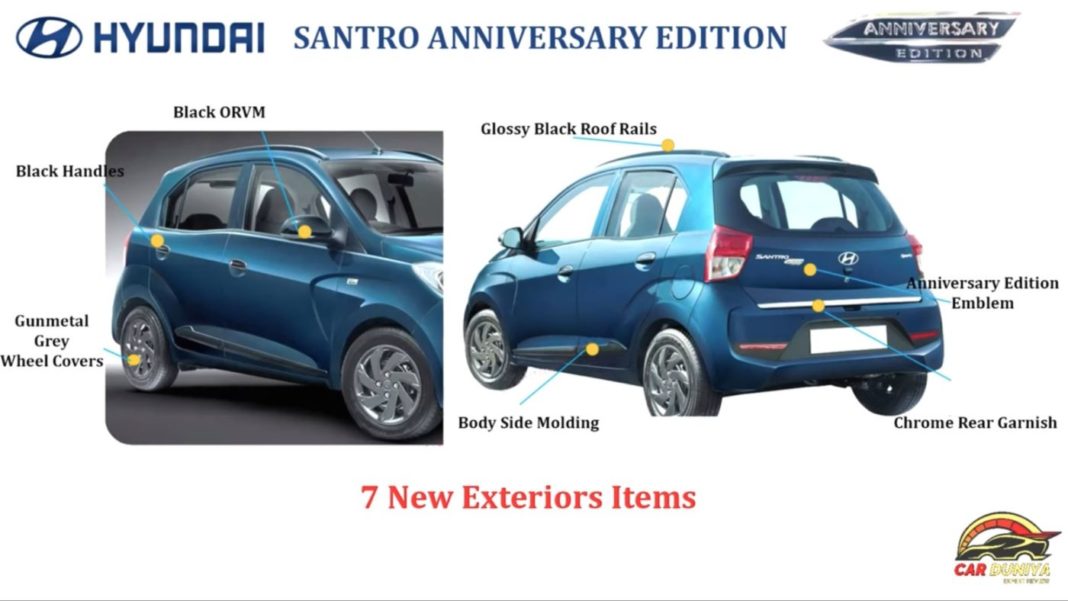 The new-gen Santro has completed one year in the Indian market and to commemorate it, Hyundai has launched an anniversary edition

Hyundai India launched the new-gen Santro around the same time last year, and hence, the car has completed one year in the Indian market. To mark its first anniversary, Hyundai has introduced a special Anniversary Edition for the Santro, which features new styling upgrades inside-out.

The Santro Special Edition is only available in the Sportz and Sportz AMT variants. With an ex-showroom price of Rs 5.12 lakh and Rs 5.75 lakh, both the variants feature 9 changes over the standard model in total.

Externally, the Anniversary Edition gets black treatment for the ORVMs, black door handles, glossy black roof-rails, gunmetal grey wheel caps, side plastic moulding and a chrome garnish on the boot lid. To top it off, the special edition also gets a ‘Anniversary Edition’ badging at the rear to let everyone know that what you own is not just any other Santro!

Inside the cabin, the Santro gets a beige and black dual tone layout. However, the special Anniversary Edition treats you with all-black interiors, along with blue coloured accents on places like the AC vents and around the gearbox. The fabric design seat is also new compared to the regular Santro. 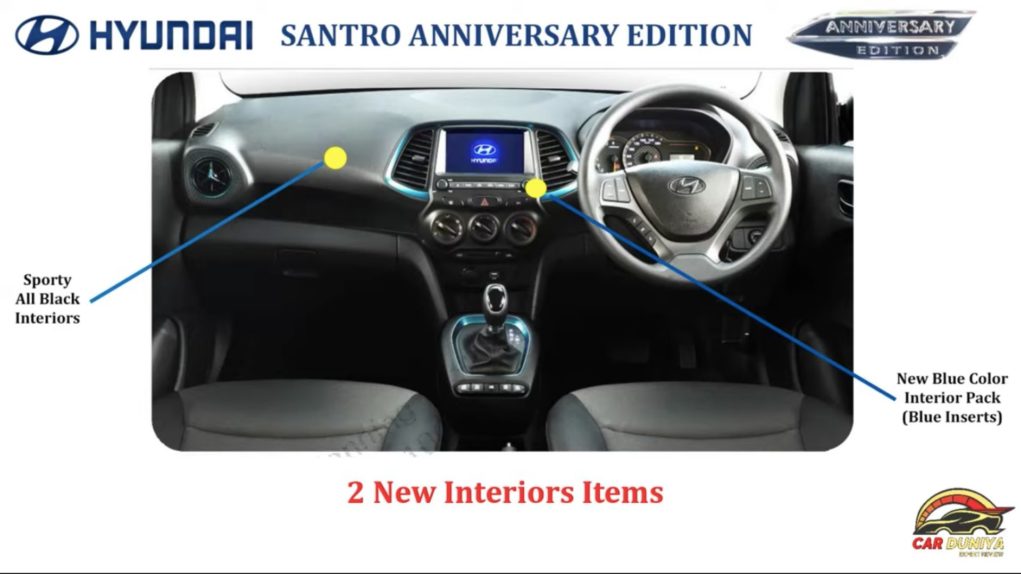 Also, the special Anniversary Edition Santro comes with only two colour options for the exteriors – Polar White and a new Aqua Teal colour. No mechanical changes have been made to the Anniversary Edition Santro, and it is offered with the same 1.1-litre four-cylinder petrol engine that produces 68 HP of power and 99 Nm of torque. It is paired to a 5-speed manual transmission but also gets an optional AMT.