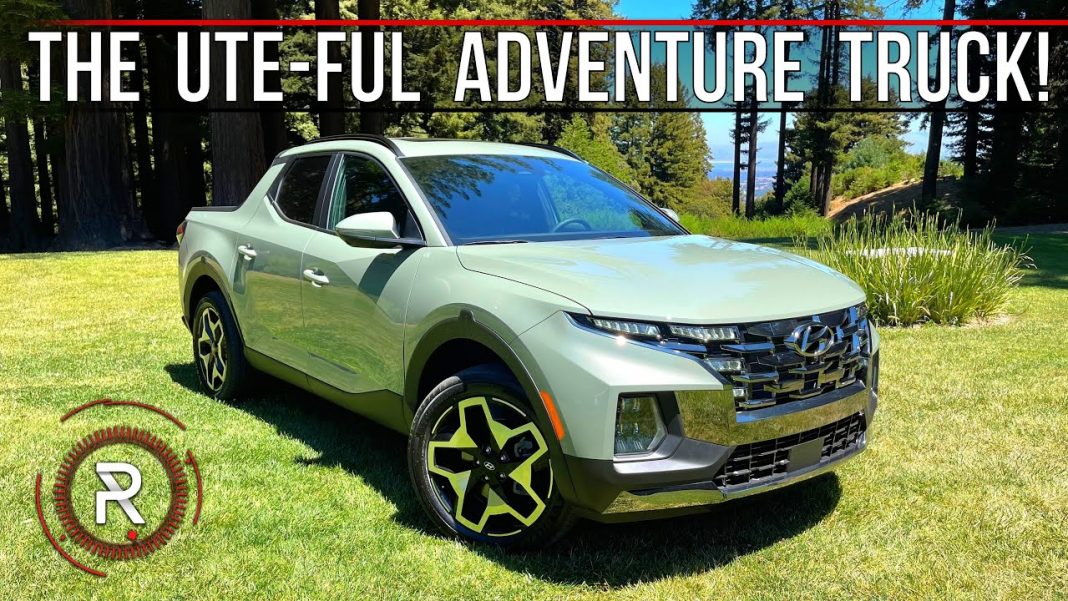 The latest trend in the international markets, more specifically in America, is the compact pickup truck segment and manufacturers like Ford and Hyundai are taking advantage of the practicality and the size factor it brings on to the table – Maverick and Santa Cruz are the prime examples and the segment has plenty of scope for the future as well.

The latter was launched back in April 2021 and here we have compiled some of the initial impressions it has received amongst reviewers. The Hyundai Santa Cruz sits on the same platform as the Tucson mid-size SUV with unibody construction and is sold with a couple of powertrain choices – a 2.5-litre naturally aspirated and a 2.5-litre turbocharged inline four-pot engine.

The NA motor develops a maximum power output of 191 horsepower and 245 Nm of peak torque while the turbo version kicks out 281 horsepower and 422 Nm of peak torque. Both the variants are paired with an eight-speed dual-clutch automatic transmission sending power to front wheels alone as standard while an all-wheel-drive configuration can be had as an option.

The architecture appears to have helped the Santa Cruz transforming into a good car to drive but it is understandably not recommended for the people who are hardcore trucking enthusiasts and off-road biased. The Santa Cruz is the direct rival to the Maverick and the battle between them in sales numbers will be fascinating to see.