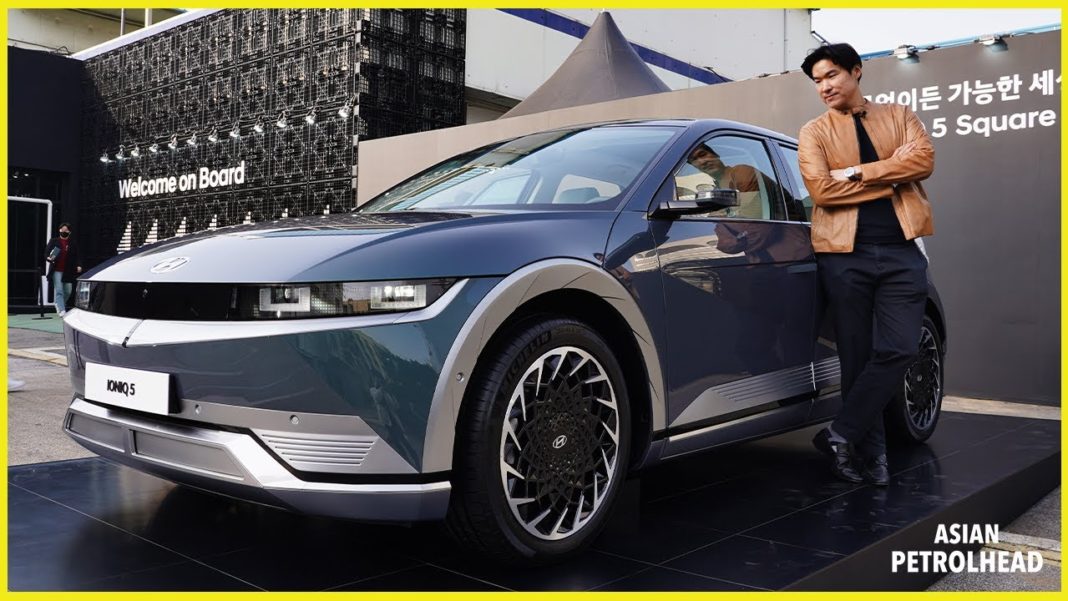 The Hyundai Ioniq 5 is expected to go on sale in a few markets, like Europe and South Korea, later this year

Last month, Hyundai officially unveiled the Ioniq 5, which will be the first model to be sold under the ‘Ioniq’ sub-brand. The upcoming electric SUV has impressive specs, as well as brilliant styling. The exterior design of the Ioniq 5 is extremely sharp, inspired by the 45 EV concept, while the interior feels like it belongs in the next century.

Here, we have a video, presented by Asian Petrolhead, which takes a close look at the upcoming electric vehicle. The Ioniq 5 has extremely spacious rear seats, with seating for five people, thanks to the flat floor. The rear seats get two-stage heating and power adjustability (allowing the seats to move forward or backwards 5-inches). The vehicle also offers rear AC vents, manual sun blinds for the windows, and a centre armrest with two cup holders.

There are two 20V electrical outlets under the rear seats, along with two USB ports at the back of the centre console. Moving on to the front seats, the most noticeable feature is the dual-screen dashboard, which features two 12.3-inch screens, one for the digital instrument cluster and the other for the touchscreen infotainment system.

The Ioniq 5 gets cameras instead of ORVMs, with separate monitors on each door. The two-spoke steering wheel gets integrated controls, for audio, cruise control, and drive mode selector. There are multiple USB charging ports and a 12V charging port available for the front passengers, with plenty of storage spaces all around. Interestingly, the centre armrest can slide forwards or backwards by 5 inches.

Other features on offer include a panoramic sunroof, power-operated tailgate, automatic climate control, regenerative braking, and a new shift-by-wire drive selector. As for the exterior design, the Hyundai Ioniq is certainly a looker. It gets sharp-looking pixelated LED headlights and LED taillights, along with unique 20-inch alloy wheels. 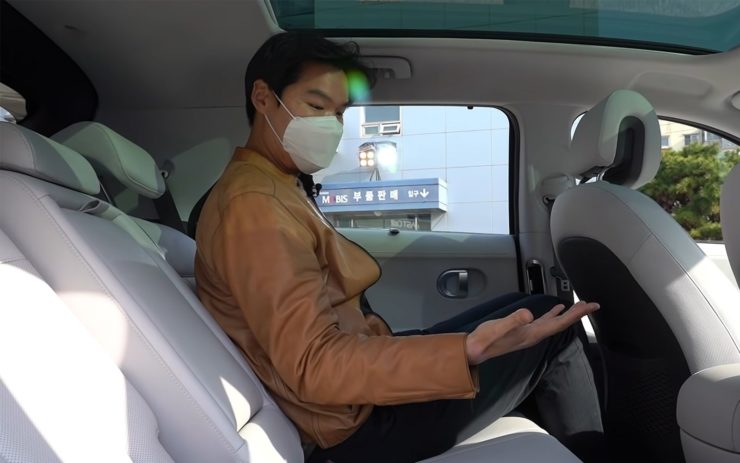 Hyundai Ioniq 5 has extremely generous dimensions as well, with a length of 4,635mm, a width of 1,890mm, a height of 1,605mm, and a wheelbase length of 3,000mm. The vehicle is available with two battery options – 58 kWh and 72.6 kWh. Both are available in either a single-motor RWD layout or a dual-motor AWD layout.