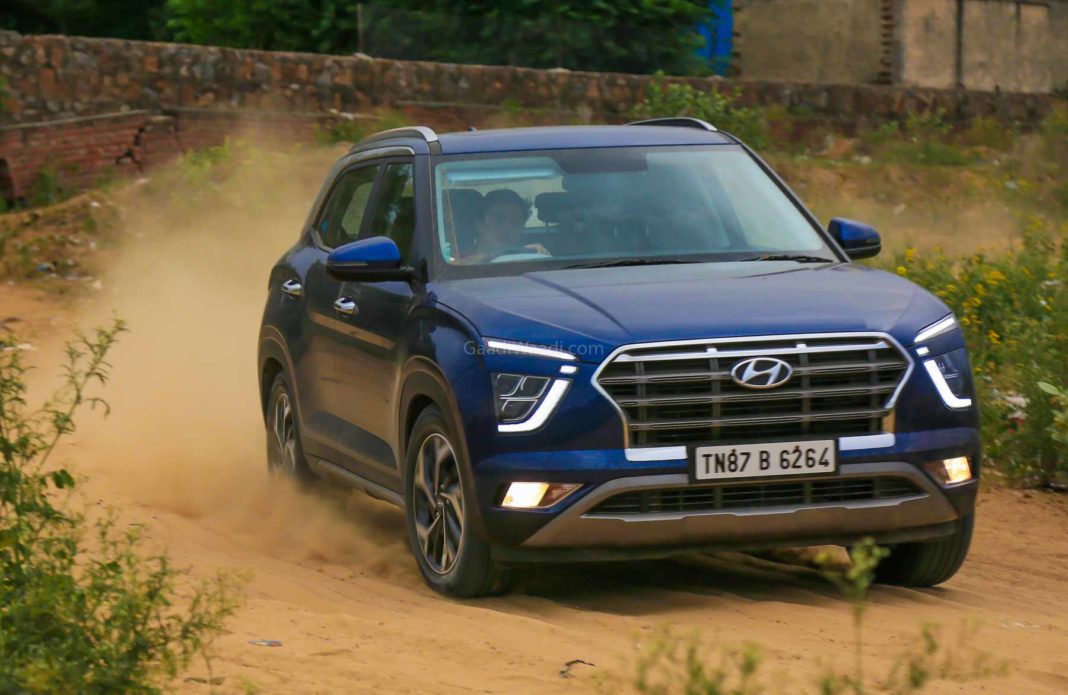 Hyundai Motor India Limited (HMIL) has announced that it has exported a total of 32,799 units of the Creta midsize SUV from its domestic production facility in Sriperumbudur, Tamil Nadu in the Calendar Year 2021. In doing so, the five-seater has emerged as the most exported passenger Sports Utility Vehicle in India with appreciable growth.

The Hyundai Creta recorded an impressive YoY volume increase of 26.17 per cent and a total of 42,238 units were shipped when the Creta, Venue and Creta Grand were considered cumulatively. During the same twelve-month period in the previous year, Hyundai exported 25,995 units of the Creta. It was also the most sold SUV in India in CY 2021.

The second-largest car producer in the country recorded a total of 6,35,374 units when domestic and exports were combined against 5,22,542 units in CY 2020. In the January to December 2021 period, Hyundai exported 7,698 units of the Venue while the Creta Grand (the global name for Alcazar three-row SUV) was responsible for adding 1,741 units to the total.

Hyundai is one of the top SUV exporters in India with over 2.62 lakh units shipped abroad and the Creta contributed to more than 93 per cent of the total along with the Venue. HMIL exports passenger cars to over 100 countries across the globe on six continents: Europe, North America, South America, Asia, Africa and Australia.

The company has already commenced shipping i20 N Line and LPG variants of its existing models to South Africa and Peru as well. In CY 2021, Hyundai’s YoY growth in the export department stood at an impressive 31.8 per cent despite the global semiconductor issues. It saw a growth of 91 per cent in export orders and added four new markets to the list (Dominica, Chad, Ghana and Laos).