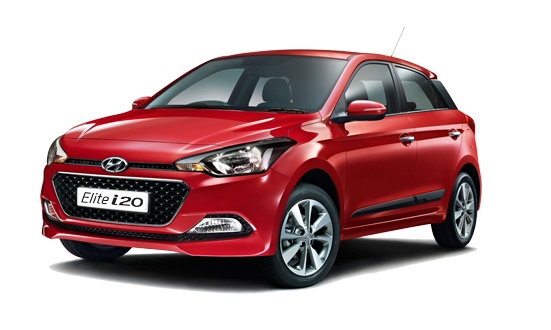 Hyundai Motors India lauded that one of its top selling models in the Indian market, the Elite i20 hatchback, has been retailed at 1.5 lakh since launching in August 2014. Spurred by the tremendous sales numbers, Hyundai has two-third share of the premium compact segment that sees fierce competition from Maruti Suzuki Baleno, Honda Jazz and Volkswagen Polo.

The South Korean company is the country’s largest passenger car exporter whilst selling ten products in the domestic market. Hyundai’s Indian manufacturing facility at Sriperumbudur in Chennai has annual production capacity of over 630,000 units. The compact hatchback was sold first in India before debuting in Europe and to stand by its sales expectancy, it racked up one lakh milestone in June 2015 following the increase in production by a few thousands earlier this year to reduce the waiting period.

The Hyundai Elite i20 has never sunk its steady ship of sales as evident from latest figures of 11,019 sold units in October 2015. With a beguiling exterior European styling, it comes loaded with features like climate control, automatic headlamps, rear air-con vents, electrically-folding side view mirrors, push-button start, reversing camera and touchscreen Audio Visual Navigation (AVN) system among others.

We are overwhelmed with the customer’s response by receiving unprecedented 150,000 domestic sales for the Elite i20. This reflects the strong customer connect and confidence on Hyundai products.

We thank customers, channel partners, employees and media who have chosen our product Elite i20 and made it a super performer brand in India and who have contributed to this landmark achievement.“

The hatchback comes with 1.2-litre petrol engine producing 82bhp and 1.4-litre diesel unit making out 89bhp. The petrol motor is mated to a five-speed manual gearbox whilst the diesel gets a six-speed manual transmission. It’s priced in the range of Rs 5.3 lakh and 6.93 lakh for petrol variants and between Rs 6.41 lakh and Rs 8.05 lakh for the diesel variants(ex-showroom Delhi).

The second largest car maker in the country launched the alluring Creta compact SUV as its tenth product offering in July this year. It registered more than 70,000 Bookings suggests a new statistics from the South Korean manufacturer whilst a jaw-dropping 3,40,000 enquiries were made in India with another 15,770 orders had been made globally.