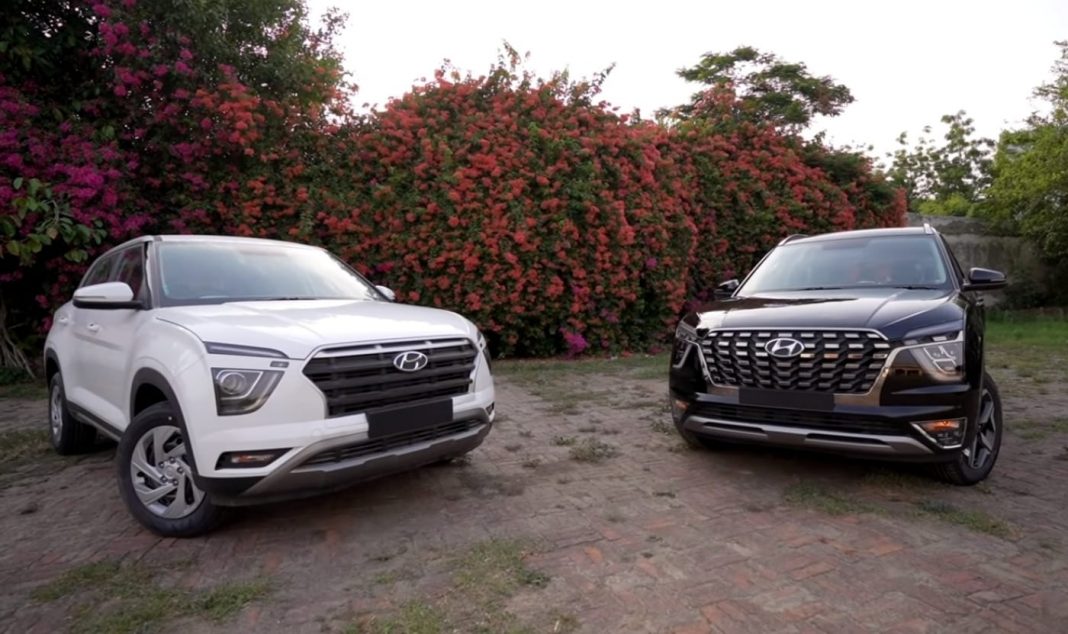 Here, we have a video comparison between the Hyundai Creta and its newly-launched three-row sibling, Hyundai Alcazar

Hyundai recently launched a new three-row SUV in the Indian market, named Alcazar. The new model shares its platform with the Creta, and there are plenty of mechanical and visual similarities between the two vehicles. However, the two SUVs have massive differences as well, which require a detailed explanation!

Here, we have a video comparison between the Creta and Alcazar, uploaded by Ayush SSM. In the video, the base trims of both the models have been used. In terms of design, both SUVs have a lot of commonalities. The Alcazar sports split headlamps, the same as the Creta, but the front grille design is different. The side profile has a similar design as well, although the Alcazar is much longer, to accommodate the extra seats.

The taillights design is different on the two SUVs though, which makes them easier to differentiate. Also, the boot space on the 5-seater Creta is higher, at 433 litres, compared to the 180-litre boot of the 6/7-seater Alcazar. Of course, one can always fold the seats down to increase the boot space.

The cabin of the Alcazar is much more premium than the Creta. It gets a Cognac Bown and Black interior theme, and the second row gets a one-touch tumble feature, which makes accessing the third row easy. The 6-seater version gets captain chairs in the middle row, while the 7-seater version gets a regular bench seat.

The Creta, on the other hand, gets a Beige and Black interior theme. The higher trims of the Creta get features like a 10.25-inch infotainment touchscreen, Bluelink connected car tech, panoramic sunroof, wireless smartphone charger, a 7.0-inch digital instrument cluster, etc. The Alcazar offers a larger digital instrument cluster (10.25-inch), and it also gets plenty of additional features, like a blind-view monitor, 360-degree camera, folding tables (behind first-row seats), a second-row wireless smartphone charger, etc. 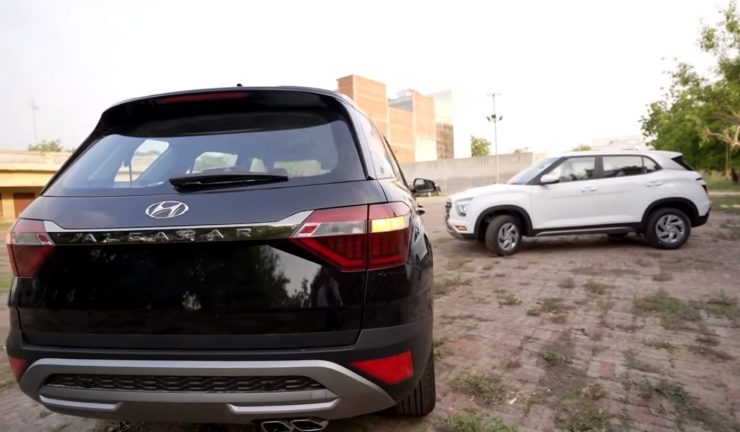