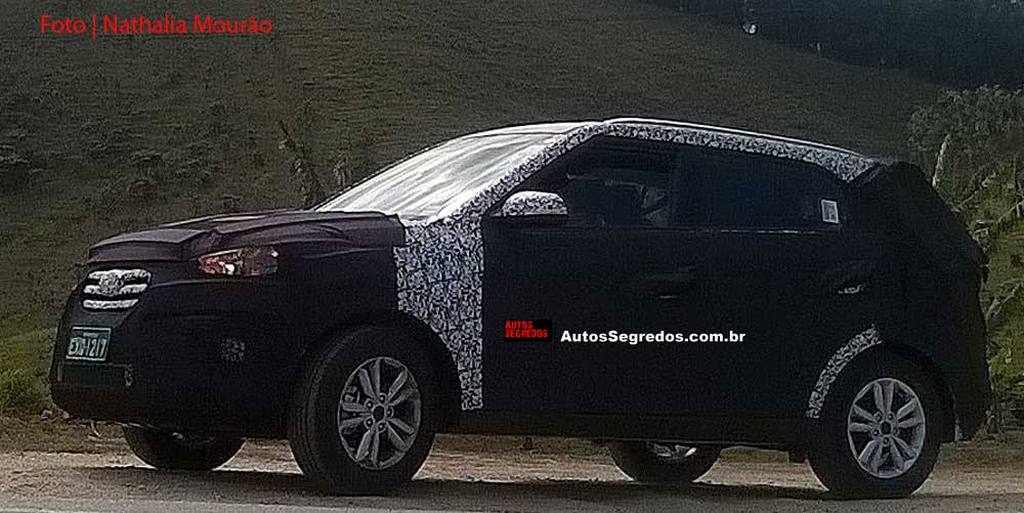 Hyundai Creta spotted in Brazil ahead of launch at the 2016 Sao Paulo Motor Show; with local manufacturing it will have 1.6L flex-fuel engine

The Hyundai Creta compact SUV has been spotted running trials in Brazil by an Autos Segredos reader. The successfully running SUV in India will grace the Brazilian market with a debut at the 2016 Sao Paulo International Motor Show in November. It will be manufactured at Hyundai’s Piracicaba base on full-fledge from next year.

The South Korean brand will assemble the first series of SUV by the closure of 2016. The Piracicaba production facility currently doesn’t allow for a third model and therefore changes in production lines were made in July to give way for the new SUV. It shares the platform with HB20 and will comprise of similar assembly and part sharing. 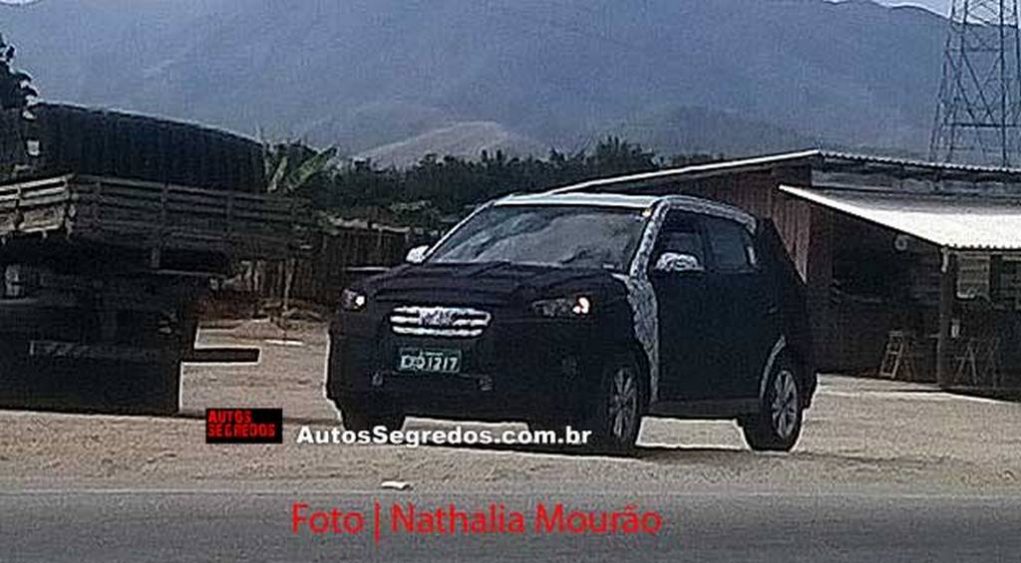 Hyundai Motor Brasil is yet to decide whether the ix25 nomenclature should be used or the Creta moniker according to reports. It is believed to derive powertrain from the HB20 as the 1.6-litre CVVT flex-fuel engine is good enough to pump out a maximum power output of 128 bhp and 161 Nm of peak torque. The engine could be mated with either a six-speed manual or a six-speed automatic gearbox.

It will compete against the likes of Honda HR-V, Nissan Juke and Renault Duster in Brazil before being introduced in other South American markets. The Hyundai Creta is essentially a global version of the ix25 SUV and is also known as Cantus in some markets. It measures 4,270 mm in length, 1,780 mm in width, 1,627 mm in height and features a wheelbase of 2,590 mm and 402 litres of bootspace.

Also Read: Hyundai Creta – All You Need to Know 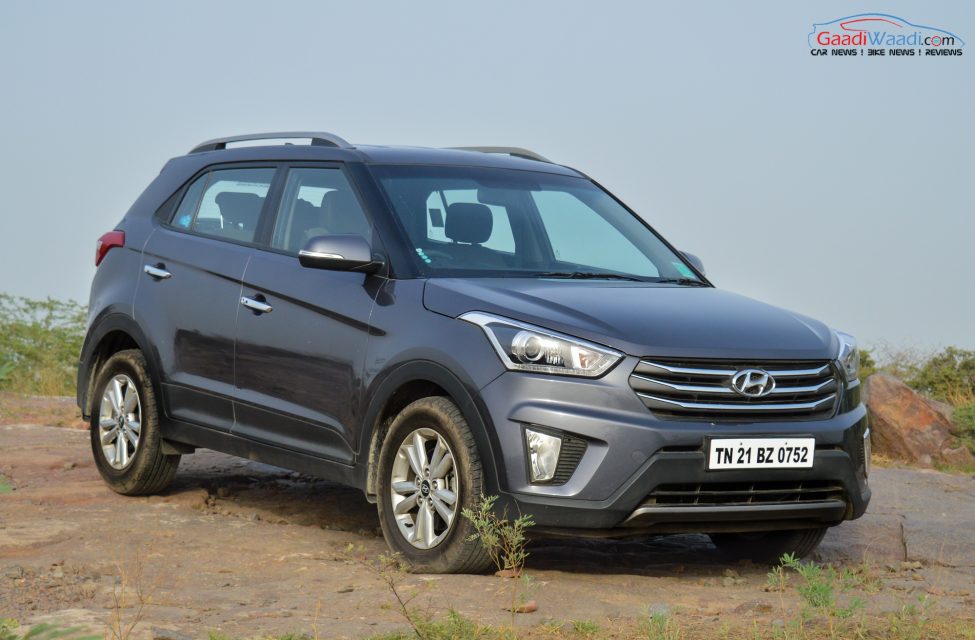