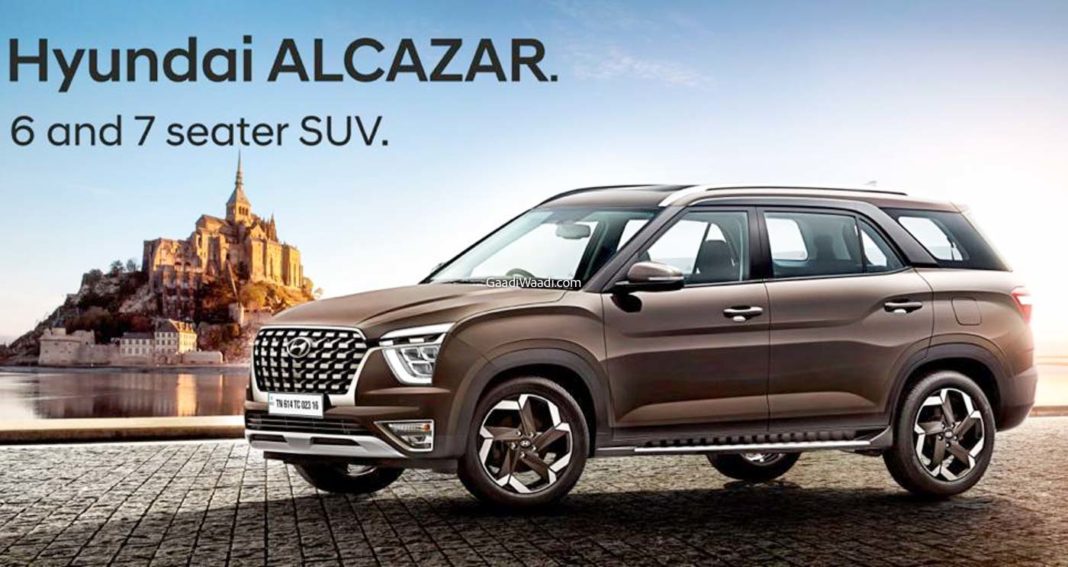 Along with the 2.0L 159 PS petrol engine, the upcoming Hyundai Alcazar SUV will also get a 1.5L 115 PS diesel engine

Hyundai Motor India Limited (HMIL) has hosted the global premiere of the Alcazar today amidst much anticipation and it will go on sale in India next month. The SUV will be offered in six- and seven-seater options and customers will have the option to choose between a 2.0-litre petrol and a 1.5-litre diesel engine. The former produces 159 PS maximum power while the latter develops around 115 PS.

The 2.0-litre four-cylinder petrol engine can also be found under the bonnet of the Elantra and Tucson but tuned for better power delivery and increased performance in the Alcazar while the 1.5-litre four-pot oil-burner is borrowed from the Creta. The mid-size SUV segment leading Hyundai Creta and Alcazar have plenty of commonalities including the exterior, interior and features and they are based on the same architecture as well.

Both the powertrains are paired with a six-speed manual transmission as standard while a six-speed torque converter automatic unit is optional. The Alcazar has a longer wheelbase of 2,760 mm – 150 mm longer than Creta giving plenty of room to access. The best-in-class wheelbase is said to provide good legroom for second and third row passengers alongside making ingress and egress easy. 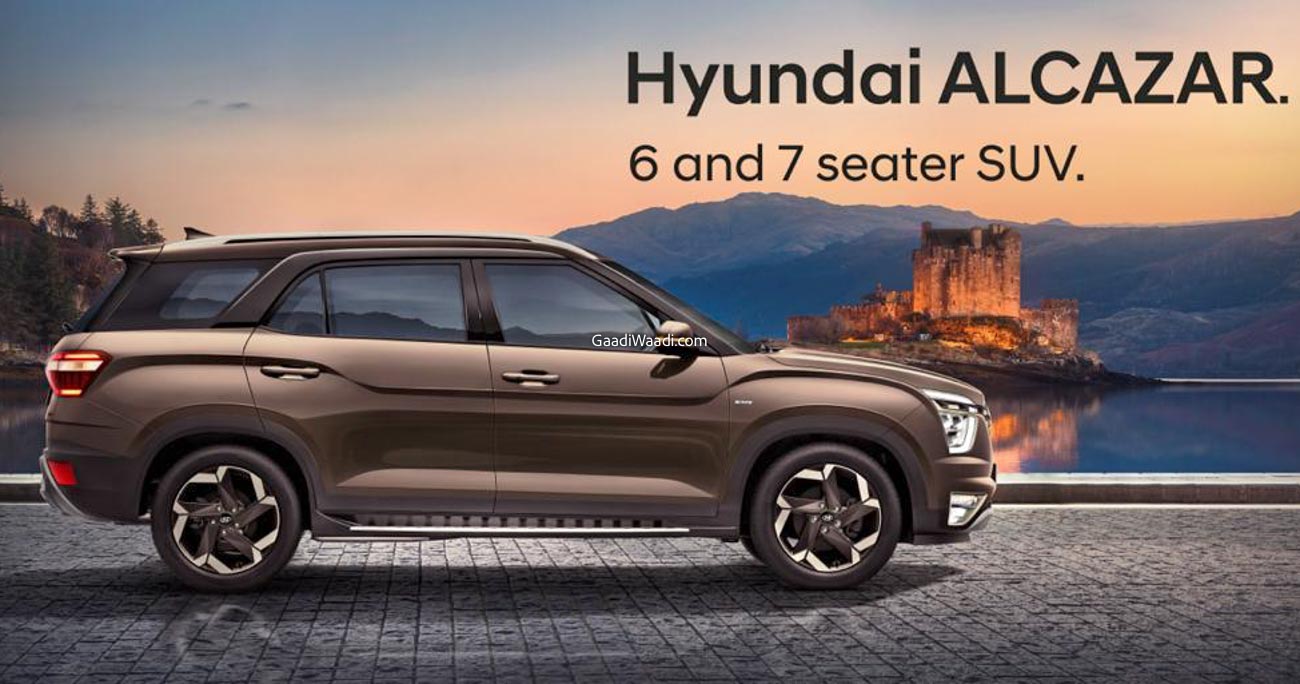 The South Korean auto major also says that the Alcazar has good vehicle stability and control and we can’t wait to see how it performs dynamically. In the six-seater layout, the SUV has central armrest and cup holder for the middle row, and the rear can be accessed with one-touch tip and tumble fold mechanism. For better thigh support, seat cushion length and angle have been optimised.

To leverage more legroom, the second row seats have sliding function. Hyundai looks to expand its SUV market share with the Alcazar and is already the leader in the space commanding 26 per cent market share courtesy of the Creta and Venue. The third row of the Alcazar can also be reclined and the bootspace capacity stands at 180 litres (433 litres in Creta). 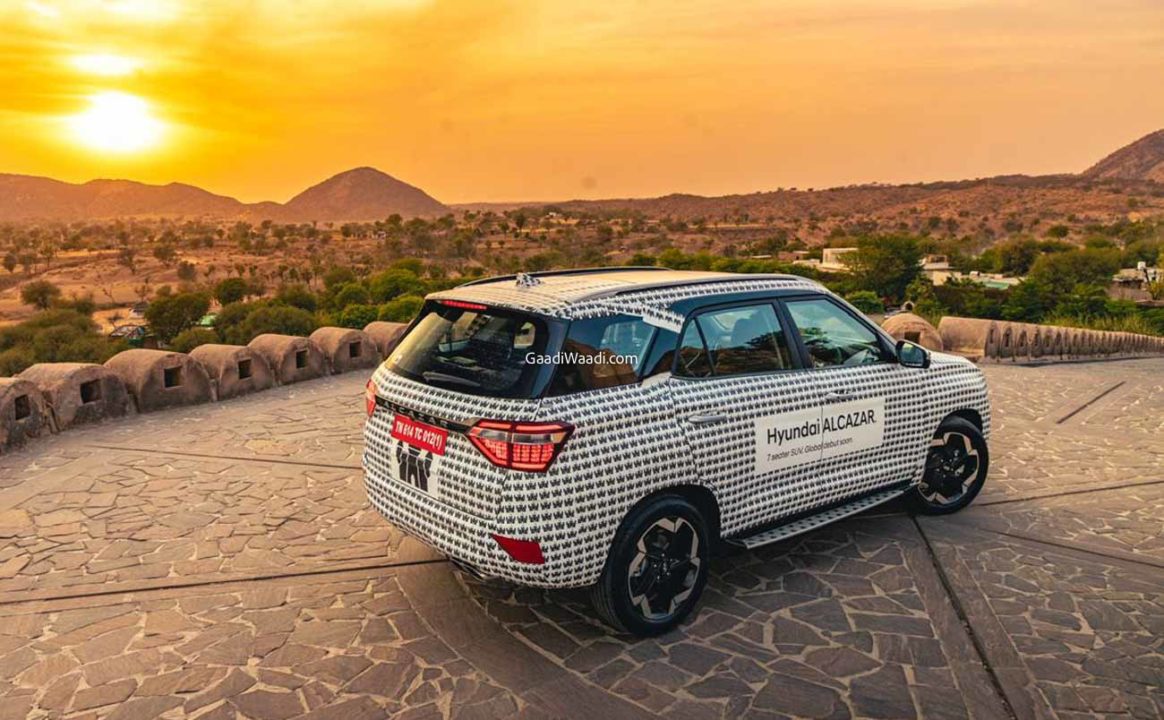 Some of the unique features in the Hyundai Alcazar include third row 50:50 split fold and AC vents with speed control. The two-tone interior of the three-row SUV boasts of features such as a 10.25-inch touchscreen infotainment system with Apple CarPlay and Android Auto compatibility, BlueLink based in-car connectivity features, powered driver and co-passenger seats, and steering wheel with mounted controls.

The Alcazar will more likely be priced between Rs. 11 lakh and Rs. 19 lakh (ex-showroom) and it will compete against recently launched Tata Safari and MG Hector Plus along with Mahindra XUV500. With customers largely preferring seven-seaters derived from mid-size SUVs, Hyundai steps in with plenty of ambition with the Alcazar and the longer wheelbase could come in handy while making buying decisions.