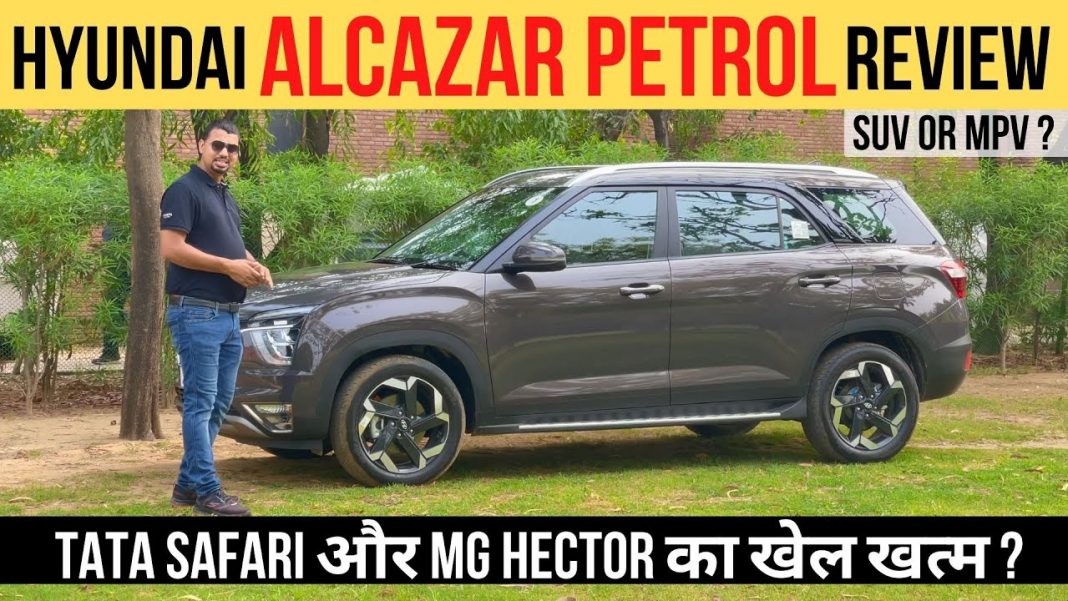 Hyundai Alcazar is offered with a 2.0-litre turbo petrol and a 1.5-litre diesel engine; both are paired with either a six-speed MT or a six-speed AT

Hyundai Motor India Limited (HMIL) introduced the Alcazar in the domestic market only a few weelks ago and is priced between Rs. 16.30 lakh for the entry-level variant and it goes all the way up to Rs. 20.14 lakh for the range-topping model (ex-showroom). The Alcazar can be had with a six- or a seven-seater configuration across petrol and diesel engine options.

The three-row SUV has subtle exterior changes compared to the Creta with a redesigned front grille having new inserts, newly designed alloy wheels and a longer rear overhang. The changes to accommodate the third-row occupants meant the Alcazar’s rear end is different from the Creta with an updated LED tail lamps and a thick chrome bar connecting them.

We got behind the wheel of the Hyundai Alcazar and got a lot of things to say about it and thus we have compiled our gatherings into a detailed review. In the video, the Hyundai Alcazar was tested with a 2.0-litre four-cylinder MPi petrol engine, which produces a maximum power output of 159 PS and 191 Nm of peak torque, and is the same unit found in the Elantra.

The SUV competes against Tata Safari and MG Hector Plus and is also offered with a 1.5-litre four-cylinder U2 CRDi diesel mill, kicking out 115 PS and 250 Nm. Both the engines are paired with a six-speed manual while a six-speed torque converter automatic transmission is provided as an option.