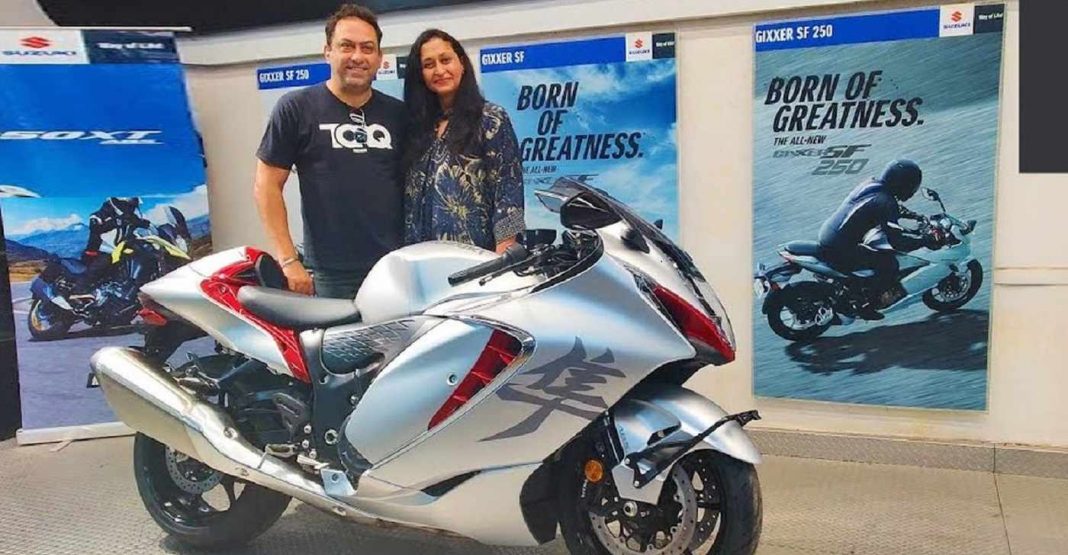 The third-gen Suzuki Hayabusa has recently launched in the country, and both the batches assigned for the Indian market have been announced sold out

Without a doubt, Suzuki Hayabusa is the most hyped-up superbike ever. Now sold in its third-gen rendition, it has managed to grab a warm response from the audience. In the Indian market, the latest-gen model recently went on sale. A total of 2 batches of 100 units each were allotted for the Indian market.

While the first one was sold out in few minutes, the second batch took only an hour to get sold out. These numbers are apt at showing the anticipation that Suzuki Hayabusa possesses in India. A lot of us want to buy the Hayabusa, but only a few are lucky enough to get it as a birthday gift.

We recently came across a video from Dino’s vault where a bike enthusiast – Gagan, got his all-new Suzuki Hayabusa as his 50th birthday gift from his wife. The video shows the complete process of coordination that Gagan’s wife performed to put up this surprise for her husband. Well, she ensured that the motorcycle was delivered on her husband’s birthday itself.

Talking of the new-gen Suzuki Hayabusa, it now starts at an ex-showroom price of Rs. 16.40 lakhs. While it continues to don the legendary Hayabusa silhouette, it is now lighter by 2 kilos. The weight saving is the courtesy of a new exhaust system. The Hayabusa uses a 1300 cc 4-cylinder petrol engine that produces 190 PS of peak power and 150 Nm of max torque. Well, these figures are lower than those of the previous model’s.

But you folks don’t worry; the third-gen Hayabusa is the quickest one ever. It now uses new lighter engine components, like pistons and connecting rods. Moreover, there’s a new fuel injection system onboard. For the braking duties, it now uses Stylema braking callipers from Brembo. 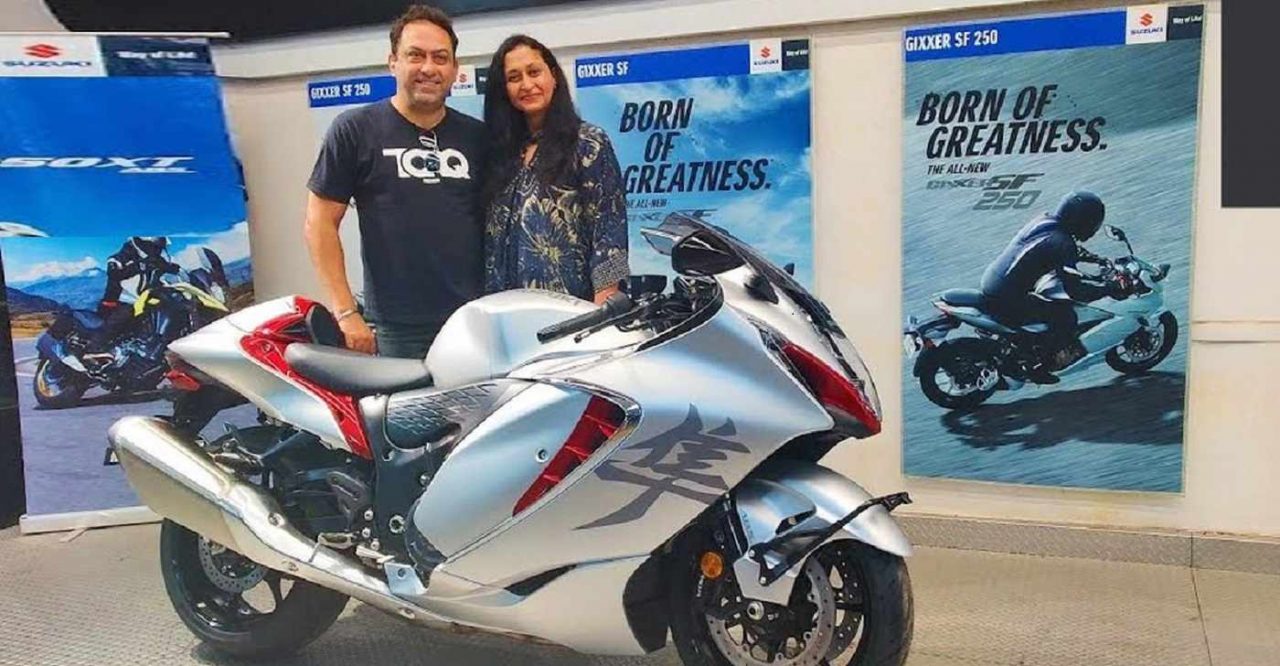 Also, it comes with a traction control system with ten different settings on offer, along with a six-axis IMU. The anti-wheelie control system also has ten modes, while there are three power modes, cruise control, hill hold assist, cornering ABS, and launch control, to keep the rider safe.