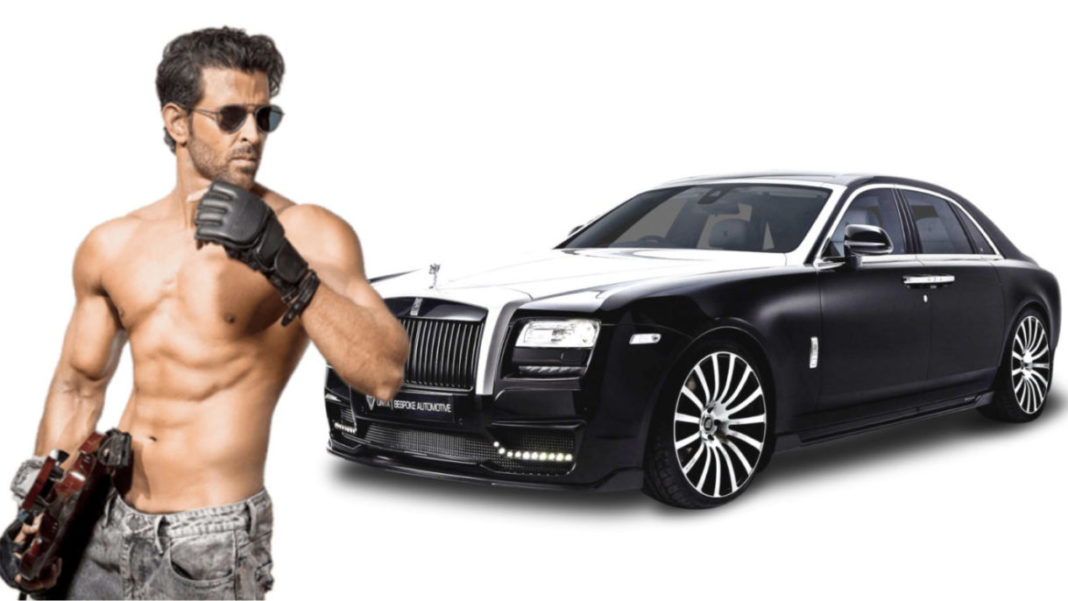 Hrithik Roshan is one of the most successful Bollywood personality who has been around for years now.

He has been seen in a few blockbuster movies and owns a fleet of luxury cars. Hrithik’s personal garage is quite expensive and has a range of multi-crore vehicles. Here is what moves him around the town.

This is the most expensive vehicle in Hrithik’s garage and it costs around Rs. 7 crores because of the number of customizations done by Hrithik Roshan to the vehicle. Rolls Royce vehicles are highly customizable and it is said that no two Rolls Royce sedans are same. Hrithik uses the Rolls Royce Ghost the most and is spotted in it most of the times. It is the most luxurious vehicle in his garage too.

Hrithik always prefers to sit in the front seat, unlike many others who love the rear seats of the luxury sedan. The Ghost Series II is powered by a 6.6-litre twin-turbocharged V12 petrol engine that produces a maximum power of 563 Bhp and a peak torque of 780 Nm. The Ghost can do 0-100 km/h in just 4.9 seconds but the top speed is limited at 249 km/h. 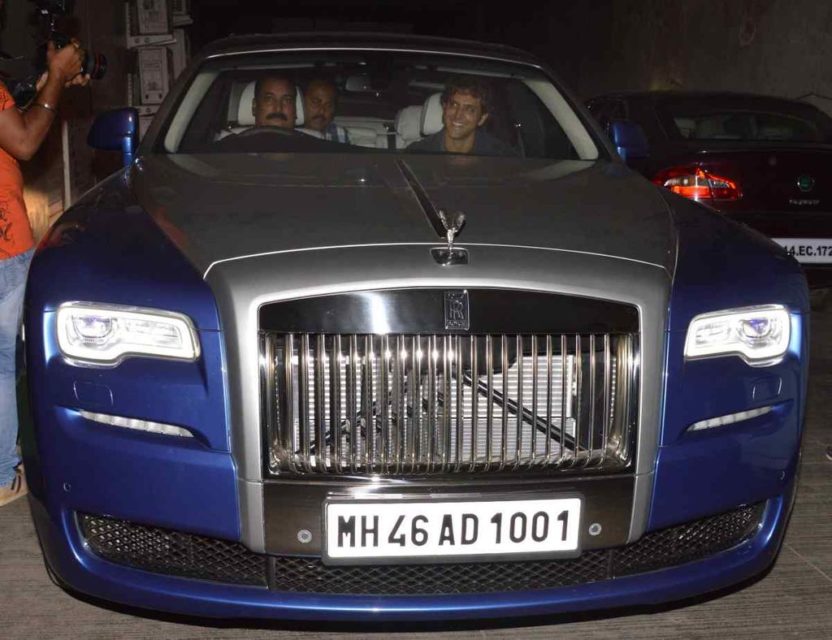 The Land Rover Range Rover is the most common vehicle in the celebrity garages and Hrithik has one too. This is the vehicle that is mostly used by the actor after the Rolls Royce. This is an older generation Range Rover but gets all the futuristic features.

The Range Rover Vogue is immensely capable and is also quite helpful when going over the rough road surfaces of the country. The SUV maintains optimum comfort level inside the vehicle. It also has a huge road presence and can intimidate all the other vehicles quite easily. 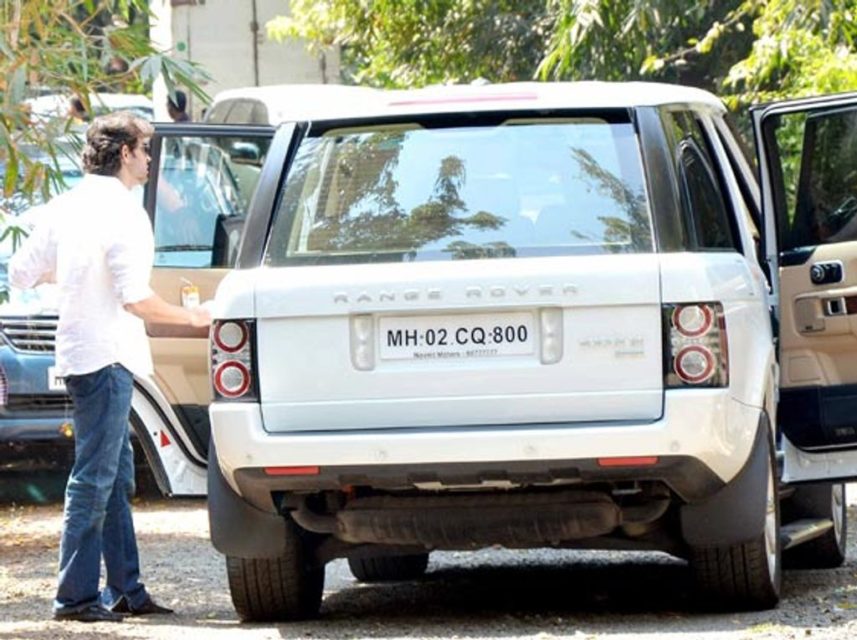 The Porsche Cayenne Turbo is one of the most powerful SUVs in the Indian market. The luxury SUV is the best-selling Porsche in India and is loved by the enthusiasts. The Cayenne Turbo gets power from a 4.8-litre, twin-turbocharged V8 petrol engine. At the maximum output, the engine can produce a maximum of 512 Bhp of power and a peak torque of 750 Nm.

The Cayenne Turbo is extremely quick and can do 0-100 km/h in just 4.4 seconds and can reach an electronically limited top speed of 299 km/h. Hrithik has not been seen in the Porsche in recent times but whenever he gets a chance, he is seen in the driver’s seat of the performance SUV.

Hrithik Roshan uses three different S-Class luxury saloons. Two of which are white and another is black. All the S-Class luxury saloons get powered by the same engine top-of-the-line engine option, which shows Hrithik’s enthusiasm towards performance cars. All of them are the S500 variants that are powered by a 4.7-litre V8 petrol engine. It generates a maximum of 453 Bhp and 700 Nm of peak torque. 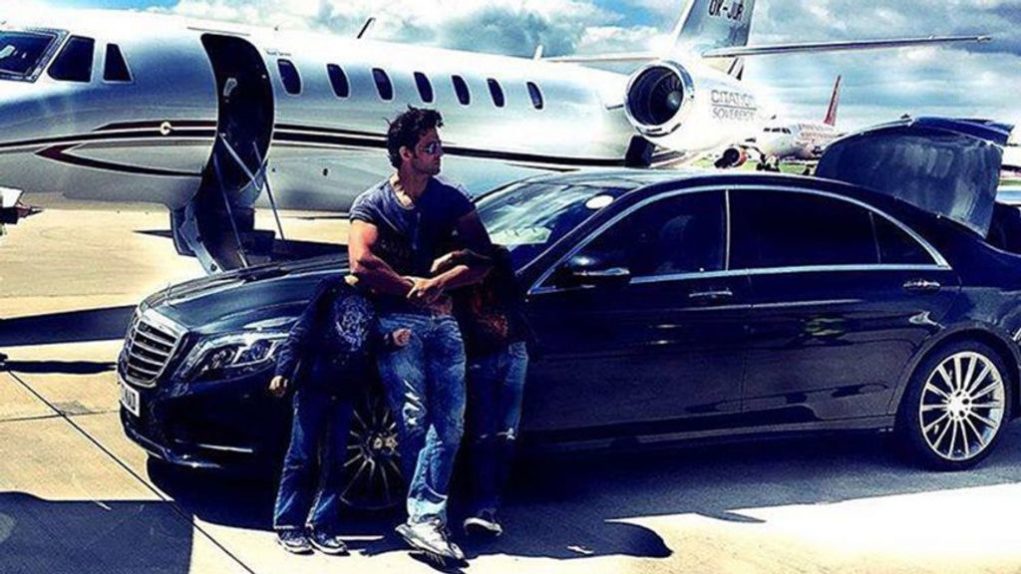 Hrithik is a massive Mercedes fan and it can be seen in his garage. Hrithik also owns a white coloured Mercedes-Maybach S600 that he bought recently. There is no match to the rear seat of the Maybach S600 that gets extended rear room and personalized entertainment systems.

It also gets rear seat massagers. The Mercedes-Maybach S600 is powered by a massive 6.0-litre B12 petrol engine that generates a maximum power of 523 Bhp and a peak torque of 830 Nm. It costs around Rs. 2 crores and is one of the most expensive cars in the market. 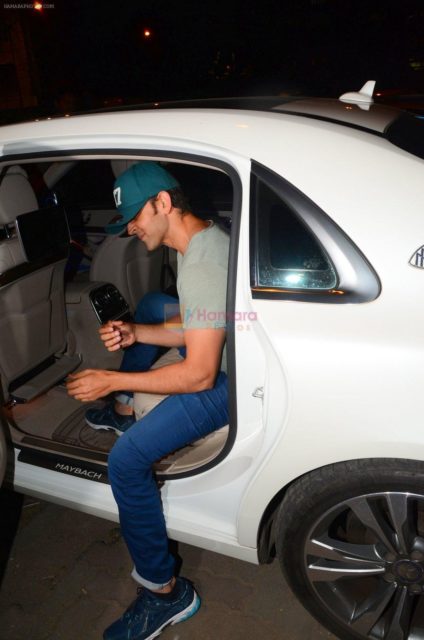 Hrithik Roshan also uses a MINI Cooper performance hatchback. The Cooper S is an iconic car that is known for its handling capabilities and has won a lot of rallies around the world. The MINI Cooper S looks quite funky and Hrithik has been seen driving around in it with his kids.

The small hatchback gets a powerful engine that makes it even more fun to drive around. The Cooper S is powered by a 2.0-litre turbocharged petrol engine that generates a maximum of 192 Bhp and a peak torque of 280 Nm. It gets a 6-speed transmission.