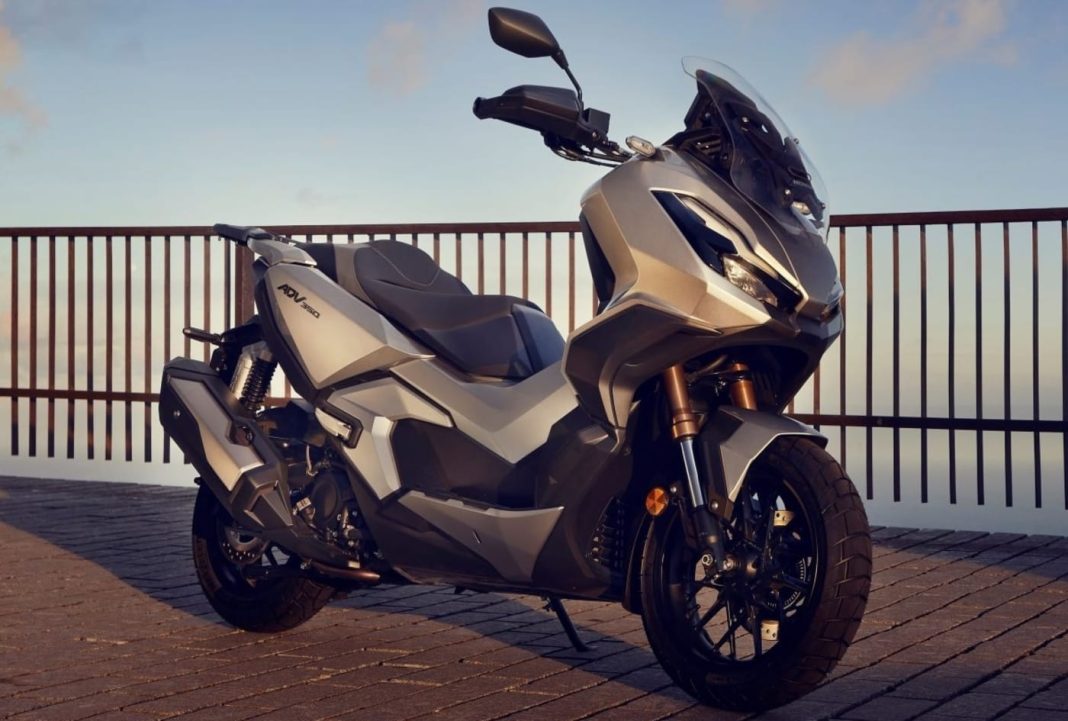 Honda Motorcycle and Scooter India (HMSI) is one of the biggest two-wheeler manufacturers in India. The company seems to be planning to expand its scooter lineup in our market. Honda recently filed design patents for two maxi-scooters in India, namely Vario 160 and ADV350, which is quite exciting news!

Honda ADV350, as the name suggests, is an offroad-focussed scooter. It is powered by a 330cc, liquid-cooled, single-cylinder engine, which belts out 29 PS of peak power and 31.5 Nm of maximum torque, paired with a CVT. In the patent image, we see that the scooter gets USD front forks, alloy wheels, a tall visor, and knuckle guards, among other things.

In international markets, ADV350 also gets disc brakes on both wheels, with the safety net of dual-channel ABS. In the UK market, the scooter is priced at £5,699 (around INR 5.56 lakh), which is fairly expensive for the Indian market. However, Honda could introduce this as a niche CBU product in extremely limited numbers, similar to Forza 300. 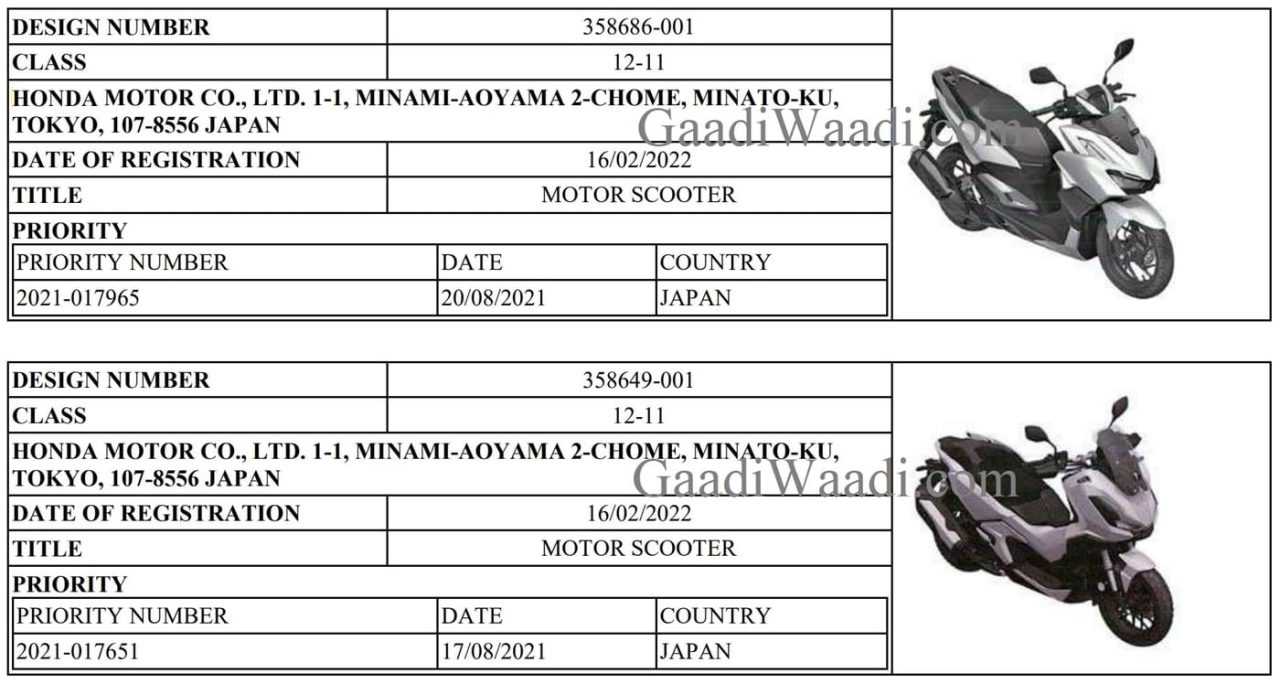 However, if Honda decides to take the local production route, then ADV350 could be an extremely attractive performance scooter, which will rival the recently-launched Keeway Vieste 300. The second maxi-scooter patented by the Japanese manufacturer in India is Vario 160, which has the potential to be extremely popular.

In the patent image, the scooter has a relatively wide apron, a long single-piece seat, conventional front forks, and an overall sleek and sporty design. Powering Honda Vario 160 is a 156.9cc, liquid-cooled, single-cylinder engine. This powerplant is good for 15.4 PS and 13.8 Nm of peak power and torque, respectively, and it comes paired with a CVT.

Honda Vario 160 is extremely popular in South East Asian markets, and in India, it would be a rival to Yamaha Aerox 155 and Aprilia SXR160. We’re not sure when and if Honda would introduce these two maxi-scooters in India. However, it sure seems like the Japanese manufacturer would introduce a few new models in our market very soon, so stay tuned!