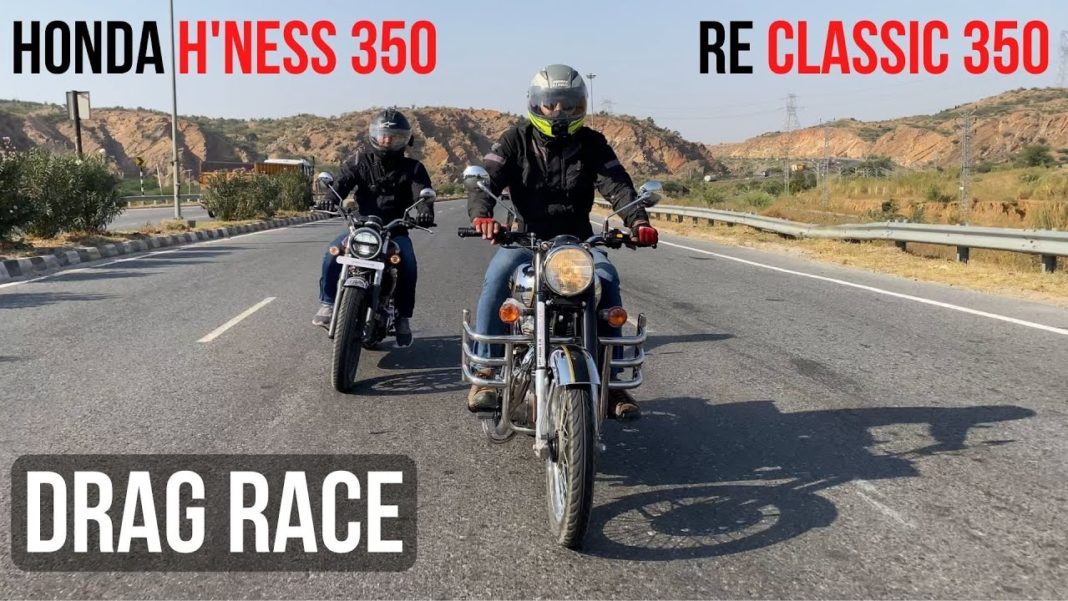 We race the Honda Highness CB350 and Royal Enfield Classic 350, and then compare their top speed and acceleration performance

The Royal Enfield Classic 350 is the undeniable king of its segment, with a cult following among biking enthusiasts. The Classic is due for a generation change soon, expectedly by mid-2021. As for the current model, it quite an old-school machine, and compared to the Honda, it is sparsely equipped as well.

Here, we have a performance comparison between the Honda H’ness CB350 and the Royal Enfield Classic 350. Each motorcycle is powered by 350cc, air-cooled, single-cylinder engine, paired to a 5-speed manual gearbox, and on paper, this seems like a fair comparison. However, in the real world, we see a massive difference between the performance of these two bikes.

First, the Honda Highness and the Royal Enfield Classic compete in a simple drag race. As soon as the race begins, the Honda pulls ahead cleanly. The Royal Enfield, on the other hand, struggles all the way through and is easily defeated by its rival. The winner of round one was the Highness CB350. 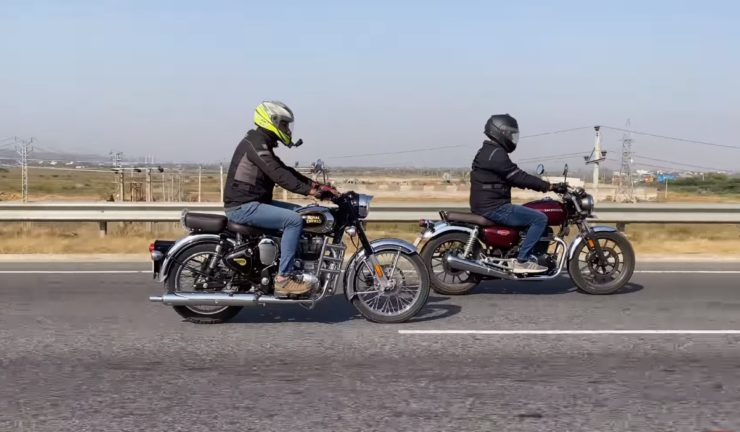 The Honda H’ness outshines the RE Classic in terms of performance, and that too by a significant margin. That said, the next-gen Classic will have a new engine (the same as on the recently-launched Meteor 350), and it will be much better in terms of performance. Will the results be different when the new Classic arrives? We’ll surely test it out next year!