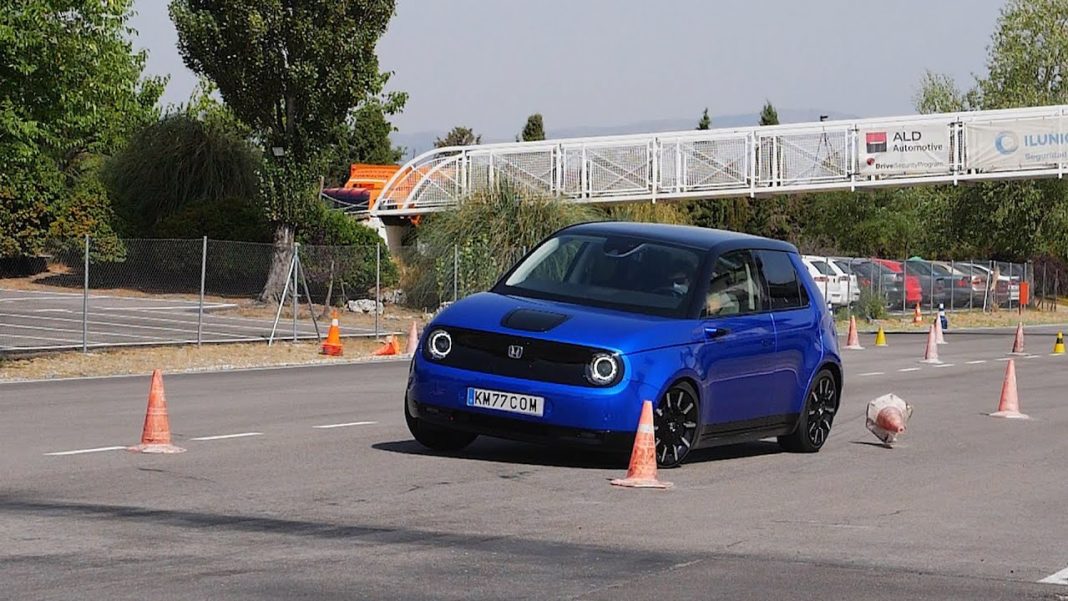 While global automakers are finding ways to increase their EV market share by introducing more performance and driving range, Honda has taken a rather different route. It seems like everyone has hopped on the bandwagon to catch Tesla whose brand value is growing exponentially higher in recent years. Honda though is going after a conservative approach in its first big step into EVs.

The Japanese manufacturer displayed the Urban EV concept in 2017 and it was followed by the Sports EV concept that made its India premiere at the 2018 Indian Auto Expo. The near-production Honda e Prototype was then unveiled in 2019, as the retro design nature harking back to the past and the clean styling approach are blended with a modern electric powertrain.

The Honda e is priced at around 33,000 euros (Rs. 28.91 lakh approx) and it will rival against the Renault Zoe in European markets, where it will target city-oriented buyers wanting to have a nimble hatchback that could be parked in tight spaces without any hassle. So, how good was it to drive and other characteristics? To find out, the Honda e was put through moose test.

The top-of-the-range variant of the Honda e was tested recently and to pass the moose test, the electric vehicle must have an entry speed of 77 kmph or more. Unsurprisingly, the e did not strong to stay within the cones as its compact nature did come into the aid. The zero-emission variant has a maximum power of 152 horsepower and 315 Nm of peak torque.

It can accelerate from zero to 100 kmph in just 8.3 seconds before topping out 145 kmph. In the test, the Honda e had an entry speed of only 75 kmph. The positioning of the battery pack underneath the floor does give it an advantage as it has low centre of gravity and it was shod on Michelin Pilot Sport 4 tyres.

A higher entry speed was not possible but the supermini did tackle the cones without any trouble. The test results of the Honda e can be compared to that of Mercedes-AMG A45 S, Suzuki Jimny, BMW M235i Coupe, Audi A7 sedan, Mercedes-Benz CLA, etc.