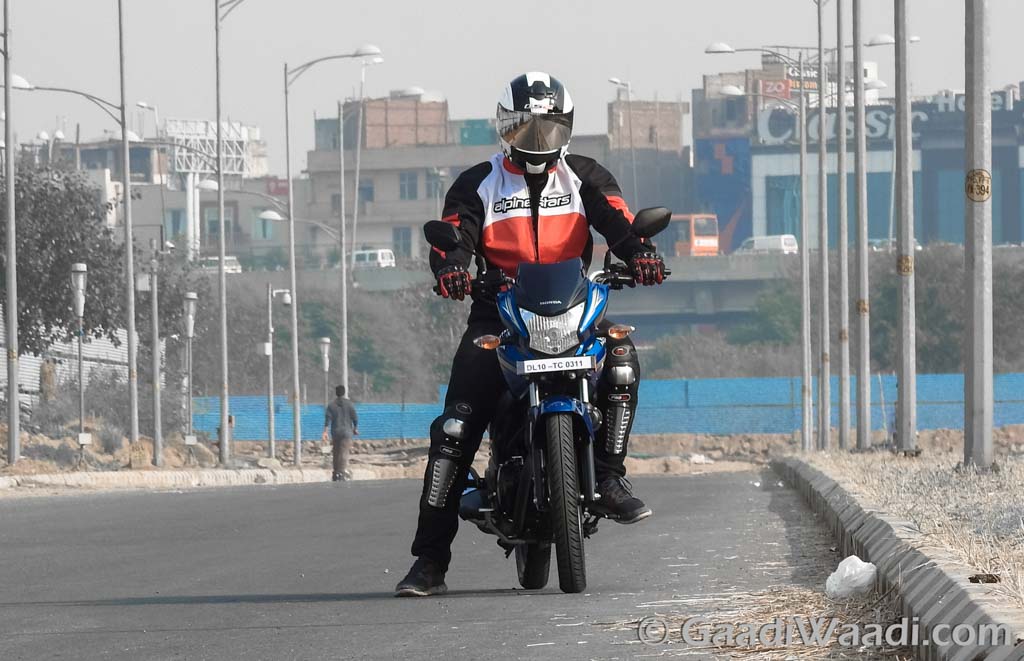 Honda vowed to introduce 15 products in 2015 and as next calendar year closes by the company is not far away from completing that task as the 14th product is already here. Last one is going to be Hornet which should be arriving next month. Today at the CB Shine SP 125 launch along with the announcement of prices, we finally had a chance to look at the bike in person after being spied multiple times hours before the launch.

It has to be most spied bike from Honda till date. We also got a chance to ride the bike for a while blissfully. How did it fare? We find out as we take it through streets, corners and bumps of posh roads in Delhi to tell you if you’re better off with the Shine SP 125 or not over its plain-jane elder brother. 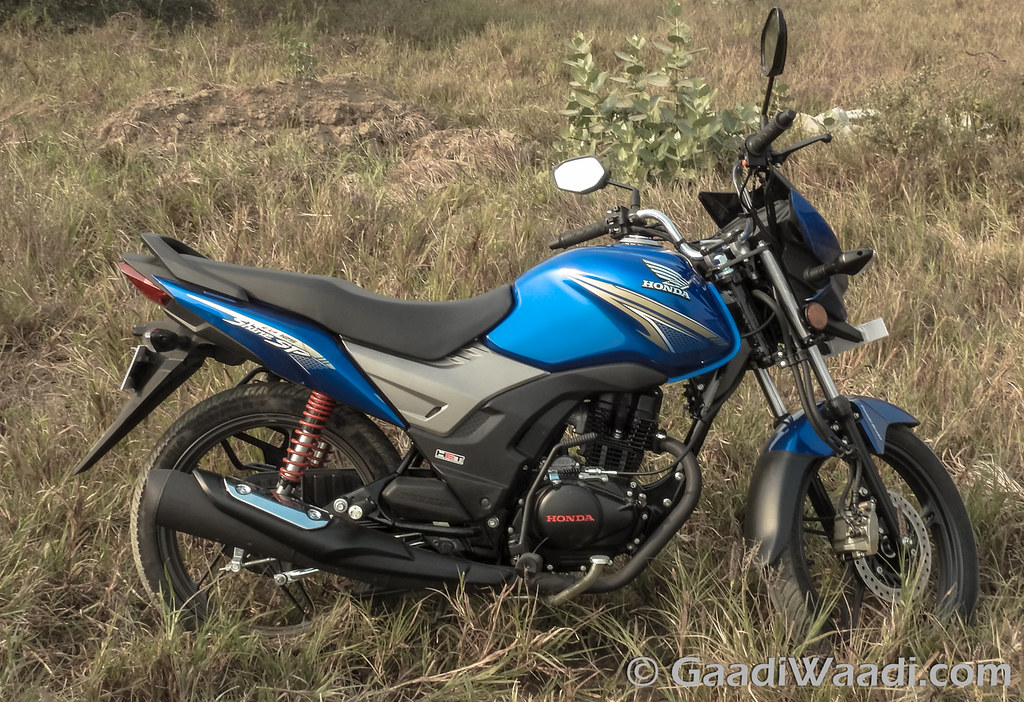 Styling is where the Honda CB Shine SP 125 really shines. Massive cowl at the front gives it a good impression and reminds of the Livo because of the way in which the headlight in cowl fits. Clear lens indicators add a feel of premium-ness to the package. The golden side panels are another highlight of the package. 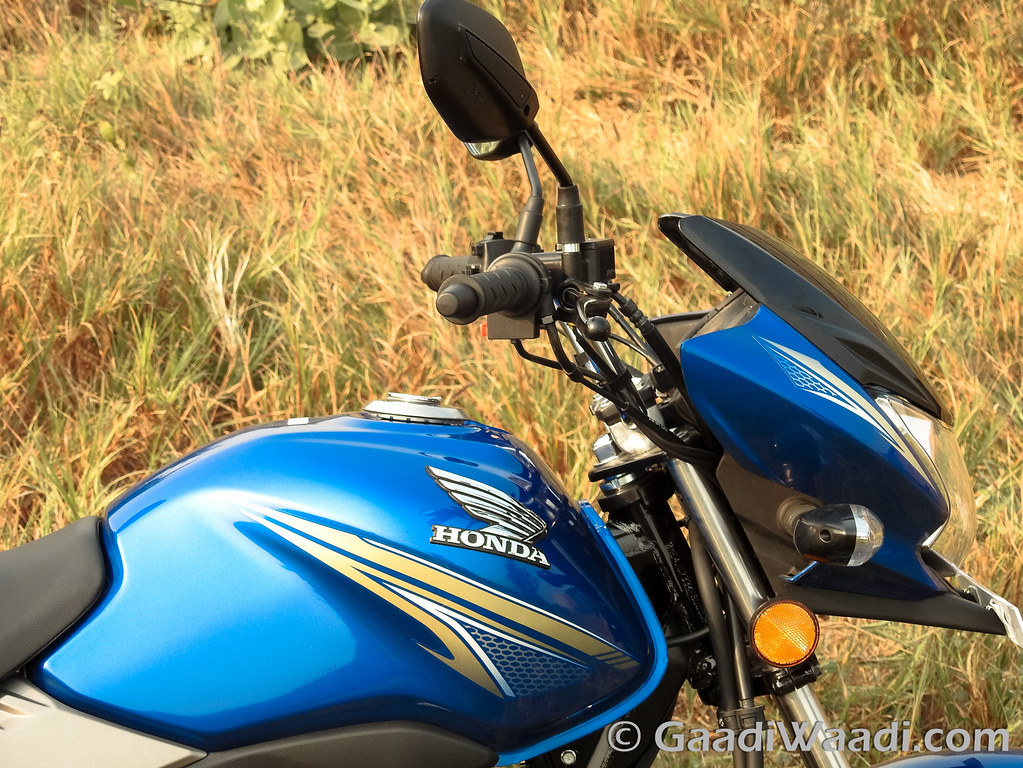 The fuel tank is muscular but the size is very small. Tail-piece and rear-end are typical of Honda commuter series of motorcycles with same cycle parts. Exhaust also takes its inspiration from the Livo and does look rather sporty. Overall, a sporty package which should attract urban buyers the most, just like the Livo. 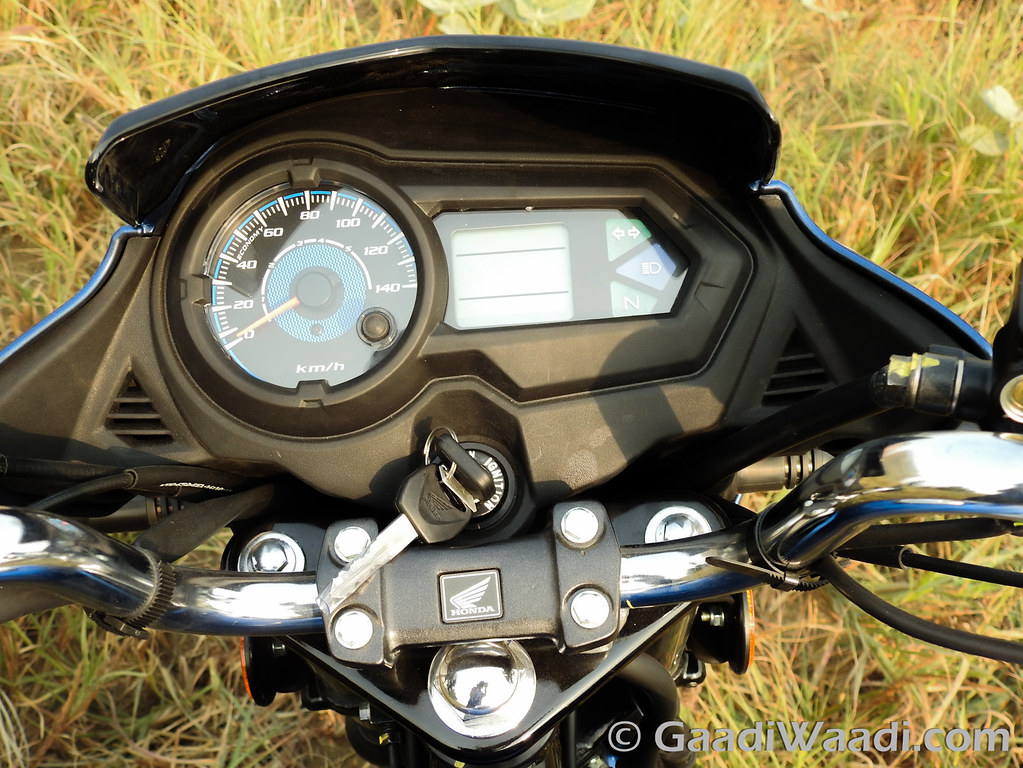 The instrument cluster is another highlight of the package as it is part analogue and part digital. Digital parts show fuel and trip meter whilst analogue meter shows speed, tell-tale lights of high beam, turn indicator and neutral. Surprisingly, no solitary turn indicator light has been witnessed on a premium bike. Switchgear remains the same as before like any other Honda and quality isn’t that great, plus, it is massively outdated. 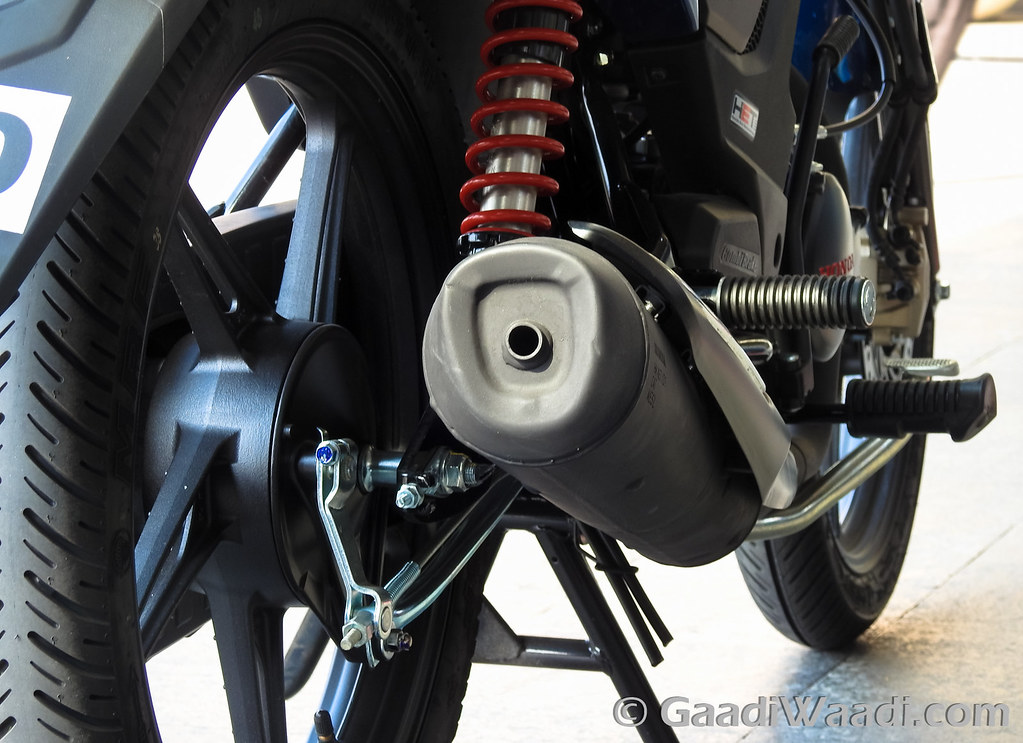 Upright riding position and front set footpegs give the Honda CB Shine Sp 125 a comfortable position and stance. Long journeys shouldn’t be a problem we reckon. Seat is long enough and cushioning of the seat in our short ride test seemed adequate enough. Comfort is what these bikes are bought for and it excels well at it. 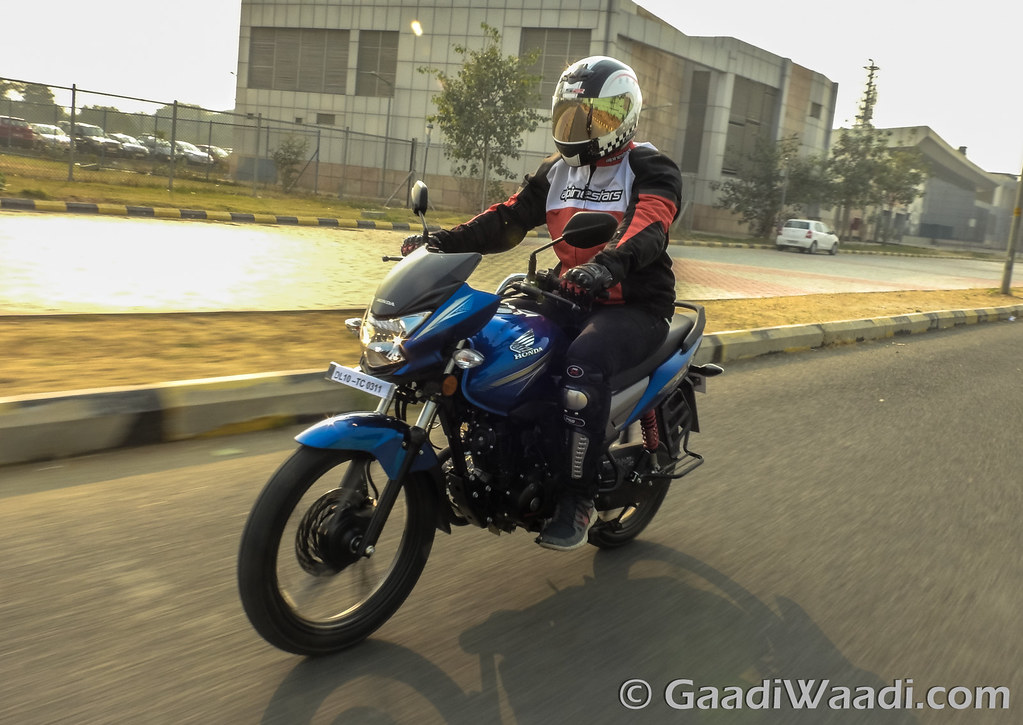 Engine wise, the exact same motor has been carried over from the CB Shine. However, the gearbox now has five cogs over the regular CB Shine which has a 4-speed gearbox. The Motor is smooth and refined as before. Typical Honda engines make good mid-range torque and top-end power but the low-end isn’t as impressive. 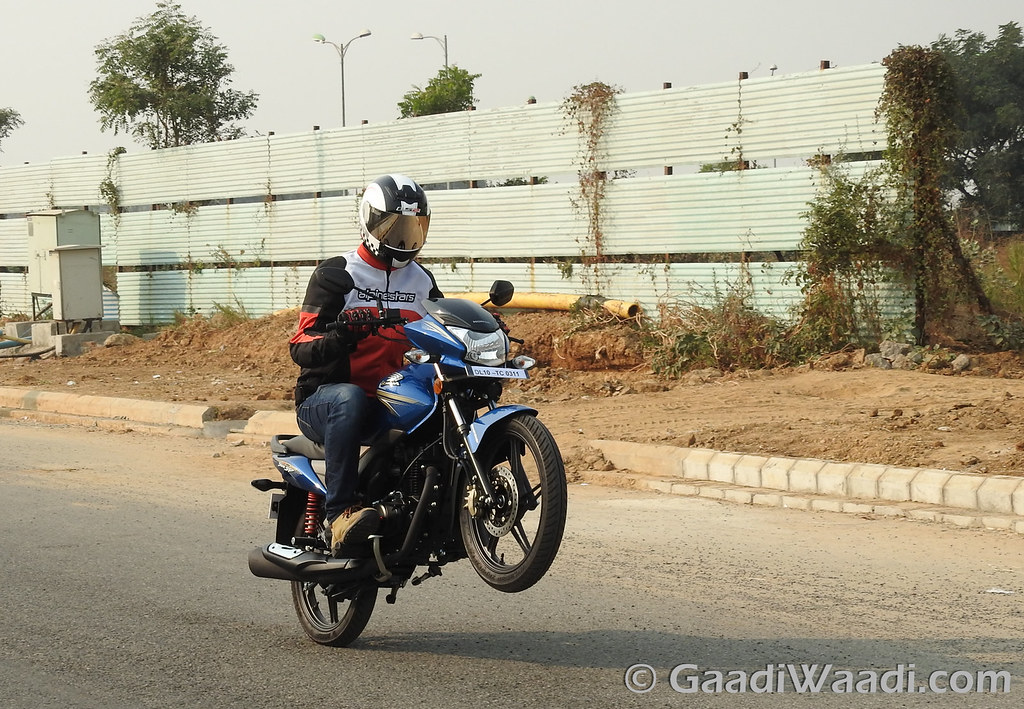 Fifth cog does make over all gearing shorter but pick-up from a stop-light isn’t an issue though if you short shift. We will surely conduct fuel efficiency test in a later time but we are confident it will deliver same mileage of around 60 km/l as before. Overall, a light motorcycle makes the motor respond quickly and does its best to respond to command as quickly as possible. 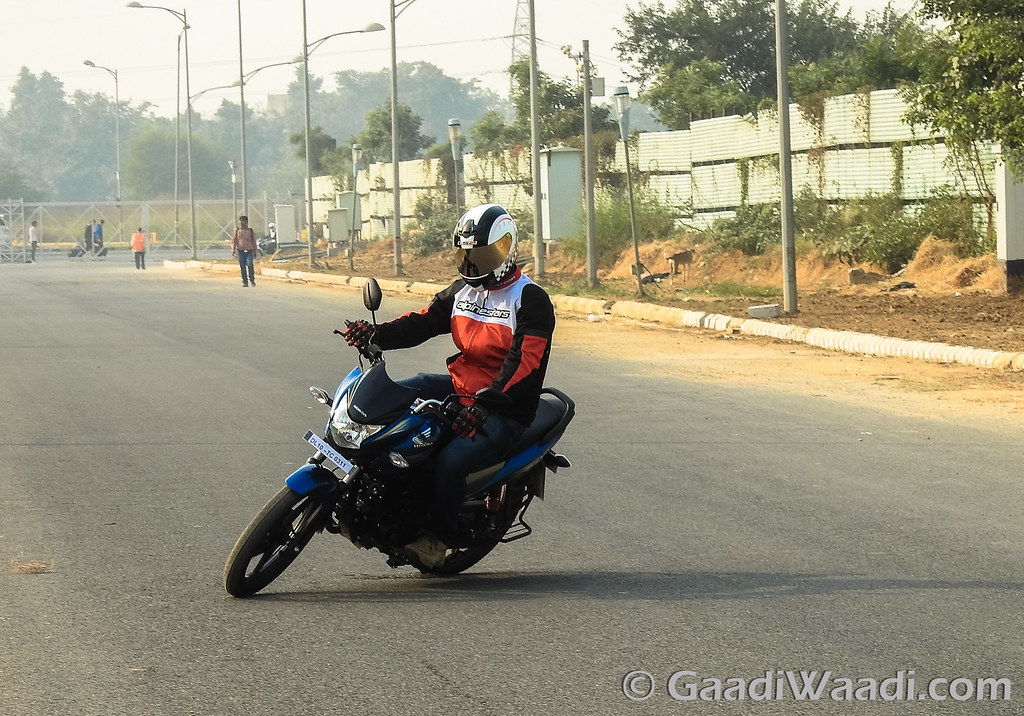 Dynamically, its surprisingly, even more flickable and agile a motorcycle than before. The wheelbase is identical as the normal versoin of the CB Shine which makes it quite fun round the corners. Ride quality as always is very good. 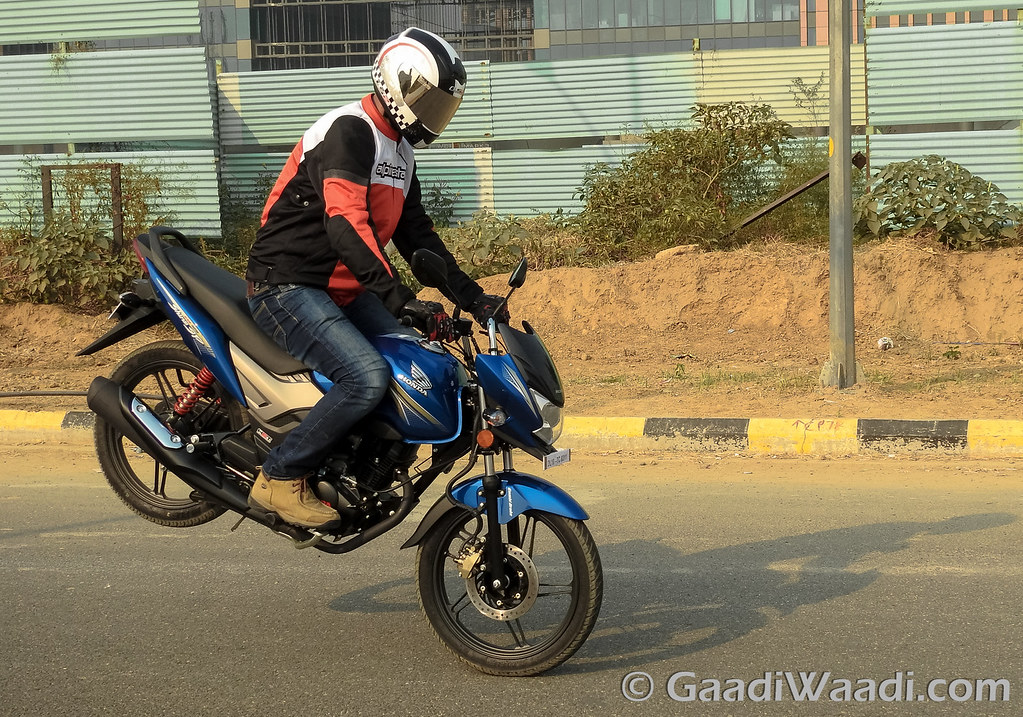 Tyres seem inadequate at 80 /100-80, Shine SP now comes with Ceat tyres but grip is good. Brakes are really good as we tested the bike with disc brake at the front. Drum brakes at the rear also do a very good job as always. Along with Style and 5-Speed gearbox, braking capability of the Shine SP gets major improvement over regular Shine. 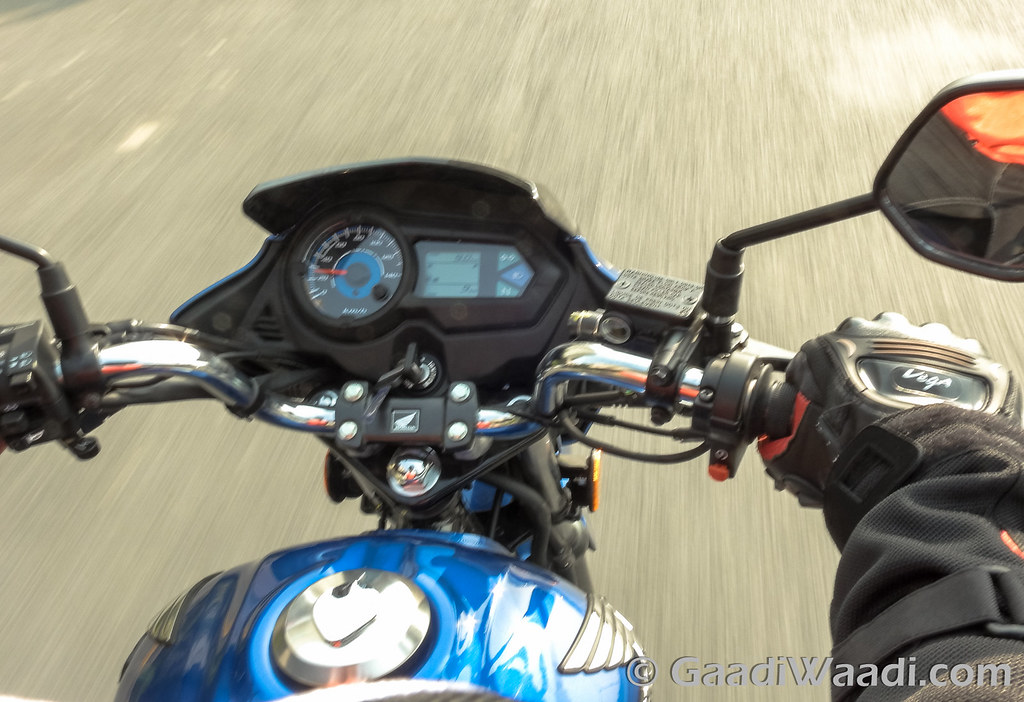 Typical Honda commuter motorcycle means it’s a nimble motorcycle in the city with adequate power and overall its comfortable and slightly more powerful over any other 100cc bikes you have been looking for. 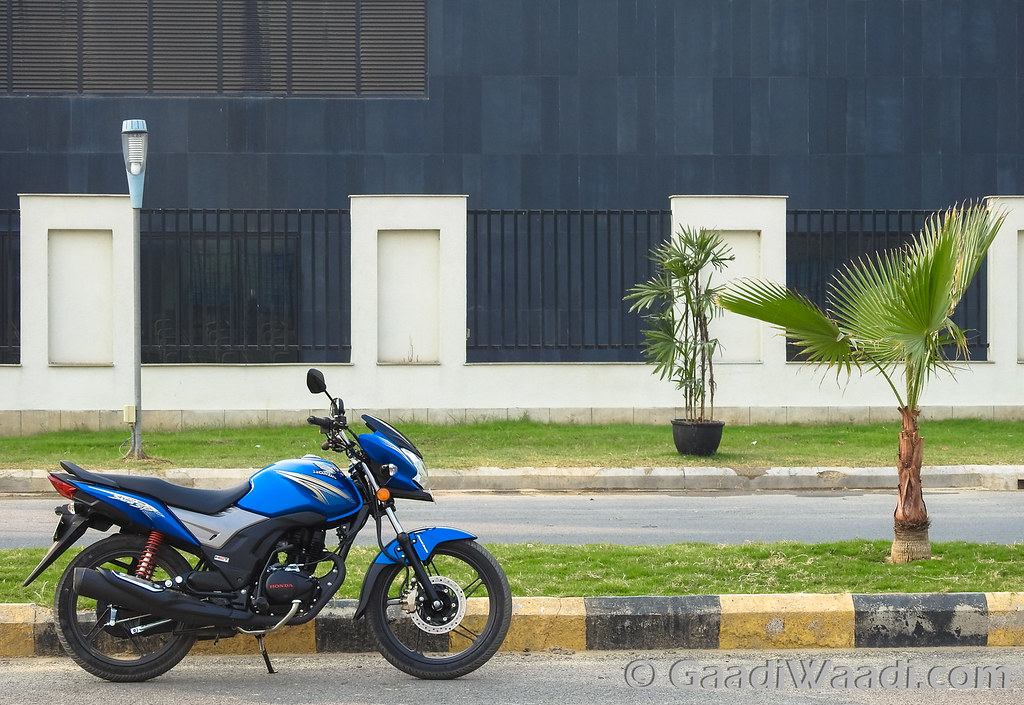 Honda has got it right as it did with the award winning CB Shine of the past. It’s quick enough, light and comfortable for city duties. Price is slightly higher over the CB Shine. The plus side to the high price is that you surely get a premium looking motorcycle which has good quality all around. 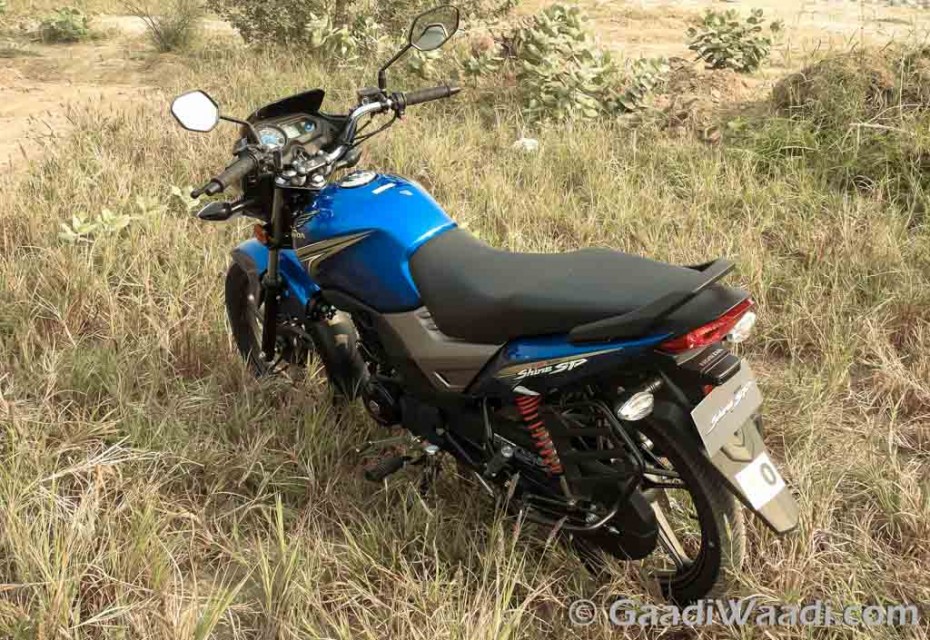 Needless to stay it has strong mechanical package underneath. Five-speed gearbox makes it more accessible while performance on highway and efficiency should surely see a bump. Ek gear raho age, says Honda. We believe them, almost. One thing is for certain, you cannot go wrong with it!