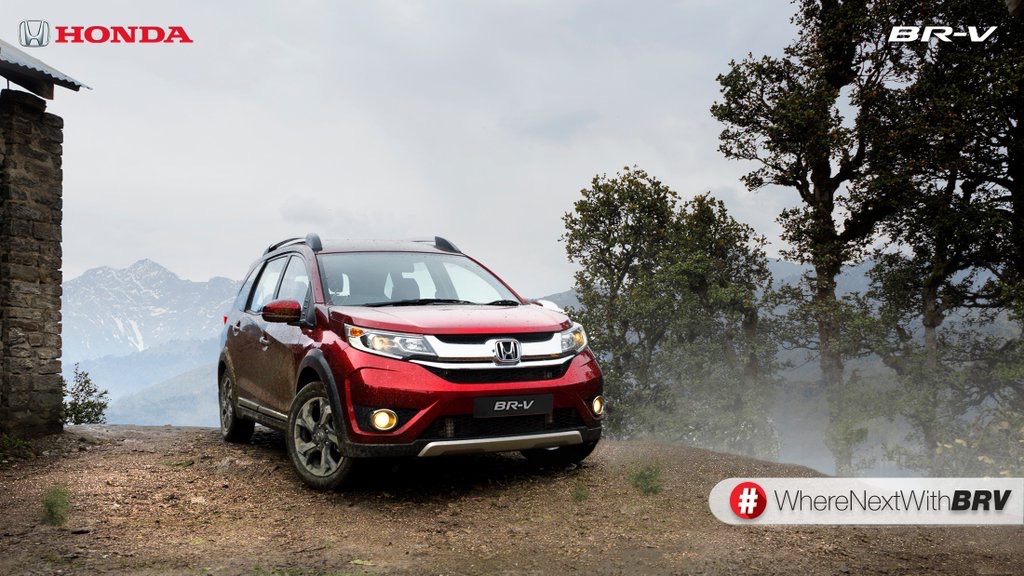 Honda BRV is based on the extended Brio platform which is shared by Mobilio MPV and Amaze compact sedan, the compact Honda BRV (BR-V) sports utility vehicle launched in India priced from Rs. 8.75 Lakhs to Rs. 12.90 Lakhs in India. Termed as the ‘bold runabout vehicle’ the BR-V will go up against the established rivals in its segment such as Hyundai Creta, Renault Duster, Nissan Terrano and Maruti Suzuki S-Cross.

Honda has lot of expectations deposited on the BR-V compact SUV which will have two engine and three transmission options from the company’s notorious petrol and diesel line-up – a 1.5-litre iVTEC petrol unit and a 1.5-litre iDTEC diesel engine. The petrol engine with Zig-zag piston coating pattern and CCS (cooling control spacer) is capable of delivering 119 hp at 6,600 rpm and a peak torque of 145 Nm at 4,600 rpm. 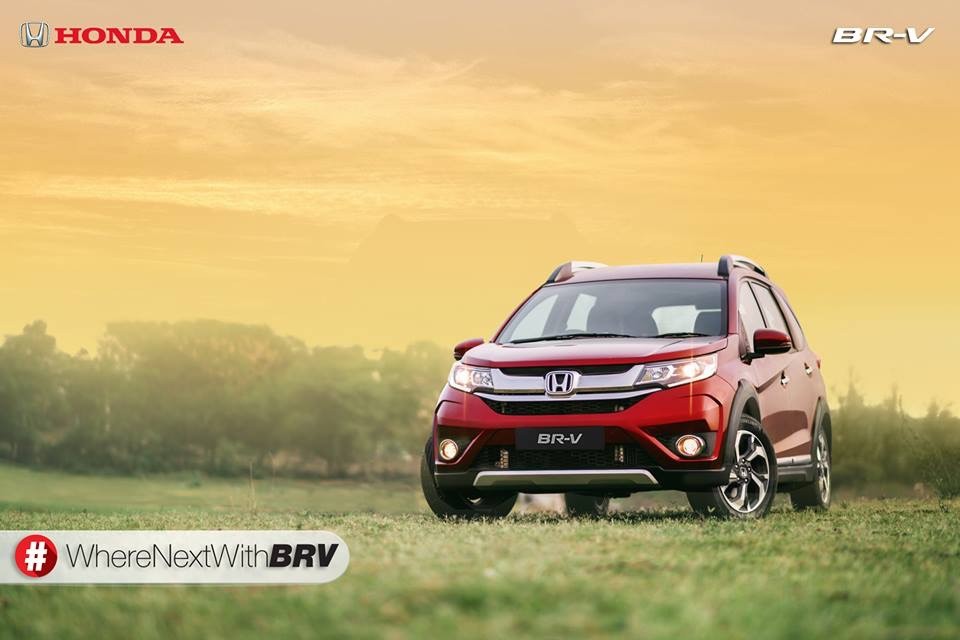 It comes coupled with either a new six-speed manual, as opposed to five-speed unit in City and Mobilio, or CVT automatic transmission developed by Honda’s Earth Dreams Technology team. The 1.5-litre i-DTEC diesel engine powering the City and Mobilio will also be offered in India. It is good enough to produce 99 bhp of maximum power output and 200 Nm of peak torque.

It will be linked with a six-speed manual gearbox only as the class-leading engine will not be offered with an automatic. Honda will not offer the BR-V with four-wheel drive configuration as the power will only be sent to the front wheels. 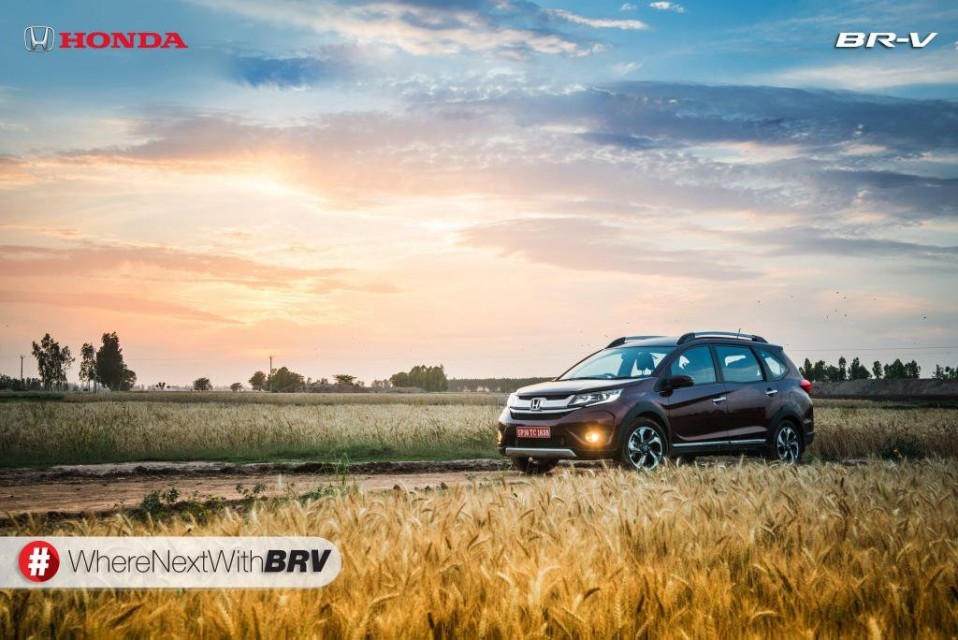 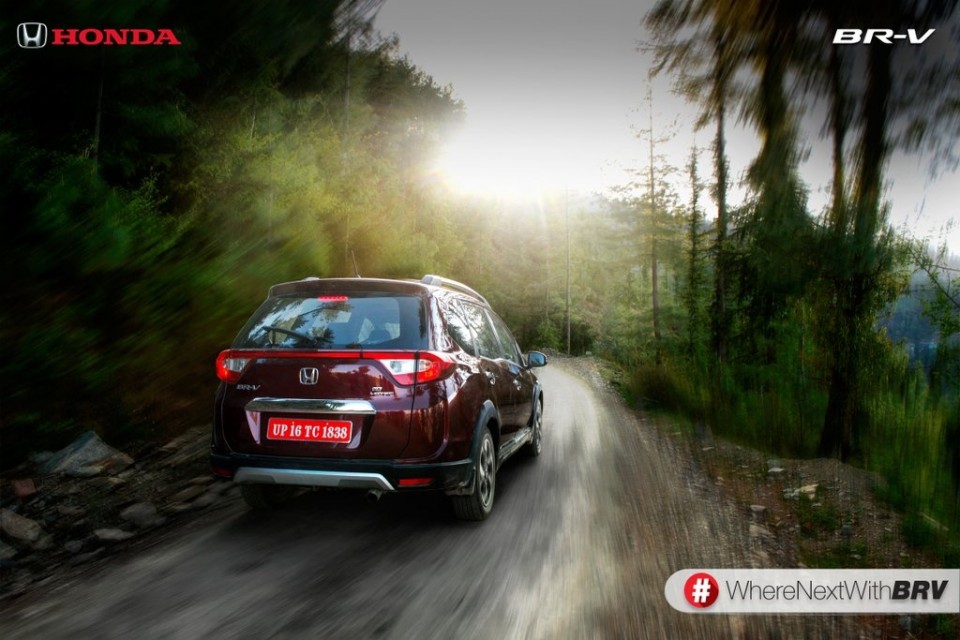 Disappointingly, the touchscreen infotainment system won’t be provided in any of the variants and instead the audio player will have Bluetooh telephony – a move to cut the costs down and price aggressively. The middle row seat can be moved flexibly and folding the third row of seats gives a massive 691 litres of luggage space – claimed to be class-leading.

Dual SRS airbags will be offered as standard. ABS (Anti-lock Braking System) with EBD (Electronic Brake-force Distribution) will be included in all of the diesel variants but the petrol grades will only get this feature in the middle and higher level models. Other safety technologies expected are front 3-Point Load Limiters with Pretensioner ELR Seat Belt and ISOFIX, Vehicle Stability Assist (VSA), Hill Start Assist (HAS) and Brake Assist (BA).

The Honda BR-V will compete in the fiercely competitive SUV segment by rivalling against Hyundai Creta, Renault Duster, Maruti S-Cross and Nissan Terrano and is the only seven-seater offering among them.