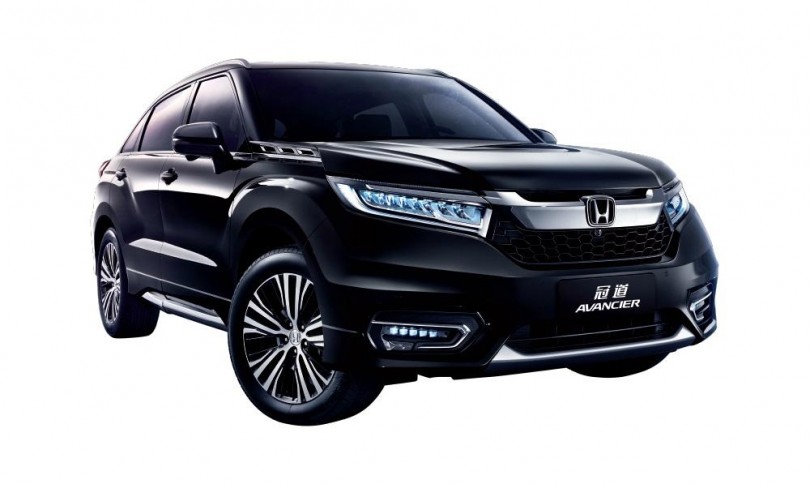 Honda Avancier SUV unveiled on the very first day of the 2016 Beijing Motor Show. Earlier showcased as the Concept D at 2015 Shanghai Auto Show, the Avancier made its global debut today. The car will be exclusively sold in Chinese market only.

The name Avancier comes from the five seater JDM wagon existing back in between 1993 – 2003. The 2016 Honda Avancier is a sharp and aggressive looking premium SUV although. The car will be positioned above the widely popular Honda CR-V. Talking about the design, the Honda Avancier sports Honda’s signature thick chrome bar at the honeycomb pattern front grille. The chrome bar holds the Honda logo. The hood gets sharp V shaped design with the character lines running toward the nose section. The headlamps look sleek and they are fully LED units with integrated LED daytime running lights. The headlamps sport a blue tint. The front bumper looks muscular, and it gets sleek LED fog lamps at both sides of the lower front fascia. To emphasize on the muscular appearance Honda Avancier sports sliver skid plate at the front bottom. The side profile gets heavily muscular appearance with protruding wheel arches.

It also sports side sills. The car boasts sleek roof rails and the rear gets roof spoiler a sleek chrome bar running between the two part taillights. The rear also sports dual sharp exhaust vents and a silver diffuser. The black themed interior of the car gets plush leather upholsteries. It will offer a spacious and comfortable interior. The Honda Avancier is the first car which gets Honda’s 2.0 litre four cylinder turbocharged petrol engine in the Chinese market. The car will hit the market later in 2016.