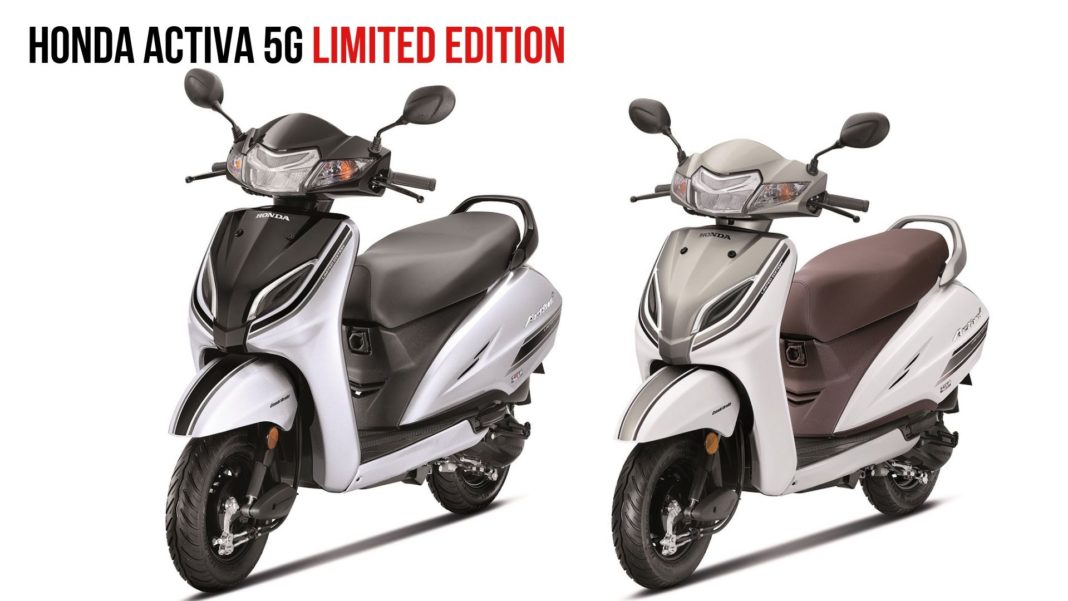 This newly introduced limited edition Activa 5G receives two new dual-toned colour options available with either silver and black or pearl white and gold. The white and gold colour option also features a brown seat that adds a premium feel to the scooter.

It also gets its wheels finished in black, a pinstripe down the front mudguard and also one along with the side body panels. To differentiate it from the standard variants the side body panels in particular also feature a ‘Limited Edition’ sticker as well.

They are no mechanical changes made to the scooter though. The Honda Activa 5G limited edition model is powered by the same 109cc, air-cooled, single-cylinder engine that delivers about 8PS of peak power at 7500rpm and 9Nm of peak torque at 5500rpm.

The suspension duties are taken care by the same age-old bottom-link unit at the front and a hydraulic monoshock unit at the rear. The braking duties of the scooter are taken care of by a 130mm drum brake on both ends. This special edition variant also gets Honda’s combi-brake system (CBS) as standard. 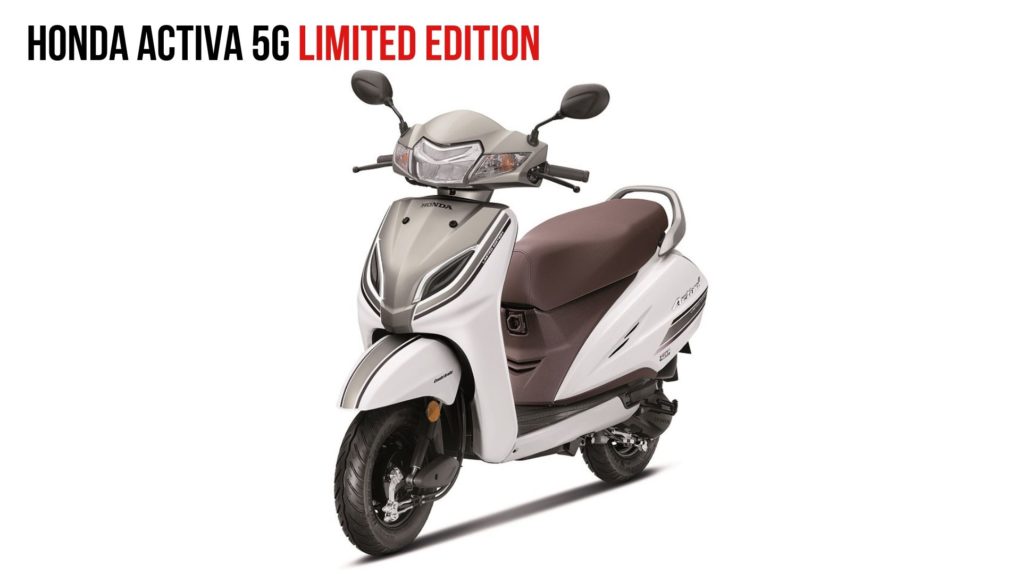 Honda will also revamp its entire lineup and will launch the next generation Activa 6G scooter towards early 2020. The upcoming scooter was spotted testing recently with a host of new features including a redesigned headlamp assembly, telescopic suspension setup and a disc brake assembly at the front. Expect the upcoming Activa 6G to also get a new BS-VI compliant engine as well.