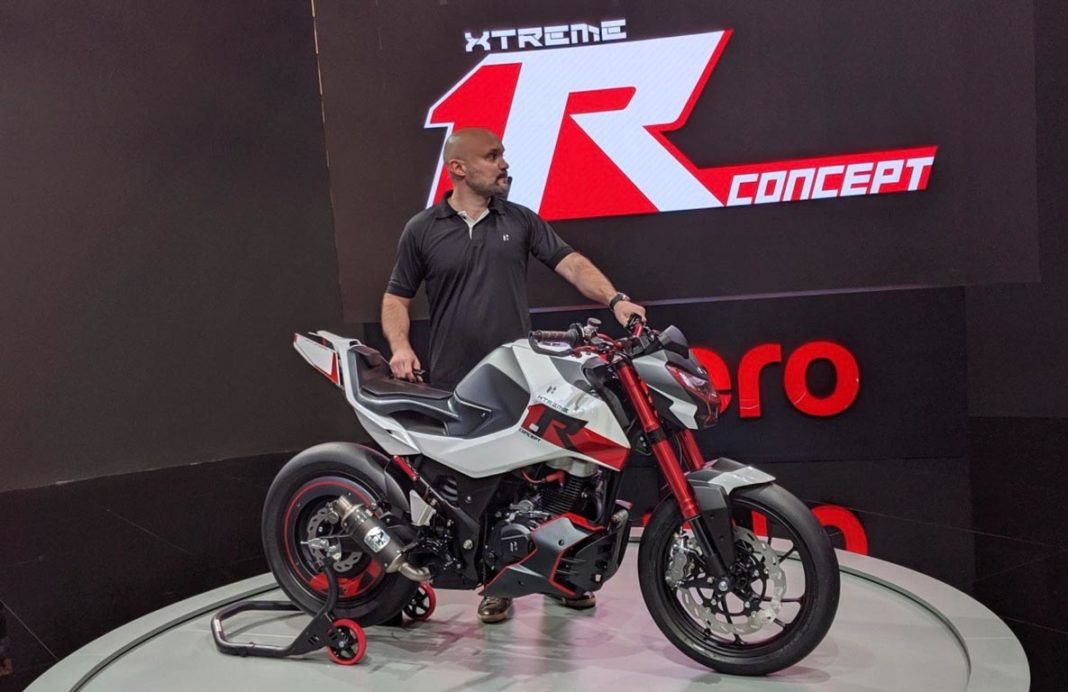 Hero MotoCorp has been utilising the EICMA show in Milan, Italy to showcase new products. Last time out, the homegrown two-wheeler manufacturer debuted the XPulse 200 and XPulse 200T and they have been well-received among customers following their market launch earlier this year.

At the 2019 EICMA show, Hero has lifted the covers off a brand new concept called Xtreme 1R. By this point, you would probably be thinking that Hero is known for barely showcasing concepts and would not transform into production models and what’s the actual point of the Xtreme 1R?

This is to boast its global presence and showcase what Hero is capable of on a wider scale. Hero considers having a pavilion at EICMA is key for its global aspirations. We do genuinely believe Hero will use the Xtreme 1R concept as a base for its upcoming naked streetfighter as the design study itself is powered by a 160 cc engine. 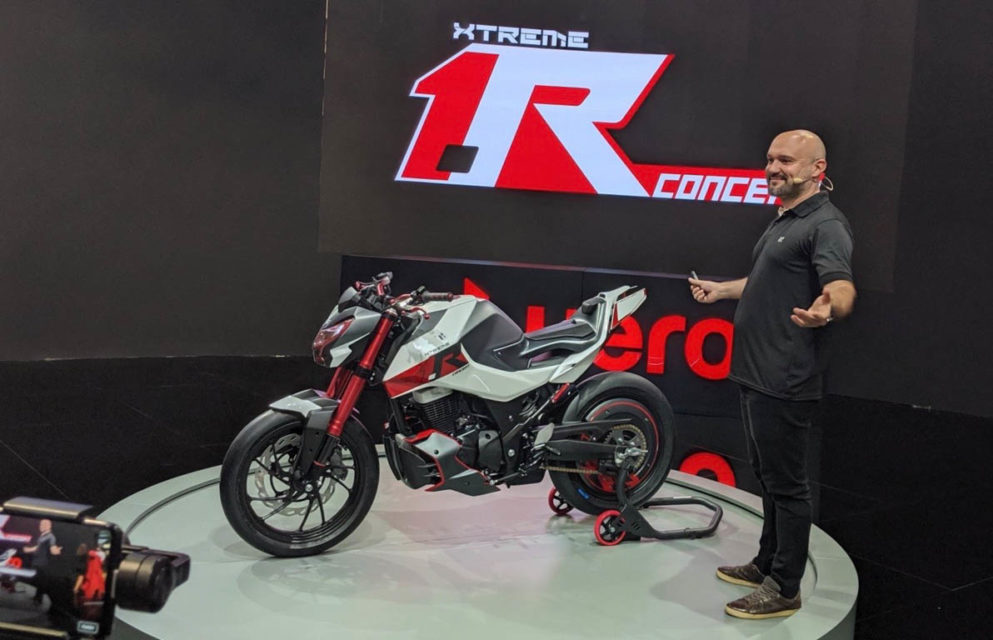 Judging by the name and its appeal, the Hero Xtreme 1R concept could spawn a new motorcycle sitting below the Xtreme 200R. With the 160 cc naked space currently bunched up by Bajaj Pulsar NS160, TVS Apache RTR 160 4V and Honda CB Hornet 160R Hero could eye a sweet spot by positioning the model in a highly competitive price range as it did with the Xtreme 200R and XPulse series.

We can expect the road-going version to have a toned-down appearance and be in line with the Xtreme 200R. Back to the Hero Xtreme 1R, it features a razor-sharp styling broadly similar to the Hastur concept. It carries a white base paint with red highlights on the fuel tank shrouds, headlight, engine guard, front forks and at the rear. 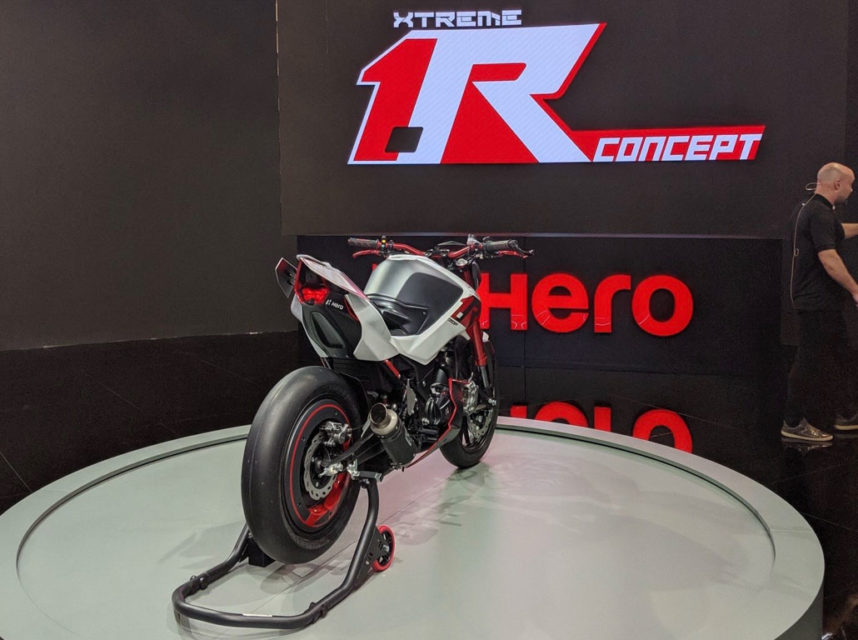 It is equipped with upside-down front forks, and disc brakes up front and rear. The concept rides on slick tyres for maximum road grip and has Arrow exhaust system. The clip-on handlebar setup with red accents might ensure sporty handling and is complemented by an all-digital instrument cluster.

The Xtreme 1R concept has low seat height and an aggressive upwardly finished fuel tank. Coupled with the handlebar, it may ensure an aggressive rider’s triangle. Would you like to see Hero put this concept into production? Have your say below!