Hero MotoCorp appears to be preparing to launch a Rally Edition of the XPulse 200 4V in the domestic market and the type approval certificate has been leaked online. It gives away the dimensional details of the upcoming motorcycle, which is expected to be a more capable off-roader compared to the stock machine that is already on sale.

The launch of the Hero XPulse 4V Rally Edition could happen in the coming weeks and it will have several commonalities with the regular model as one would expect. It could be offered as a new range-topping variant and perhaps existing customers could have it as an add-on with the included components as part of a separate kit by shelling out more bucks.

The upcoming motorcycle will have larger proportions compared to the standard variant. The type approval certificate suggests that it will have an overall length of 2,255 mm, seat height of 850 mm and a wheelbase length of 1,427 mm. Currenrly, the XPulse 4V is priced at Rs. 1.32 lakh (ex-showroom) and expect the Rally Edition to have a premium of around Rs. 40,000.

We can expect similar features to be made available in the upcoming XPulse 4V Rally Edition. As for the performance, the same 199.6 cc single-cylinder four-valve oil-cooled fuel-injected engine will likely be utilised in the rally spec motorcycle. It will generate a maximum power output of 18.9 bhp at 8,500 rpm and 17.35 Nm of peak torque delivered at 6,500 rpm. It will be paired with a five-speed transmission. 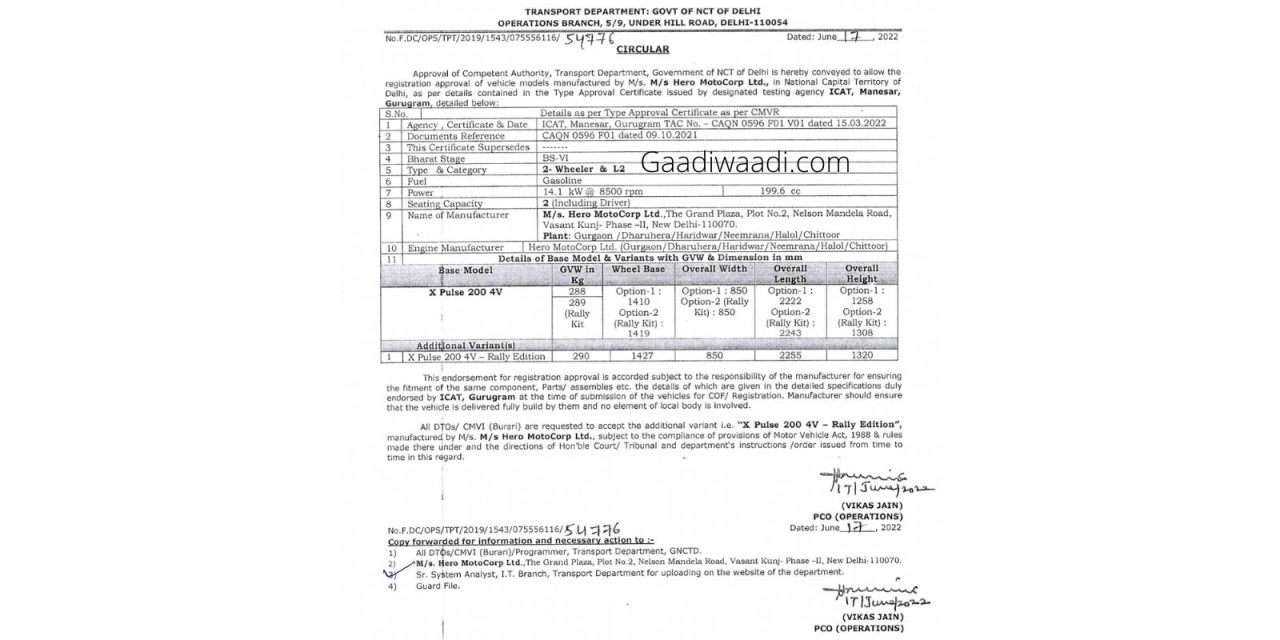 Hero recently introduced the Euro5-spec XPulse 200 4V in Turkey with an updated headlamp and similar changes can be expected in India in the near future as well.