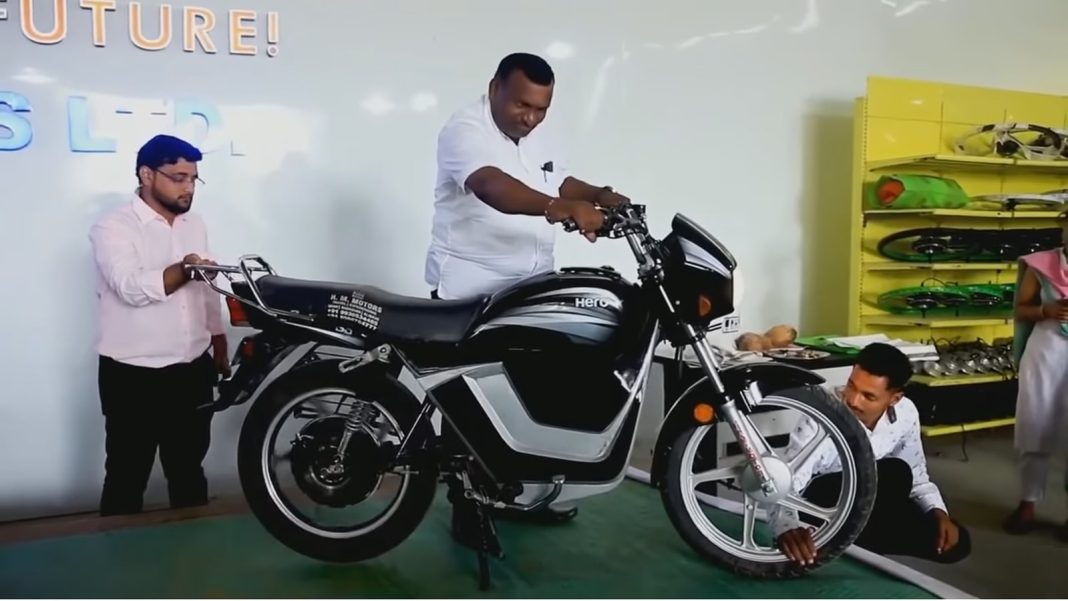 As the government is pushing for electric mobility adoption in India, electric conversion kits for existing ICE vehicles are expected to grow a strong demand

In September last year, Mumbai-based GoGo A1 had launched an electric conversion kit for Hero Splendor. The kit is priced at Rs. 35,000 without battery, and at Rs. 95,000 with a battery pack (which provides a claimed range of 151 km). This kit had already received RTO approval, and now, we can confirm that it has been homologated by ARAI as well.

To have GoGo A1’s electric conversion kit installed, users would have to bring their motorcycle to the company’s installation workshop, spread over 36 RTO locations across the country, with more to follow. This is a completely legal kit, which means that buyers would be able to get insurance for the converted motorcycle.

The EV conversion would require re-registration by the local RTO. The registration number will remain the same, but a new green numberplate will be provided. Such conversion kits are expected to become more common, as India is slowly trying to phase out ICE vehicles, to reduce tailpipe emissions on roads. Northway Motorsports also has a few EV conversion kits on sale, but for cars and small commercial vehicles. 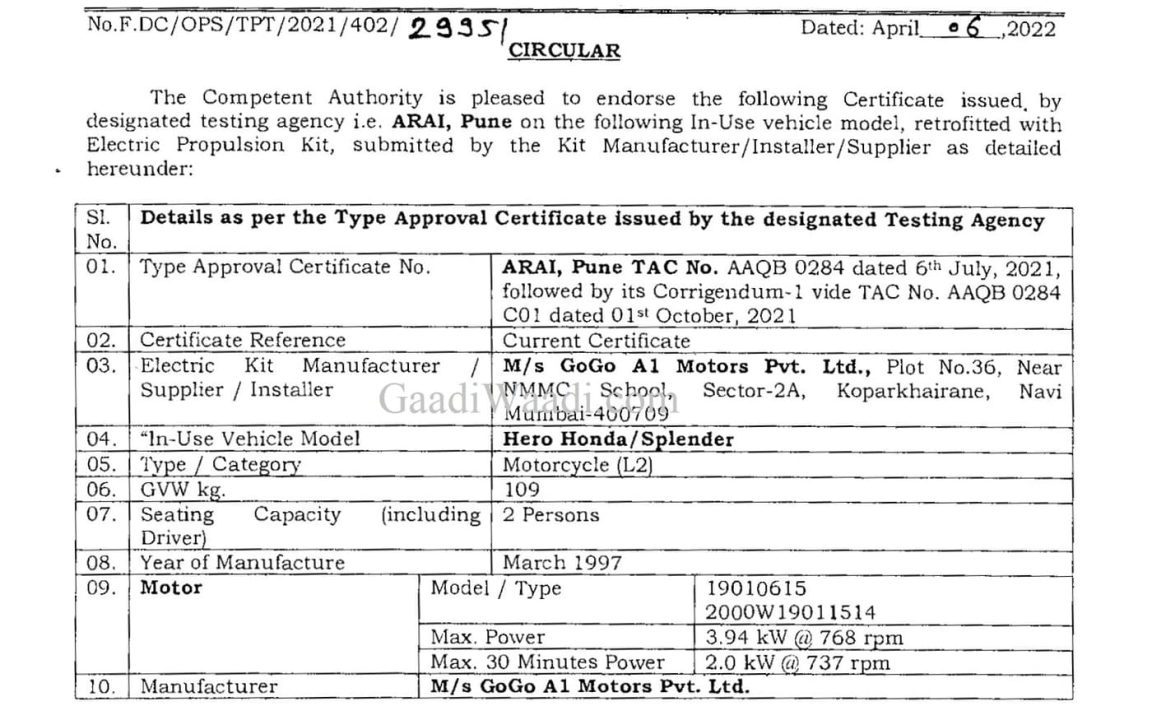 GoGo A1’s EV kit consists of a 2 kW electric motor, mounted on the rear wheel hub, rated at a peak power of 3.94 kW. It is fed by a 2.8 kWh battery pack, which gets a regenerative braking system. The kit also includes other components, like a DC-DC converter, new accelerator wiring, a key switch with controller box, a new swingarm, etc.

It should be noted that this kit has been approved only for Hero Splendor (1997 model year onwards). The Splendor is the most popular motorcycle in the Indian market, which makes it the perfect choice for such technology. EV conversion kits are a practical solution for providing electric mobility to the masses, and we expect more such kits to be available soon. 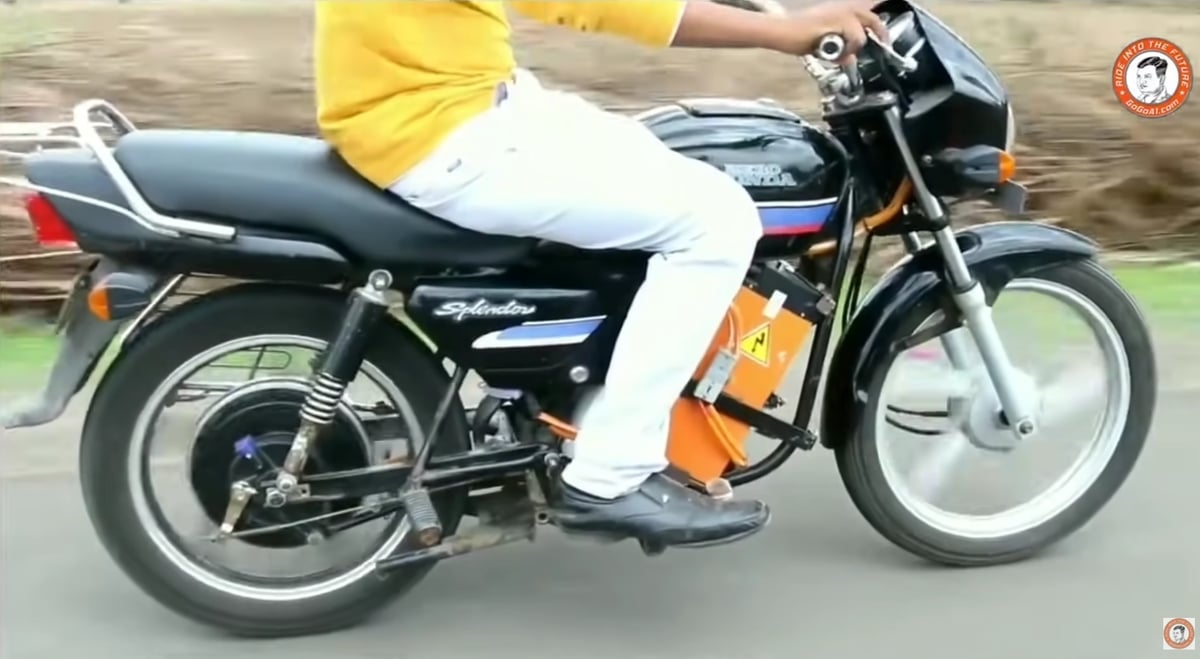 The electric two-wheeler market is growing steadily in India, with a lot of new models waiting to be introduced. As EV charging infrastructure grows across India, we expect electric vehicles to become mainstream very soon.