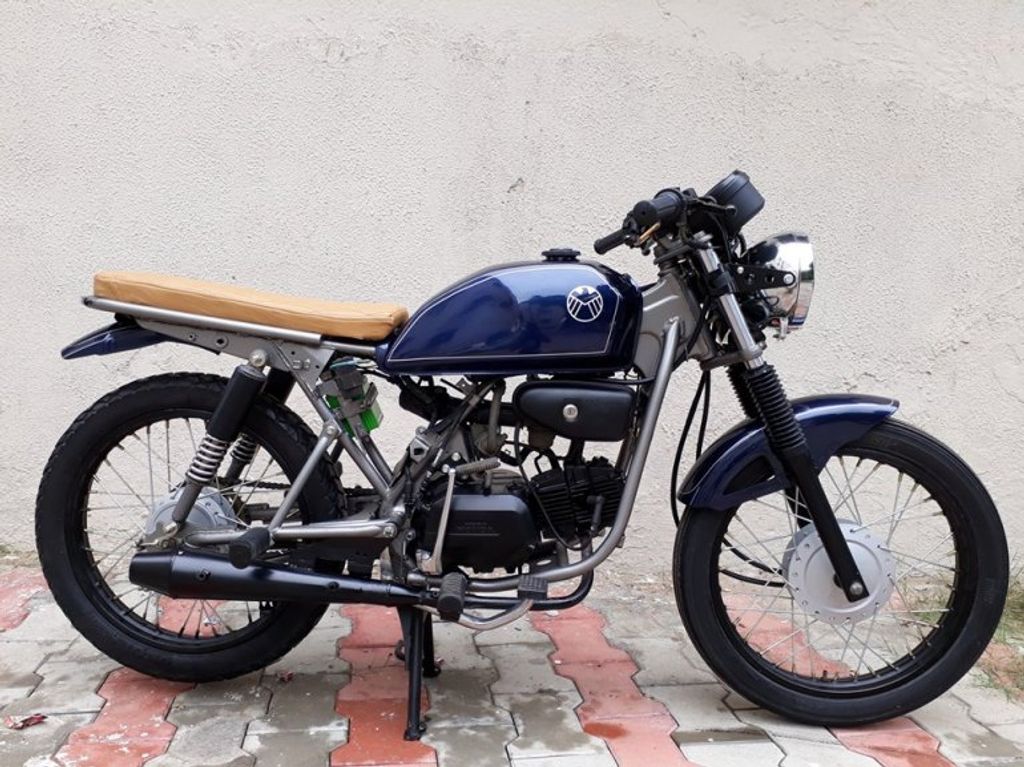 Hero Motocorp launched the café racer based on their commuter motorcycle Splendor couple of years ago in India but due to its low sales figures, Hero was forced to withdraw the motorcycle from the market. However, we are pretty sure that this new Splendor based café racer will certainly draw your attention.

The Splendor café racer was created and designed by a Gujarat based team called Aero Customs. The motorcycle has received a complete overhaul and is actually based on the standard Splendor model and not the café racer motorcycle introduced by Hero Motocorp.

Coming to the design the motorcycle has received round headlamps towards the front and is encased in a chrome housing which adds a retro look. The fender towards the front also has been custom designed to add the café racer styling. The motorcycle receives a twin-pod analogue instrument cluster which replaced the standard units.

The stock handlebars to have been replaced with a clip-on handlebar which will add the aggressive forward-leaning riding stance. The attention to detail on the motorcycle is extraordinary to complete the café racer styling, the motorcycle also features a custom-made fuel tank painted in Blue while it also gets a white border line which most probably looks hand painted. 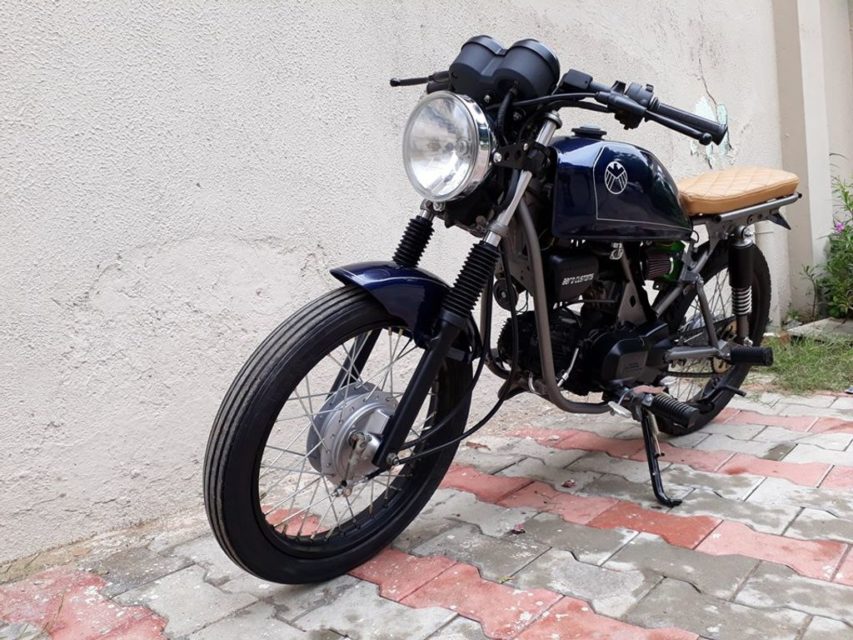 The motorcycle’s fuel tank also gets around fuel filler cap and a logo which helps in adding a neat look to it. The café racer features a single piece saddle seat finished in Beige colour with a stitched diamond pattern.

Towards the rear profile, the motorcycle also gets a custom rear fender with the white borderline. The stock conventional taillamps too have been replaced with a stylish red LED strip. Lastly, the stock alloy wheels have also been changed with spoke wheels to complete the retro café racer look.

Aero customs has also made minor technical changes to the motorcycle the standard exhaust has been replaced with an aftermarket exhaust and a free flow air filter which should provide a slight bump in the motorcycles power figures. 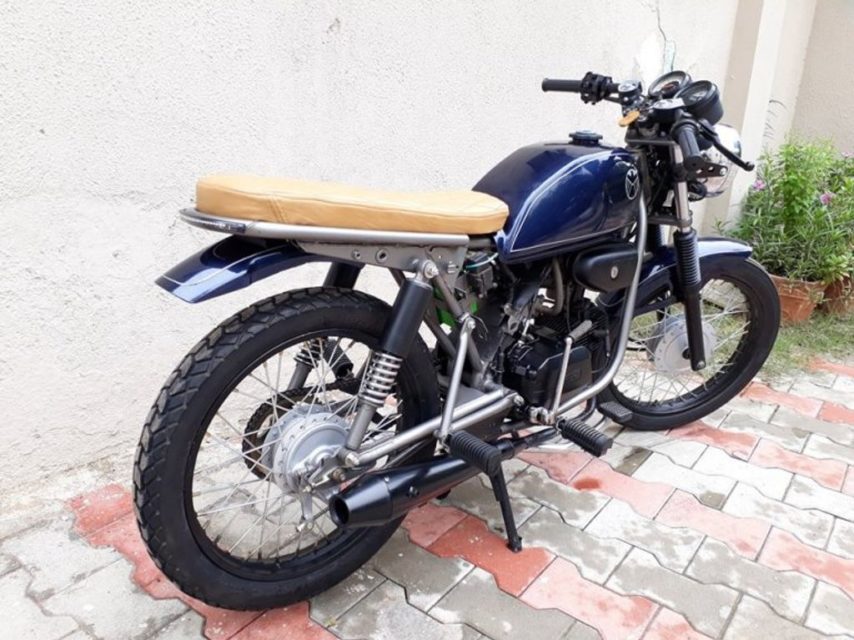 The Splendor based café racer uses the stock  97.2 cc, four-stroke, air-cooled, OHC, single cylinder engine that is tuned to deliver 8.36 PS of power at 8,000 rpm and 8.05 Nm of peak torque at 5,000 rpm. The power is then transferred to the rear wheels via a 4-speed gearbox.  However, the suspension setup and brakes remain stock on this modified café racer.