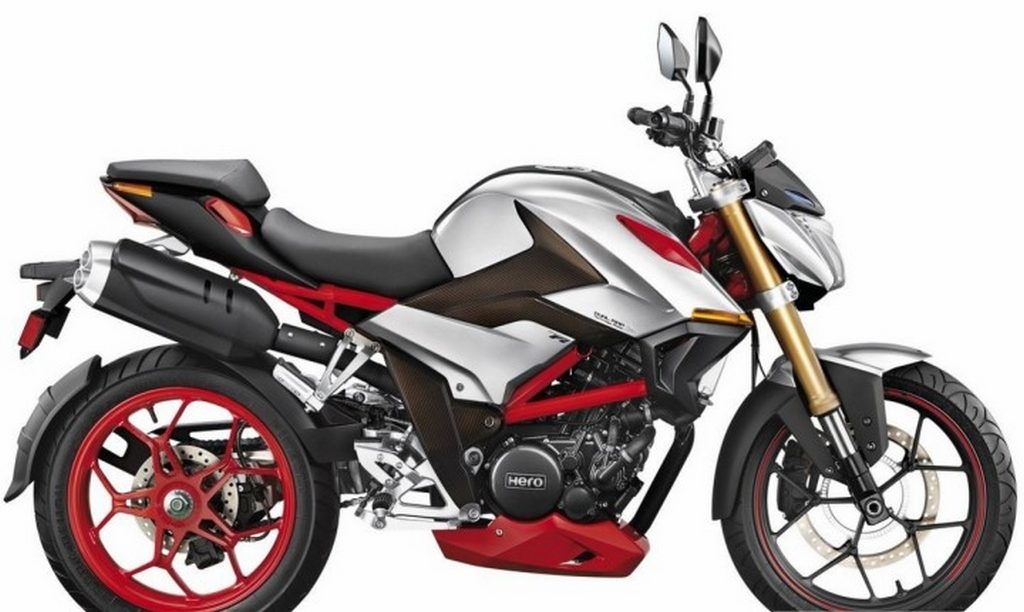 Hero MotorCorp is the largest two-wheeler company in India but the majority of sales are coming from the entry-segment as they are struggling in the performance bike segment and it will be changed in coming months as they already launched Xtreme 200R in India with aggressively pricing while the next launch will be the Xpulse 200.

Now the company is working on a new flagship 300 cc performance naked bike and it will be the production version of XF3R concept showcased at the 2016 Auto Expo. Hero is expected to carry forward most of the design elements as the headlamp might get LED lighting and a small visor on top of it. The front fender also comes with a new design.

The naked bike gets a single piece handlebar and quality is expected to be top notch. The instrument cluster will be fully digital with white backlight and it might come with features like Bluetooth connectivity for turn by turn navigation along with all the usual functions and we can expect a shift light also.

The fuel tank will be the most attractive part of the design like other naked models and it will give a sporty look for the performance bike. The XF3R get split seat design in which the rear seat will be placed slightly higher. The rear gets LED tail lamps and the company has given dual exhaust, which is placed on either side of pillion seat. 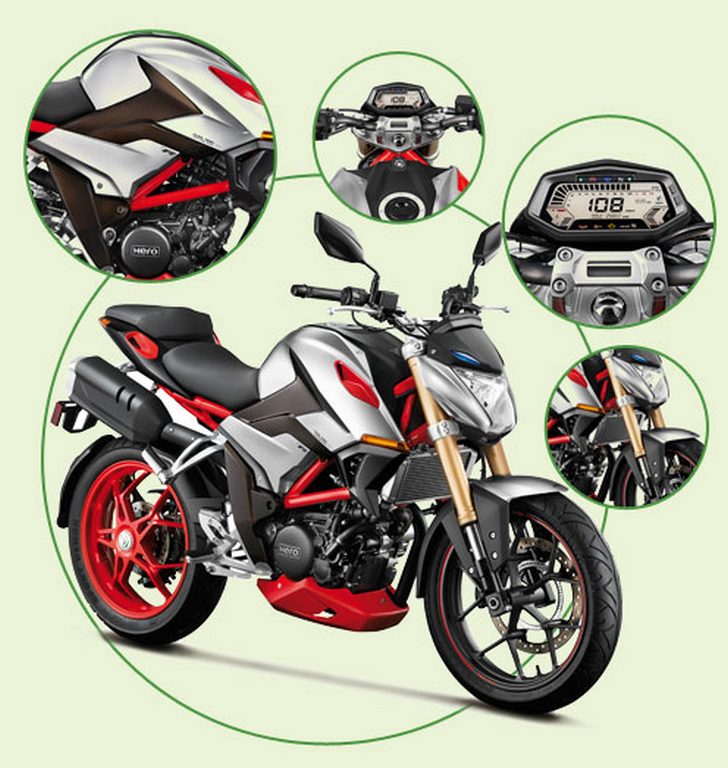 Hero has exposed basic frames like the Duke models to make it look sporty. The suspension duties are taken care off by upside down forks at the front and mono-shocks at the rear, which is tuned for performance. The XF3R get 17-inch wheels with black colour for the front wheel and red for the rear wheel.

The naked bike is powered by 300 cc single-cylinder, liquid cooled engine with fuel injection producing 30 bhp of power and 30 Nm of torque. This engine will be mated to a 6-speed gearbox and it will come with disc brakes at front and rear with dual channel ABS standard. Hero is expected to launch XF3R in 2019 and it will compete against KTM Duke 250 and TVS Apache RR 310.