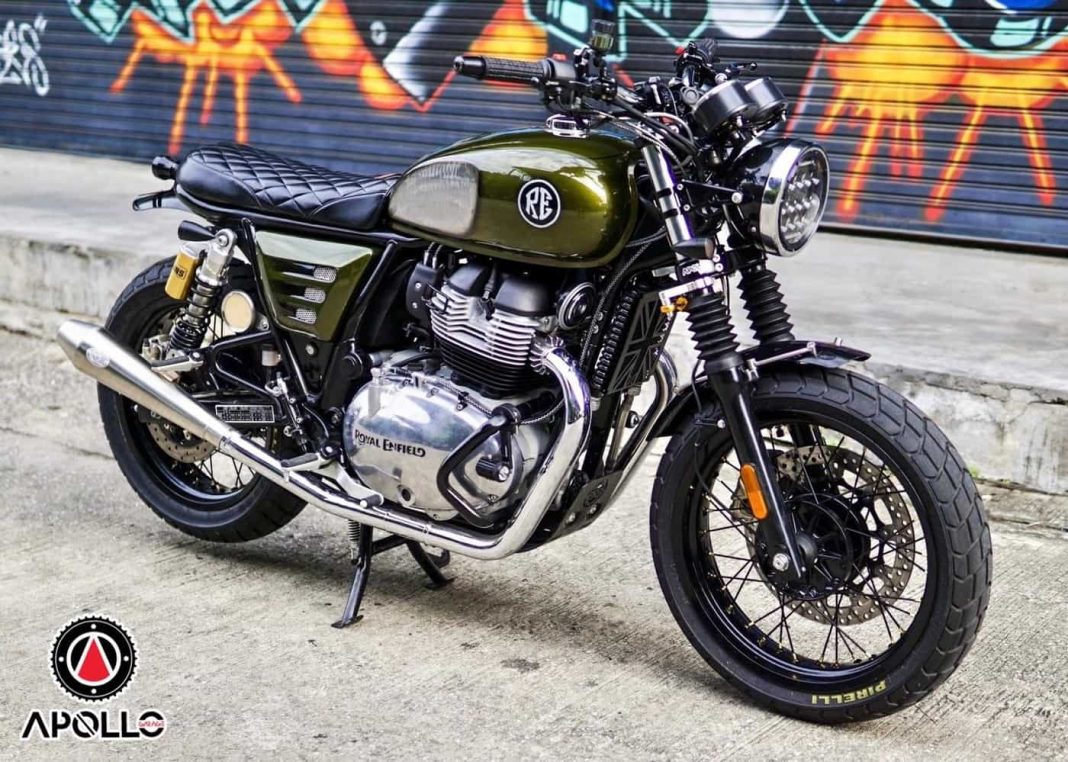 Royal Enfield has always been the top choice of motorcycle enthusiasts in India, especially among the ones planning to build a custom project bike. In recent times, RE has managed to gain popularity in the custom scene overseas as well, and plenty of modified Royal Enfield motorcycles have been popping up online. Recently we came across one such custom-built beauty from Thailand.

This modified RE Interceptor 650 has been built by Apollo Garage. The vehicle sports a lot of changes, and the end result is undeniably brilliant. The first thing that catches our eye is the custom paint job; the fuel tank gets a dark golden paint job, with metallic silver shade in the knee recesses, a new fuel lid, and custom ‘RE’ logos.

The side panels are new and they sport the same dark golden colour. The headlamp is an aftermarket LED unit, and the bike now gets a new handlebar, handlebar sleeve & doll, front fork valve, and damper. The front and rear fenders are new as well, as are the 17-inch wire-spoked wheels (black with golden pins). The bike gets Pirelli MT60 RS tyres on both ends. 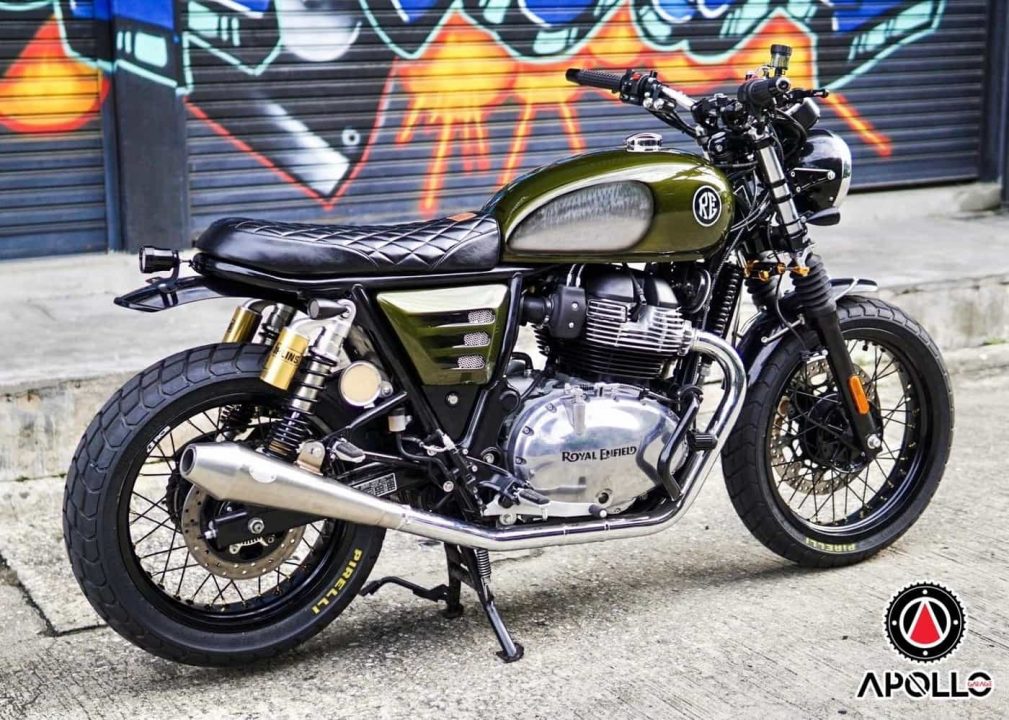 The frame of the motorcycle has been shortened at the tail-end, and a tiny aftermarket light has been added here. We also see a new single-piece seat here, with diamond stitching and an ‘Apollo Garage’ tag. The fuel tank also gets the workshop’s name beautifully branded on it. Apart from that, the handlebar grips are also new.

The clutch and throttle cable are also new, and the braking system has been altered as well, featuring new levers, a new brake pump, etc. A USB charging port has also been added here, on the handlebar, which adds convenience to the overall package. The instrument cluster remains unchanged, but the rear-view mirrors have been removed. 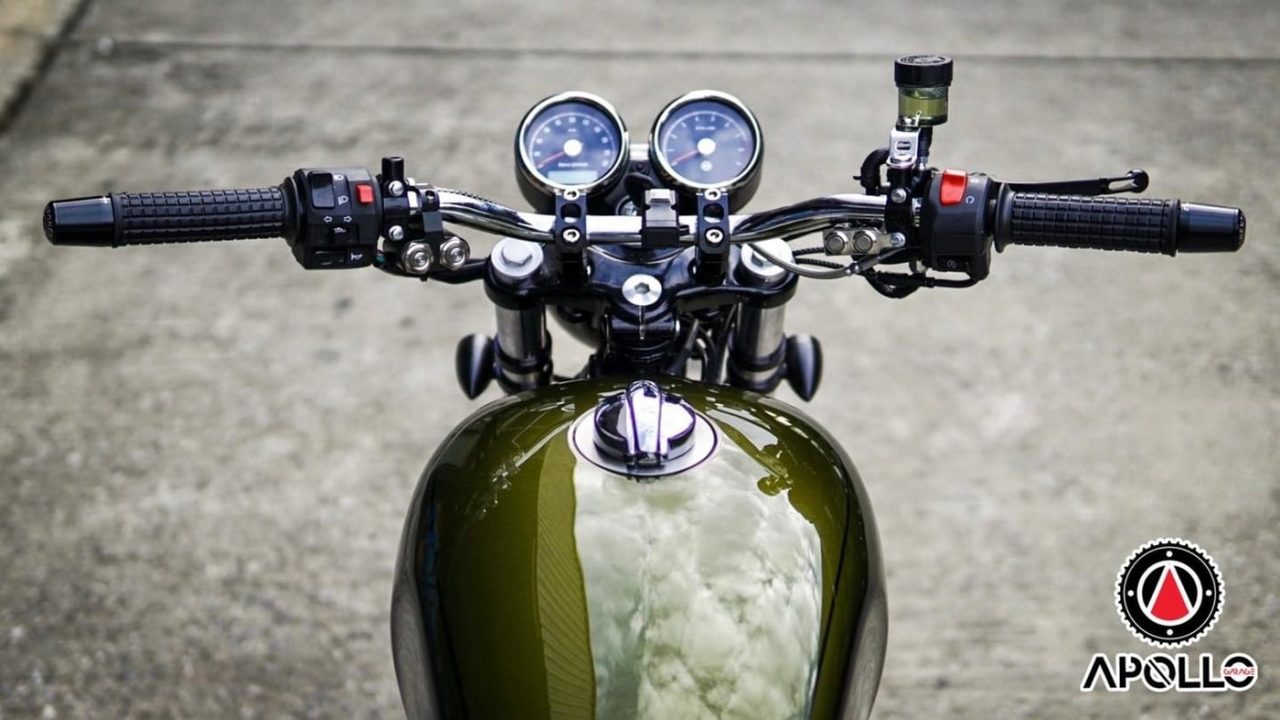 The engine has been painted matte black partially, and we also see a new pair of Python exhausts. No other changes to the engine have been reported. A stock Royal Enfield Interceptor 650 is powered by a 648cc parallel-twin motor, which belts out 47.65 PS and 52 Nm. It comes mated to a 6-speed gearbox, with a slipper clutch on offer as standard.