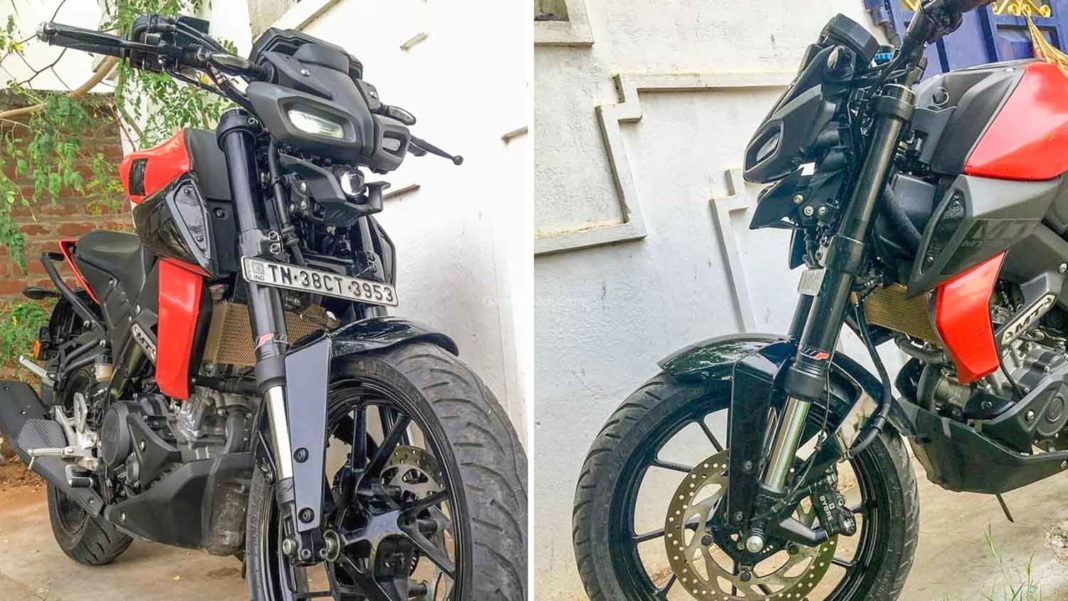 Yamaha Motor India introduced the entry-level MT15 in early 2019 and it has been well-received among the young customers. However, compared to the Indonesia-spec model, it does not feature upside-down forks and an aluminium swingarm to reduce the production costs. The latter being lighter helps in better handling and stability at high speeds.

The India-spec version is also noticeably heavier than the international version and has its rake left untouched but the trail has been reduced by providing offset forks. Another point to note is that the locally-made MT15 does not get the chunkier 110/70 section front and 140/70 section rear tyres. If you are an owner looking to upgrade to USD forks, we got a solution for you.

Vetrivel from Coimbatore, Tamil Nadu has used the USD front forks from second generation KTM Duke 390 and made it work on the Yamaha MT-15. The conversion costs at around Rs. 10,000 and for it you get lower and upper triple clamps. The stock wheels and the brake rotors from the MT-15 have been retained and the calipers are from Duke 390. 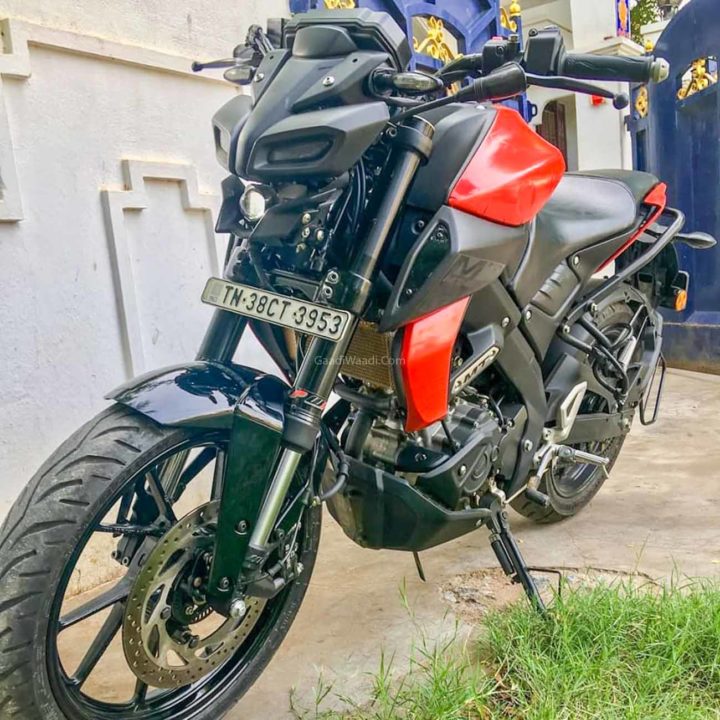 While it has added 1.2 kg to the overall weight and the turning radius is slightly reduced, it helps in improved riding comfort and predictability during high speeds and cornering. The stock Yamaha MT-15 uses the same engine as its faired R15 V3.0 sibling with BSVI compliance. The 155 cc single-cylinder SOHC liquid-cooled and fuel-injected motor comes with VVA (Variable Valve Actuation) technology.

It is good enough to generate a maximum power output of 19.1 bhp at 10,000 rpm and 14.7 Nm of peak torque delivered at 8,500 rpm – slight drop in both figures. It is paired with a six-speed transmission with slipper clutch as standard. The MT-15 derives design cues from the bigger naked streetfighters like the MT-09 as the razor-sharp demeanor is there to behold in a compact package. 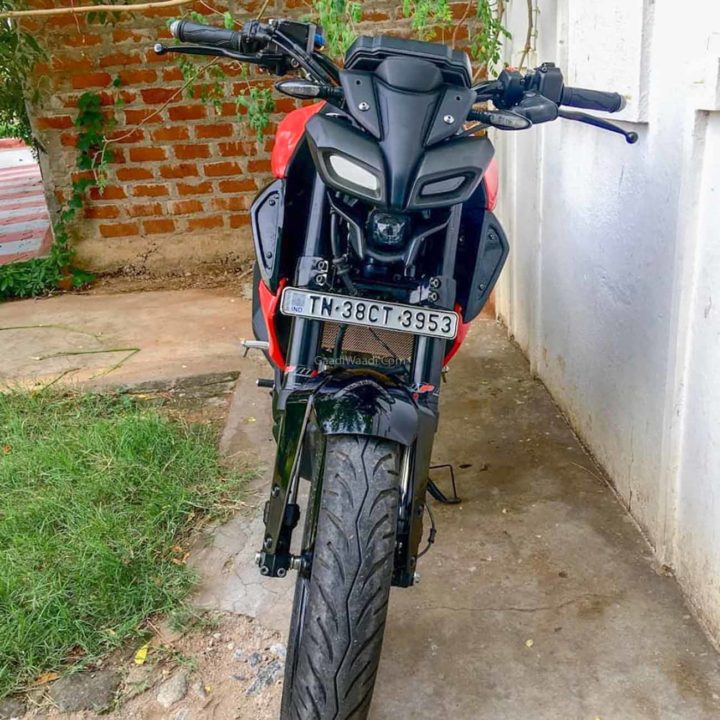 It has box type swingarm with traditional telescopic forks standing in place of USD units to save costs and the rear features monoshock suspension unit. Constructed on the Deltabox frame, the BSVI version of the MT-15 did not get any performance upgrade but there are some updates to justify the increase in price close to Rs. 3,000.