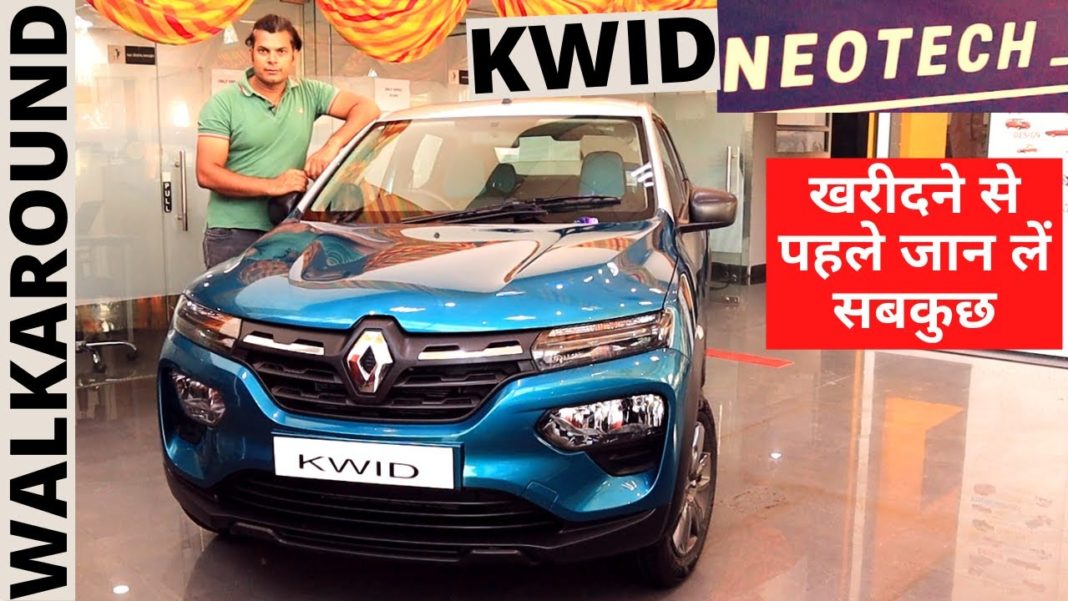 The Renault Kwid is currently priced from Rs 3.99 lakh to Rs 5.12 lakh (ex-showroom), and rivals the likes of the Maruti Suzuki Alto, S-Presso and the Datsun redi-GO

Renault India Private Limited recently launched a special edition variant for its Kwid, called the ‘Neotech’ edition, with prices starting from Rs 4.29 lakh (ex-showroom) onwards. Over the regular Kwid, the Neotech version features some first-in-class visual upgrades that make the hatch an even attractive offering.

The Kwid Neotech is being offered with two different dual-tone paint schemes, namely Zanskar Blue with a Silver roof, as well as vice versa. Over the regular variants of the Kwid, the Neotech edition gets chrome accents on its front grille, new blacked out B pillars as well as 3D decals on the C pillars.

It also gets Neotech door cladding, and grey wheel covers. On the inside, the said variant gets Zanskar Blue highlights and fabric inserts. On the feature front, the Kwid Neotech is being offered with an 8-inch touchscreen infotainment system with Apple CarPlay and Android Auto as standard. Other features include a front charging socket, as well as a chrome AMT dial. Since the said version has already been launched, the Kwid Neotech has started arriving at dealerships. Here is a complete walkaround video of the new Kwid Neotech edition uploaded on YouTube by Power On Wheel, take a look –

The Kwid Neotech can be had with both the powertrains that Renault currently offers the Kwid with. That being said, the entry-level hatch comes equipped with two different three-cylinder petrol motors.

The entry-level Neotech variant that is based on the RXL trim gets a 0.8L engine that belts out 54 PS of max power and 68 Nm of peak torque, while the higher-end trims come equipped with a larger 1.0L engine that makes 68 PS and 91 Nm. The 0.8L engine comes mated to a 5-speed MT as standard, while the latter gets an optional AMT gearbox as well.