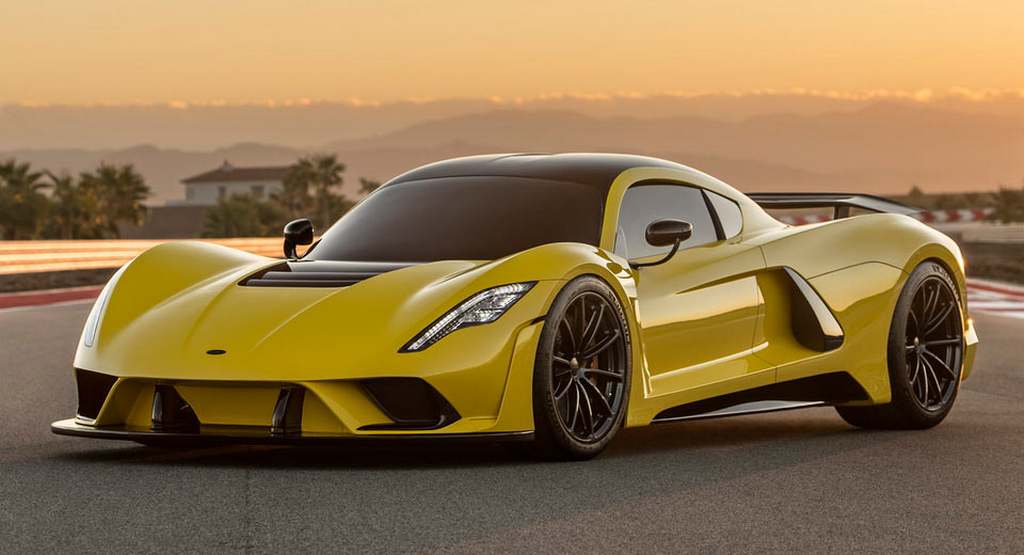 Back in November 2017, Hennessey revealed first information on the Venom F5 – its performance pinnacle by a long margin. With nerve-racking numbers, the American company has backed up its claims over the last year and taken the opportunity at Monterey Car Week to reveal the much-anticipated details of the engine.

The Hennessey Venom F5 has its eyes set on one target, as it wants to become the fastest road legal car in the world. It made intentions clear to clock more than 300 mph (482 kmph) and to achieve that elusive feat, it needs a hardcore powertrain with massive performance numbers.

Hennessey went in search for an ideal combination of performance and agility, and decided to go with a 7.6-litre twin turbocharged V8 engine that is capable of pumping out a maximum power output of 1600 horsepower and 1,760 Nm of peak torque.

It makes the newly launched Bugatti Divo slightly mediocre, at least in performance on paper. The quad-turbo 8.0-litre W12 produces 1,479 hp and expectedly 1,600 Nm and has its top speed restricted to 380 kmph. Hennessey says the Venom F5’s engine is made of billet aluminium block and uses steel cylinder sleeves. 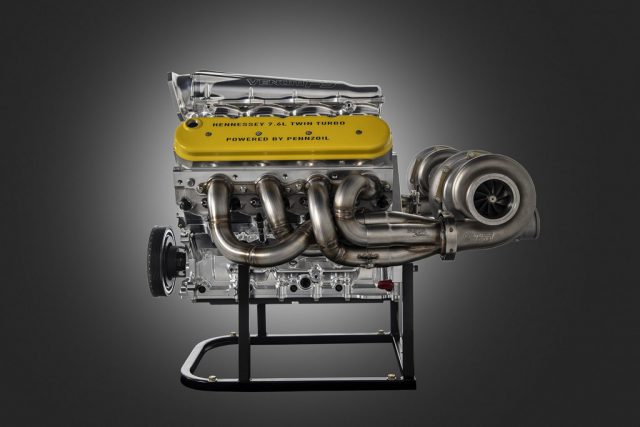 Having 9.3:1 compression ratio, the power plant has a twin turbo setup with stainless steel headers and billet compressor wheels. The engine is a vital element in Hennessey putting money where the mouth is, as the tuner embraces for the record attempt next year.

Only 24 units of the Hennessey Venom F5 will be produced and 15 have been assigned for customers already. We will have to wait and see how the claimed numbers translate onto the road. Late last year, Koenigsegg Agera RS, the fastest car in the world, broke Bugatti Veyron Super Sport’s record by topping out 447 kmph. 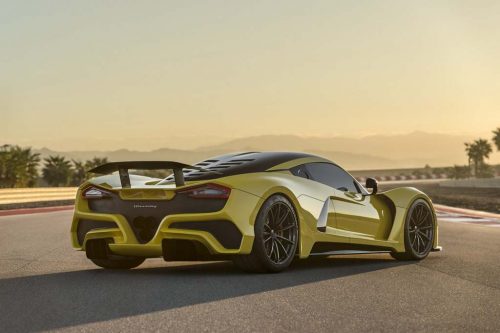 The Hennessey Venom F5 is aiming to go one better as it weighs under 1.4 ton and is aerodynamically efficient with carbon-fibre bodywork. It can accelerate from zero to 300 kmph in less than 10 seconds and the 0-400 kmph run is said to be achieved in about 30 seconds before climbing to a top speed of 482 kmph. If the success of Venom GT is anything to go by, the F5 can actually make this record possible!