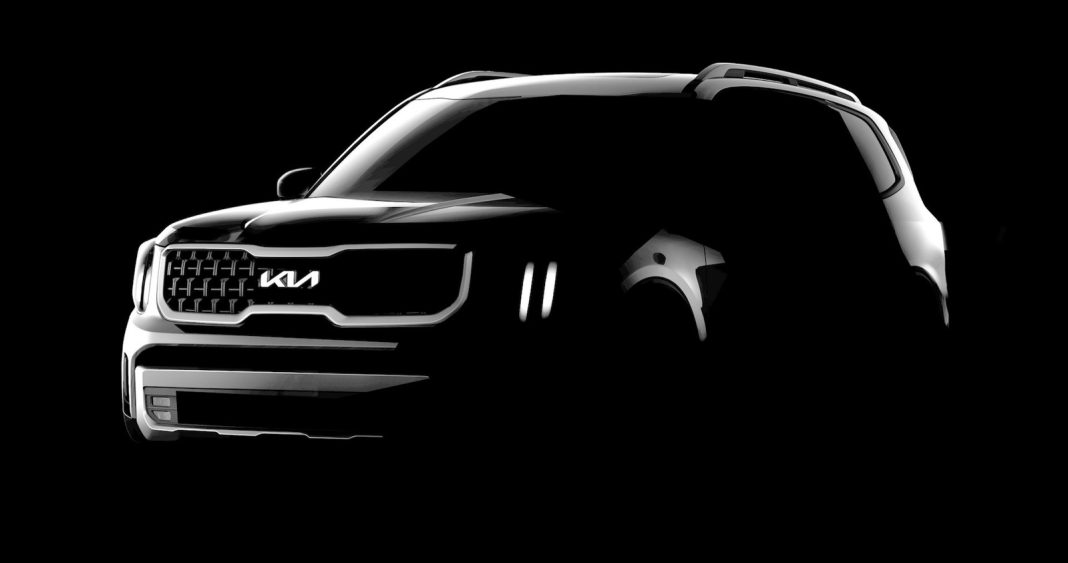 Kia has released two teasers of the updated Telluride three-row SUV. It marks the first major update for the flagship SUV, although it saw a mild revision already, and it comes with an assortment of changes inside and out to stretch the lifespan of the existing generation model.

The 2023 Kia Telluride will make its global debut at the NYIAS (New York International Auto Show) on April 13, 2022 before entering international markets. The facelifted version will be offered with a more rugged X-Pro variant and it will have loads of new technologies and equipment as well.

The three-row SUV will be accompanied by its sibling, the updated Hyundai Palisade at the Big Apple. While the exterior has several commonalities with the outgoing model including the character lines and the basic silhouette and the large greenhouse, the front fascia has gained changes similar to the 2016 Telluride concept.

In line with the concept, the 2023 Telluride gets a revised grille section and the interior appears to feature a widescreen infotainment system similar to the EV6 and an all-digital instrument console along with a four-spoke steering wheel, grab handles on the central tunnel and less use of physical buttons upping the upmarket nature. It will also have high off-roading capabilities.

The facelifted Kia Telluride will continue to be offered in seven- and eight-seater configurations and it will have an all-wheel-drive layout in the top-end trims. The existing 3.8-litre V6 engine developing around 295 PS will more likely be carried over while a hybrid powertrain cannot be ruled out of the equation either.

The 2023 Kia Telluride X-Pro variant could feature a dark-themed exterior and bigger wheels and perhaps contrast touches too on the inside to differentiate itself from the regular model. As for India, the EV6 electric crossover based on the E-GMP platform will be launched in the coming months while the Niro EV is expected to be introduced in the near future. The Carens has been well received amongst customers but it saw a massive price hike recently.