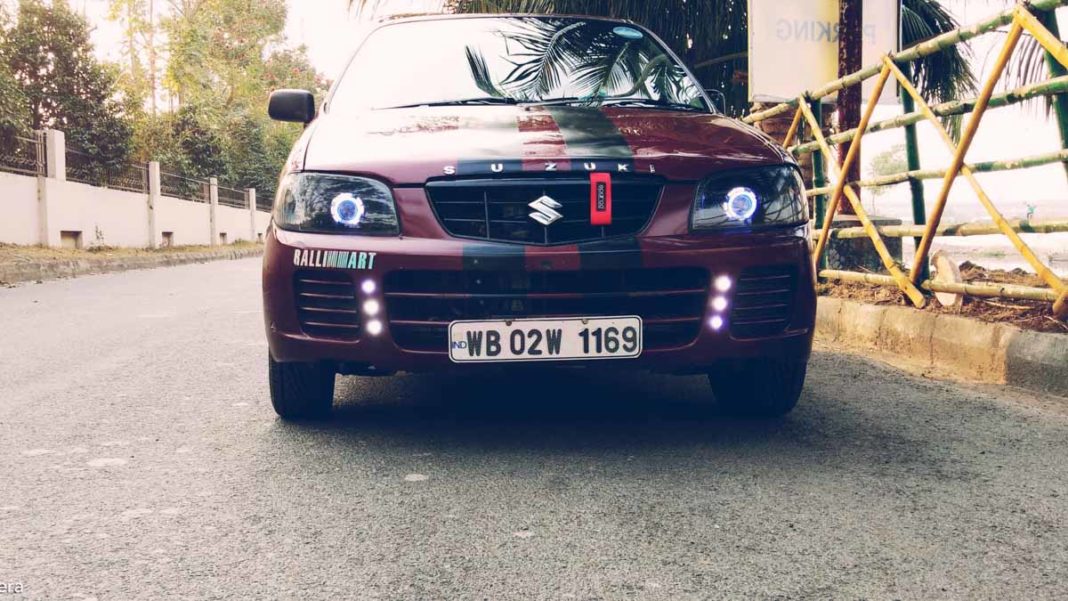 The performance upgrades in this modified Maruti Alto is said to result in zero to 100 kmph acceleration time of around 8.5 seconds

Maruti Suzuki Alto has nimble handling characteristics and it is handy for the people who live in tight parking spaces and end up in jammed up traffic scenarios more often than not. Over the years, the Alto’s popularity has not faded away and despite losing the yearly sales crown to Dzire sedan last year, more than 2.31 lakh units were sold.

The Alto was first launched in 2000 and it has been through two generations with the upcoming safety standards subsequently leading to a brand new model in the coming months. India has come leaps and bounds in the realms of car modifications in recent years as vehicles up and down the price bracket are subjected to personal touches.

Consequently, the automobile manufacturers are increasingly offering factory-fitted accessories as optional extra in the last couple of years. The entry-level hatchback’s majority of the owners are first-time buyers and it does not stop them from customising their beloved small machine. However, most of them would stick with cosmetic upgrades based on their personal requirements at tuning shops.

Sriniketh Acharya has sent us pictures of his modified Alto and straight away what caught our attention is his claim of reaching 200 kmph top speed. He has made several mechanical changes to his custom Alto including new air intake, standalone ECU, fully customised free flow dual exhaust pipes and high lifted camshafts by HKS.

These performance components have helped the Alto not only reach 200 kmph but achieve zero to 100 kmph in just around 8.5 seconds according to Sriniketh Acharya. Other important modifications made are ported and polished intake manifolds, exhaust manifolds and piston heads. The custom Alto runs on low-profile 185/60*13 Yokohama tyres and the interior gets a racing-inspired package as well.