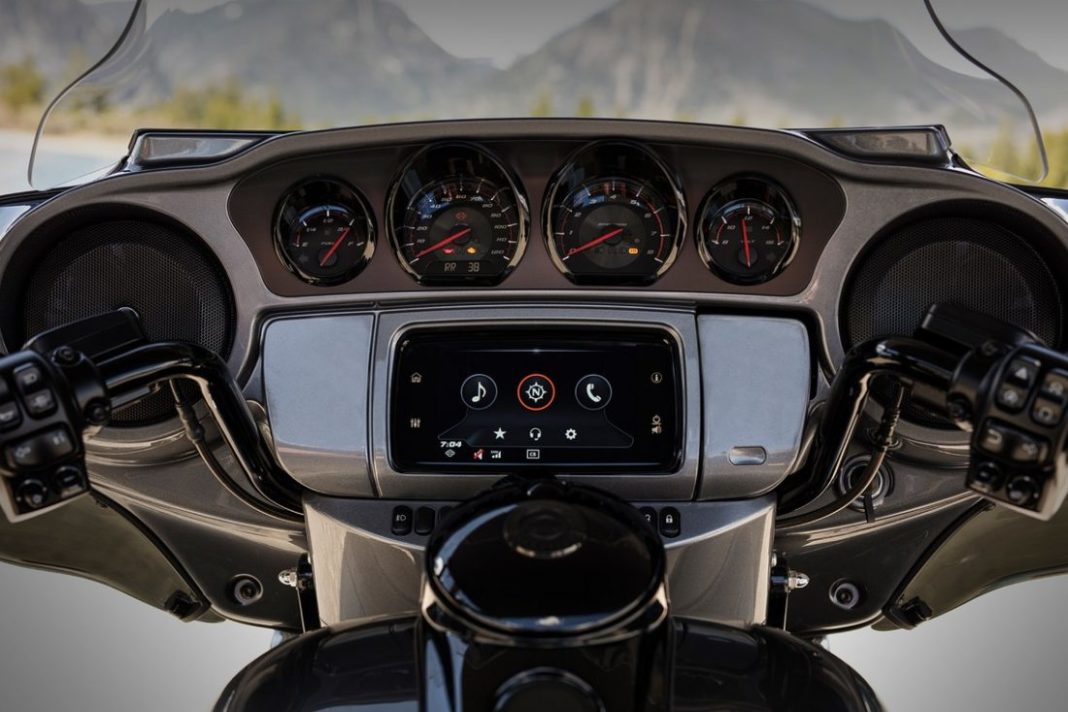 Infotainment systems are no longer restricted to cars and SUVs. As ‘connectivity’ gets even more important for most of us, it’s no surprise to see these highly functional systems making it to the motorcycle world. True, some motorcycle users might claim that they ride to get away from the pressures of modern life, but it’s really not deniable that one really can’t afford to isolate himself from technology anymore.

Hence, there’s a growing pressure on the motorcycle manufacturers to start offering infotainment systems on their popular models. One manufacturer to have succumbed to this demand is Harley Davidson.

The infotainment unit outputs 25w per channel and can be ordered with two or four speakers. The total output can be upgraded to a whopping 12000 watts. One can also pair a Bluetooth wireless headset with the system. The infotainment unit also offers satellite navigation and telephone options that can be used even when the rider is wearing gloves. The new screen offers two times higher resolution and four times higher contrast than the earlier unit.

The system also loads up as much as 10 times faster. Route calculation time has dropped from 10 seconds to just 2.5 seconds. The system is also Apple CarPlay compatible, which means you can use your iPhone through the touchscreen interface. The navigation system also offers ‘Alternative Routes’ function.