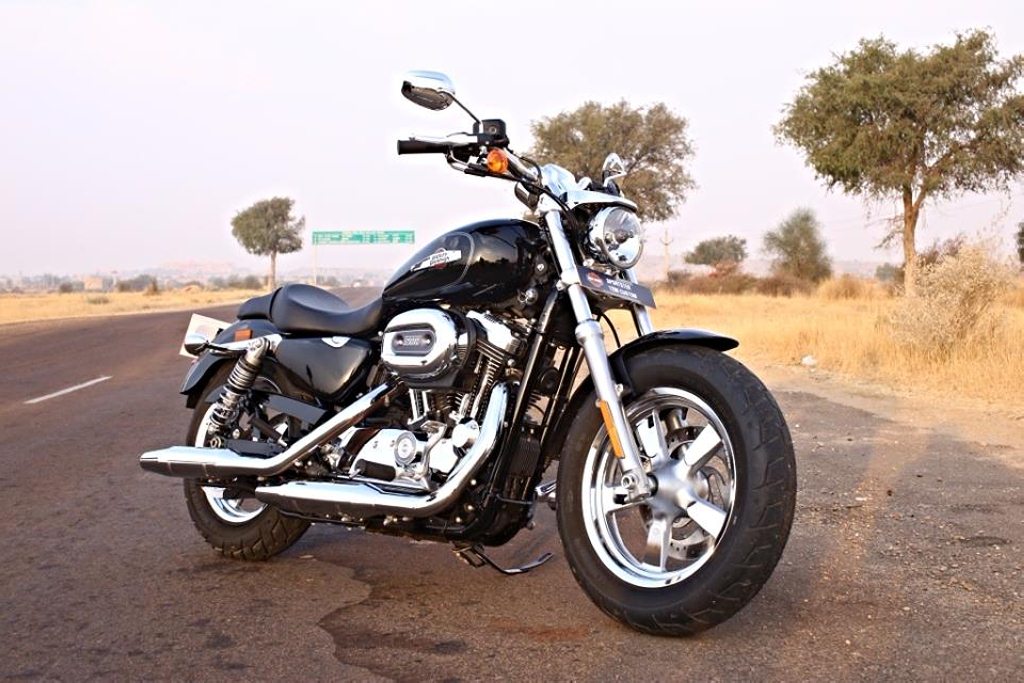 Harley-Davidson 1200 Custom is a handsome look motorcycle and It has a minimalist front end. get lower and you see the massively raked and fat tyre and wheel that compliments the sportster look. The feature list includes a black powder-coated engine with chrome treatment for crank cases, steel laced chunky alloy wheels, a chrome headlight that looks like an ‘eyebrow’. At the rear you get an LED taillight and a two-up custom seat tailor made to suit demands. Harley-Davidson 1200 Custom is powered by a 1200cc , air-cooled, V-twin engine that makes 96 Nm of torque @ 3500 RPM and should make around 70-75 BHP of power. The power goes to the rear wheel through a 5-speed manual gearbox and final drive is belt ridden. Harley-Davidson 1200 Custom gets a handlebar-mounted digital speedometer that comes with an odometer, two trip meters, a low fuel warning light, low oil pressure light, engine warning and diagnostics readout. There are also LED indicator lights along with gear indicator and has a tachometer too.