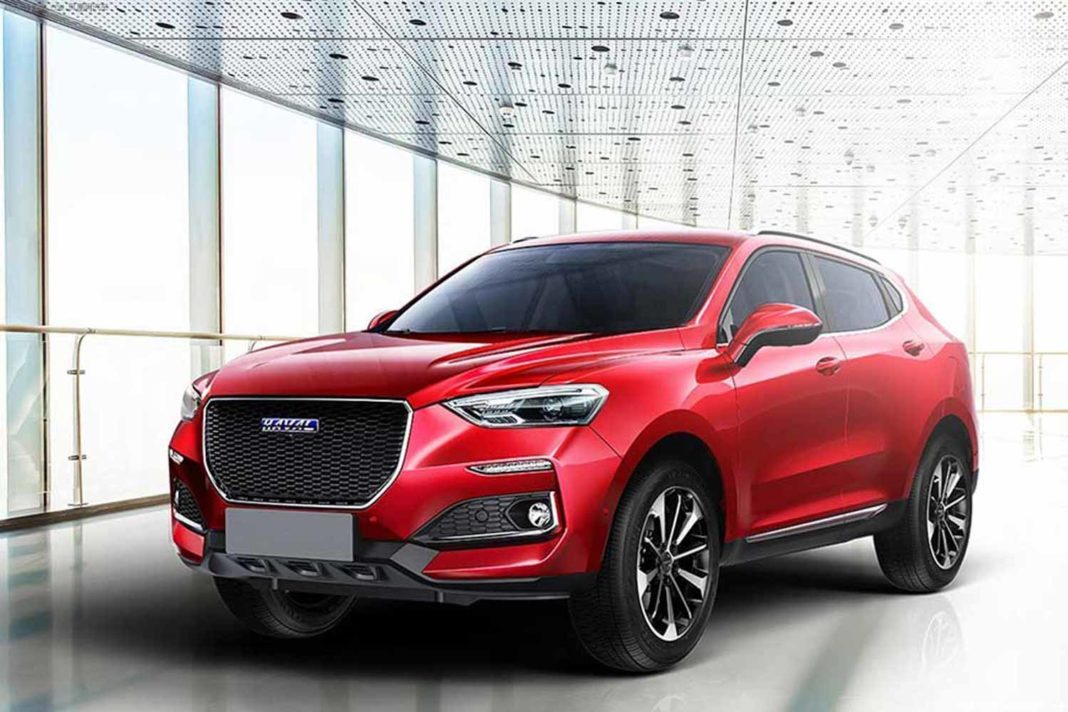 Great Wall Motor made a strong impact at the 2020 Auto Expo last month by showcasing its range of SUVs and electric vehicles under its Haval and GWM EV brands respectively. One of the main attractions at its pavilion was the F5 SUV, which has all the bells and whistles to compete against Jeep Compass, Hyundai Tucson, MG Hector and the likes.

Itt has now been spied trasported on a flatbed truck. It wears the same orange colour and boasts similar specifications as the F5 that was on display at the biennial motoring show in Greater Noida. GWM is the largest producer of SUVs in China and it will be investing more than Rs. 7,000 crore in phased manner for its local operations and has already taken over the Talegaon facility with two lakh capacity.

GWM will kick start its Indian innings with the Haval brand comprising of a slew of SUVs including the F5. It measures 4,470 mm in length and has 2,680 mm long wheelbase and comparitively, it is 75 mm longer and has 44 mm longer wheelbase than the Jeep Compass. The F5 is based on the same architecture as its bigger sibling, the Haval H6. 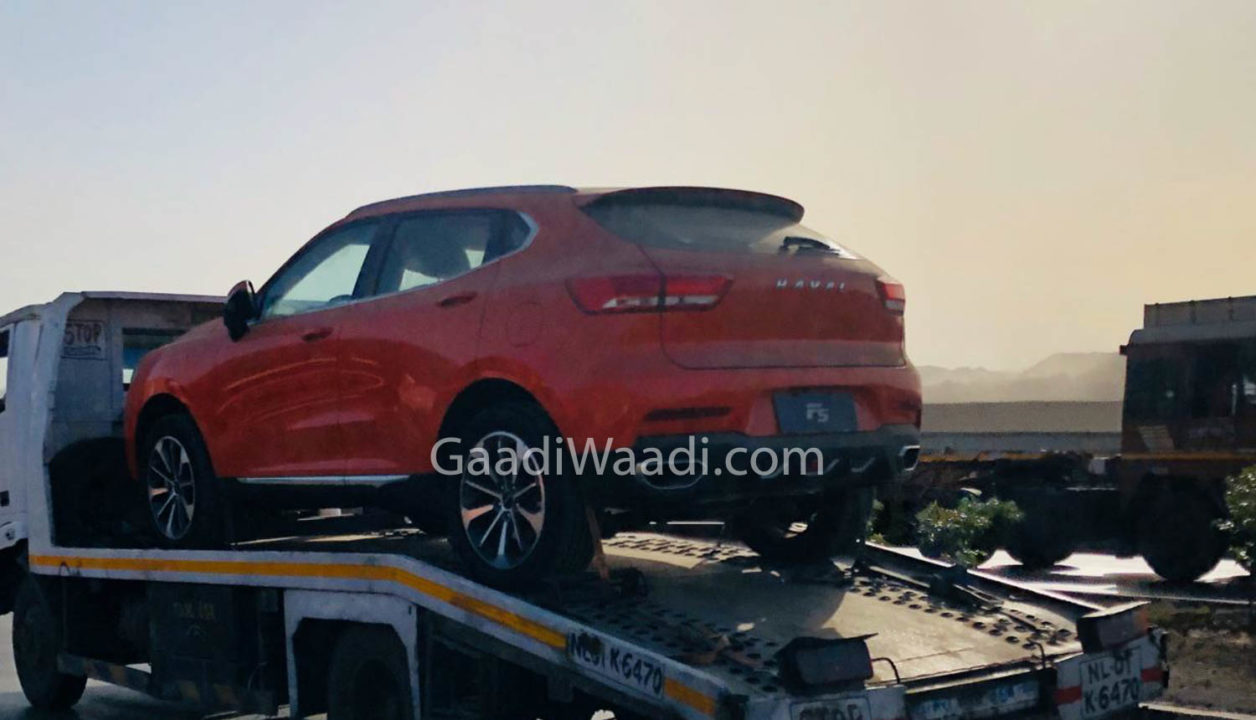 The exterior of the Haval F5 is nothing short of impressive as it has well proportioned design elements and a wide stance complemented by raked windshield and sloping roofline. On the outside, the F5 features chrome accented front grille, sharp LED headlamps, sporty shoulder lines, faux skid plate up front and rear, horizontally positioned LED tail lamps, faux air dams, chrome tipped exhausts and so on.

Just as the exterior, the cabin of the Haval F5 is equally premium as it boasts a large nine-inch touchscreen infotainment system, automatic climate control, leather seats, fully-digital instrument cluster, driver focussed cockpit and so on. As for the powertrain, the H5 uses a 1.5-litre turbocharged petrol engine developing 166 horsepower and 285 Nm. 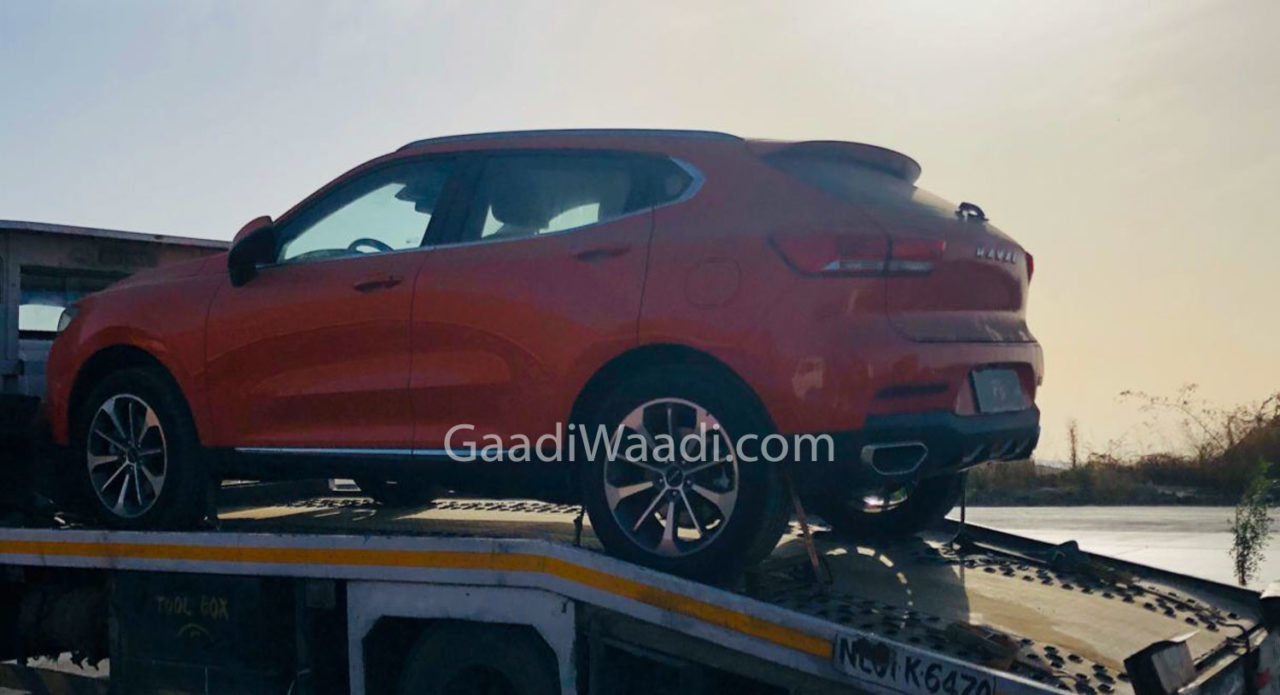 It is paird with either a six-speed manual or a seven-speed DCT automatic. Other key features include ambient lighting, six airbags, lane departure warning, lane keep assist, 360 degree camera, parking sensors and so on. GWM will launch its first product domestically sometime next year.