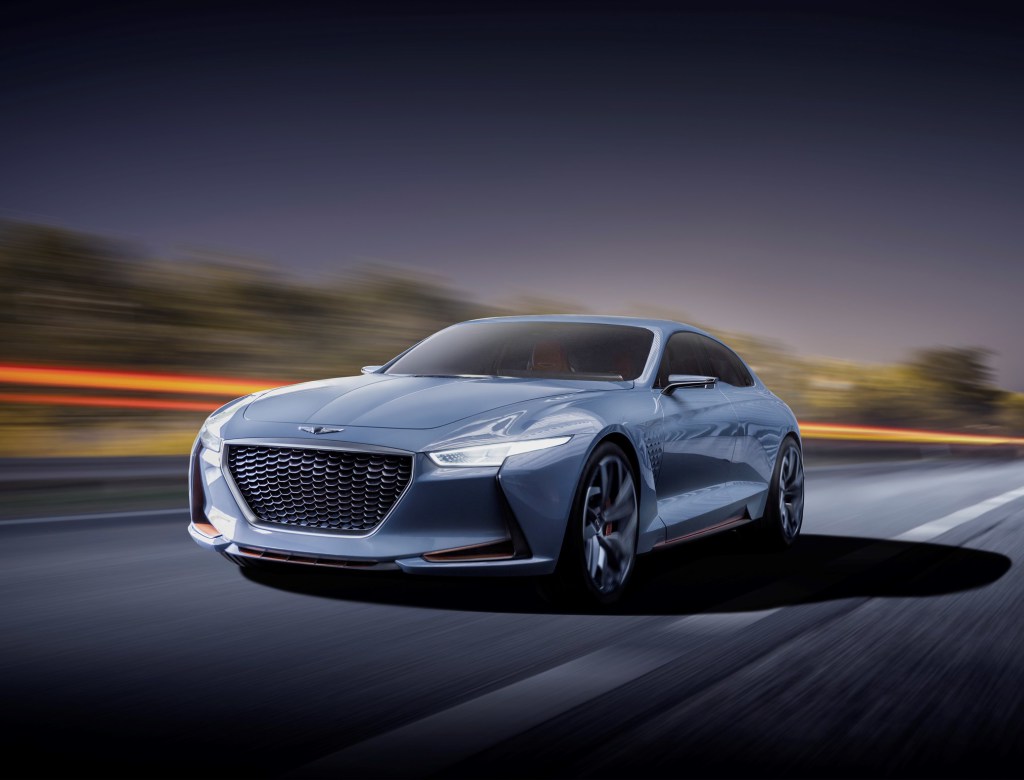 Genesis, the luxury brand of Hyundai, has broken covers offers its new executive sedan concept at the ongoing 2016 New York International Auto Show. The South Korean volume manufacturer revealed the new sub-brand last year with huge plans lined up in the pipeline and the Genesis Hybrid Sports Sedan is part of the process.

The all-new four-door concept gives a sneak-peak into how the future models originate from the Genesis brand will look like. It puts much emphasis on the luxury manufacturer’s forthcoming car to rival against the BMW 3 Series in the overseas markets. 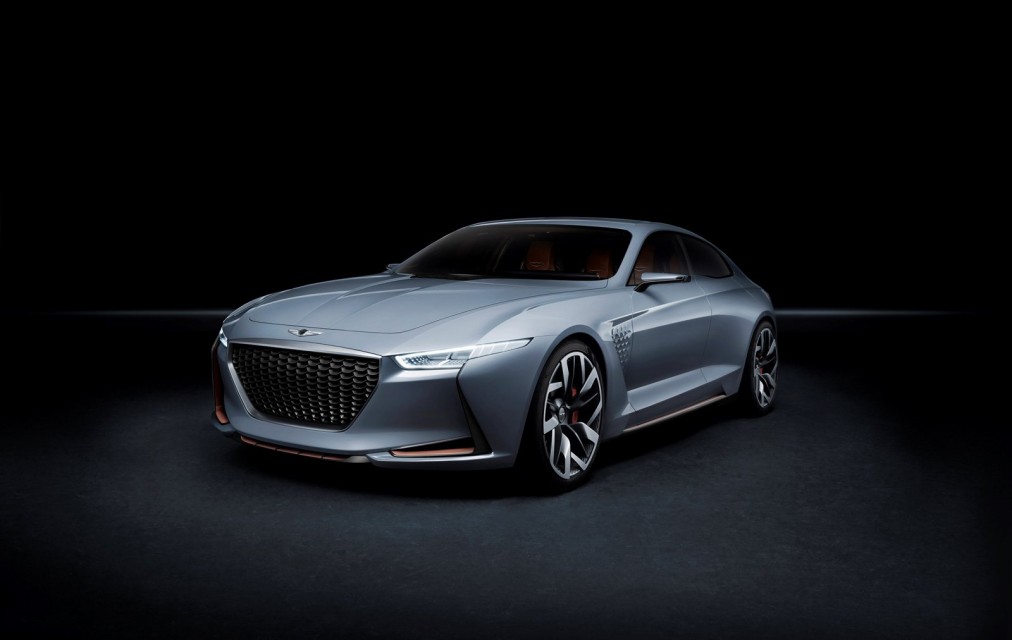 Described as the modern view of luxury, the sedan boasts of interior brimmed with leather materials while featuring opulent objects like the 21-inch curved touchscreen infotainment display screen and individually sculpted seats at the front and for the rear occupants. The centre console runs through the middle and separates the cabin into two sides.

This creates a sumptuous lounge appeal and most importantly the Genesis Hybrid Sports Sedan concept comes equipped with a futuristic HMI (Human Machine Interface).The huge high-resolution 21 incher will respond to single or multiple touch finger swipes and has the facility for handwriting recognition as well.

The passengers can ‘throw over’ content through the 3D gesture control technology with the help of gesturing with their arm from one place to the other. The beautiful looking concept has a long and wide bonnet structure and the short overhangs give it a aero-focussed sportscar design.

The horizontal headlamps are sleeker with wide mesh grille in the middle while the air gets channelled around the car for better aerodynamic efficiency courtesy of the corner ducts positioned just below the headlamp cluster.

The Genesis Hybrid Sports Sedan concept derives power from a 2.0-litre turbocharged petrol motor which is capable of mustering a maximum power output of 242 bhp. It is coupled with an eight-speed automatic transmission transferring power to the rear wheels. The specifications of the hybrid powertrain hasn’t been divulged by Genesis yet.