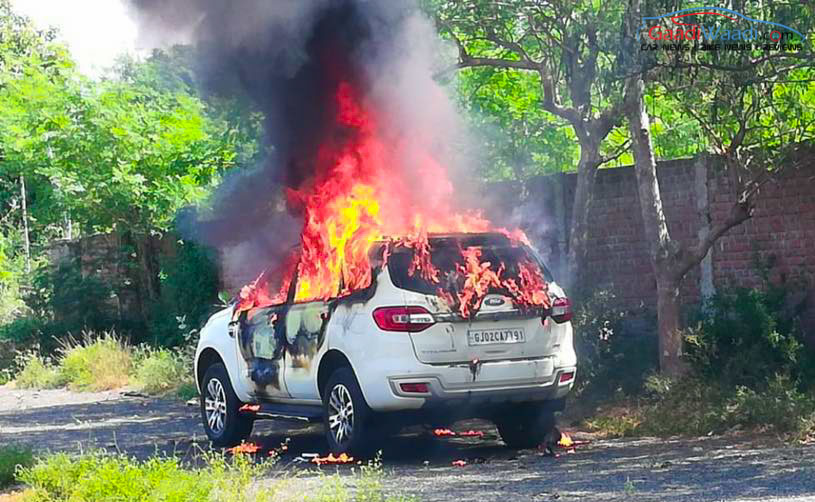 A Gujarat businessman caught on his burning Ford Endeavour and demised unfortunately last week; reasons are still being investigated

Last week, a businessman in Gujarat, Mihir Panchal, was killed in a brand new Ford Endeavour as the SUV went fireball in no time. The 42-year-old was reportedly driving his Endeavour when it caught fire at around 11 am on November 20 suddenly and it was bought only a month back.

While the local police has dismissed the rumours of homicide, the exact reasons behind his demise are yet unknown. The company has not revealed any official statement regarding what caused the fatal incident and most importantly whether it is due to any technical gremlins in the SUV or not.

Further reports suggest that local witnesses confirmed Mihir of trying to pull over on the roadside as soon as the engine was ablaze. However, as soon as he stopped the Endeavour blasted and the whole front end was burning massively. The victim was said to be wearing his seat belt when he abruptly stopped the SUV.

As every functionality of the SUV stopped responding due to the fire, he could not unbuckle the jammed seat belt and henceforth got stuck in the driver seat and could not escape out on time. The Endeavour burned into ashes despite the locals called Fire brigade and Police when the incident unfolded, as they were late to arrive at the scene. 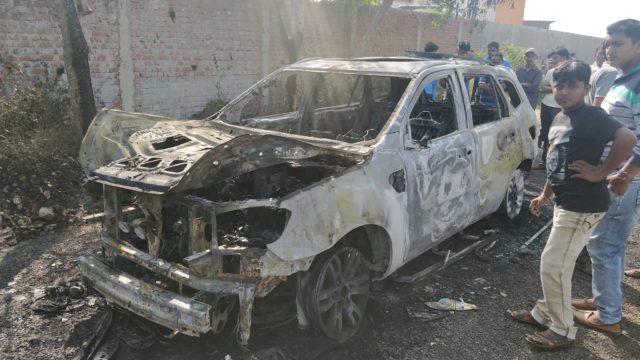 The Police investigation is still underway and no definitive cause has been concluded. This was not the first time an Endeavour was involved in a scary incident though, as a similar case was reported earlier this year but the driver managed to get out of harm’s way, fortunately.

We hope to see a definitive verdict on this case, so that who’s at fault will be known. The unfortunate incident could help in the prevention of more such demises in the future if a conclusion can be firmly underlined.