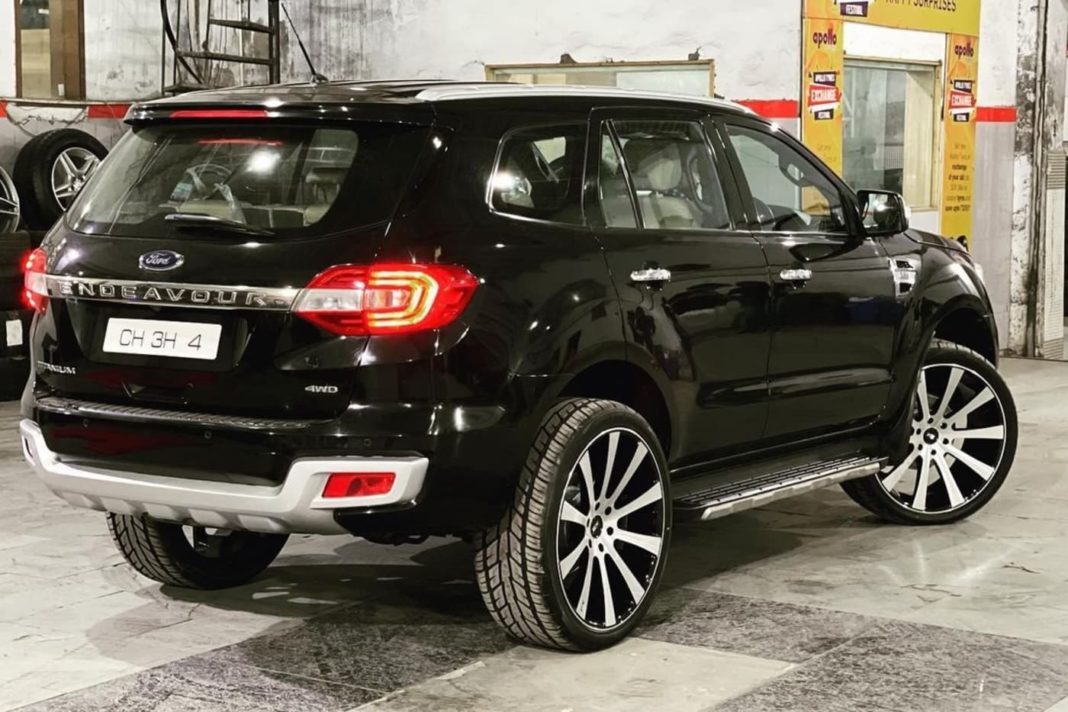 Check out this modified Ford Endeavour, which wears a set of massive 24-inch custom wheels, which make it look extremely butch

Auto enthusiasts love to modify their vehicles, and usually, they then put their pride and joy on display. In India as well, we’ve seen varying degrees of customisations on cars, consisting of visual as well as mechanical changes. Here, we have one such example, of the former kind – a Ford Endeavour with custom alloy wheels.

As standard, Ford Endeavour is available with 18-inch alloy wheels, which look good and provide great driveability. This one, however, gets a set of 24-inch alloys instead, which look much more badass. These multispoke wheels feature a complete diamond-cut finish, which contrasts well with the all-black exterior paint. The rims and are shod with low profile rubber, which adds a sporty touch.

The biggest downside of low-profile tyres is deteriorated ride quality, but the Endeavour’s supple suspension can easily compensate for that. As such, ride comfort may not take a big hit. That said, the vehicle’s off-road capabilities will also be impaired by this mod, but we figure that the owner will probably never leave the tarmac. 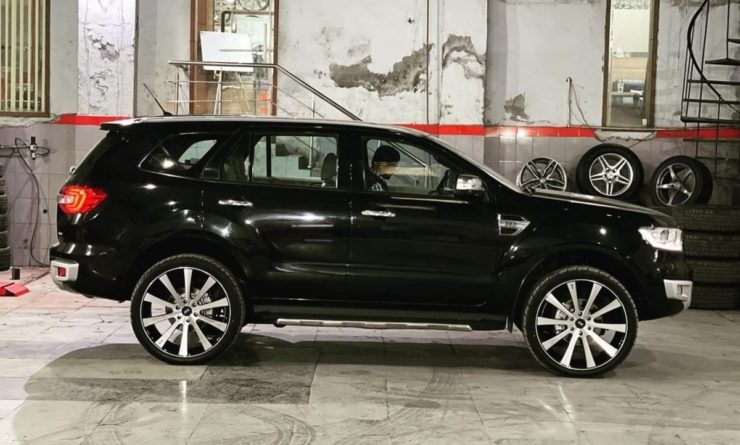 The SUV has massive wheel arches, which accommodate the new wheels very well. The rest of the vehicle seems to be in stock condition though. The Ford Endeavour (latest BS6 model) has a 2.0-litre, inline-4, turbocharged diesel engine under the hood, which generates a maximum power of 170 PS and a peak torque of 420 Nm.

There’s a single transmission option on offer here – a 10-speed torque-converter automatic – which can be had with either a rear-wheel-drive or a four-wheel-drive system. This particular model is the top-spec ‘Titanium 4×4’ trim, which gets a 4WD drivetrain. 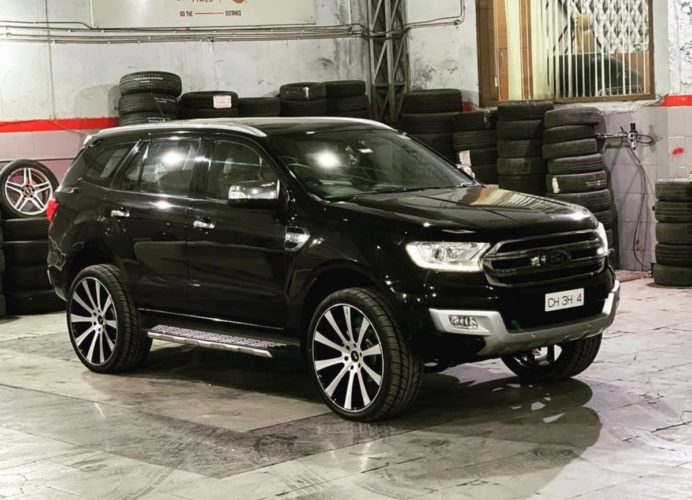 Ford recently introduced a ‘Sport’ variant of the Endeavour, which replaced all the silver/chrome parts on the exterior with piano black ones. Even the interior gets a dark colour scheme, which elevates the premium feel of the SUV. The 2020 Ford Endeavour is priced from 29.99 lakh to Rs. 35.10 lakh in the Indian market, and its competition comprises of the Toyota Fortuner, Mahindra Alturas G4, and even the upcoming Isuzu MU-X.